The Wythe House is one of the most popular destinations on our Williamsburg Ghost Tour. See here to discover what lurks in this historic haunted home. 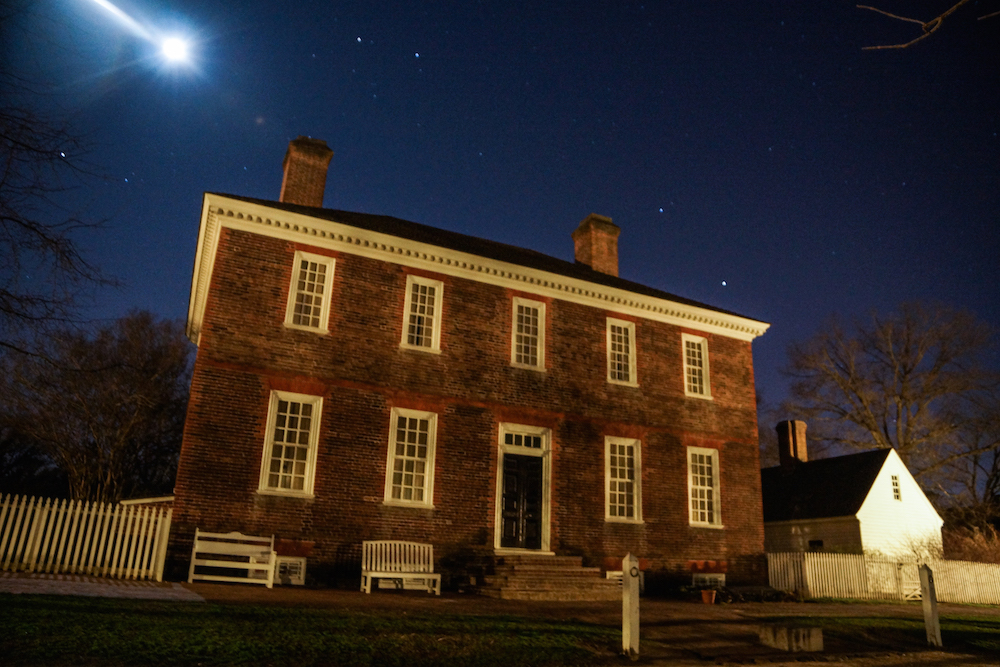 The George Wythe House is one of Williamsburg’s most famous historical landmarks. It has been the home to numerous of the town’s elite for centuries. Two prominent figures who stayed in the house were General Washington and French General Layfette, who quartered there while making plans for the Battle of Yorktown.

The haunting of the Wythe house began with one of its residents: Ann Skipwith and her husband, Peyton Skipwith. The couple was close friends with George Wythe, who often visited the property. Mrs. Skipwith passed away and was buried at the Briton Perish Church (another haunted location in Williamsburg).

The circumstances of her death were mysterious, and the rumors surrounding her death give the home its eerie reputation.

The first rumor surrounding the death of Lady Ann Skipwith is that she had a miscarriage and died in the arms of her lover. Other rumors contradict this.

In the second story, Ann committed suicide in her husband’s bedroom after discovering his adulterous affair with her sister. Mr. Skipwith’s marriage to Ann’s sister shortly after her death may have been the source of this gossip.

Yet another rumor suggests Ann and her husband attended a ball, where he flirted with other women. She ran home, losing a shoe along the way. Her jealousy was enough to make her flee and take her own life.

The townspeople were quick to call out these rumors, believing it was all hearsay meant to ruin Mr. Skipwith’s reputation. Now legend has it that Ann’s spirit still roams around the Wythe House, unable to rest from the pain of discovering her husband’s affair.

Some visitors claim to have seen Lady Skipwith’s spirit roaming the property in her ball gown.

Others report hearing strange noises of someone running up the stairs with what sounds like the tread of someone wearing only one shoe. Another visitor claims to have witnessed Lady Skipwith’s wardrobe door opening and closing on its own.

Wythe was quite wealthy by the time he reached old age. He set up his grandnephew, George Sweeney, to inherit a significant amount of his estate. However, Sweeney was knee-deep in gambling debt and needed to pay back his loans. He planned to poison Wythe to get his inheritance earlier.

The poison made Wythe die a slow and agonizing death. Now it’s believed to be that his spirit haunts the Wythe house. He was never able to rest properly since his own blood killed him with greedy intentions. Sweeney was charged with the murder, but the case fell through due to a lack of credible witnesses.

Williamsburg has a lot to offer for its visitors. People can experience the vast cultural history of colonial America and visit some of the east coast’s most haunted locations. Our guides will take you to all the best spooky locations with our Williamsburg Ghost Tour. 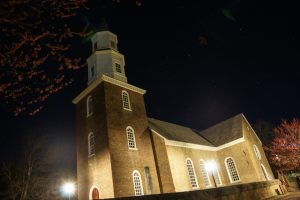 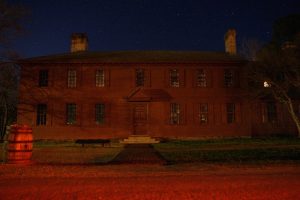