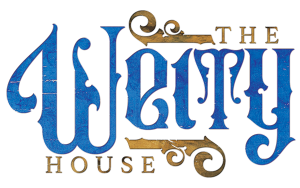 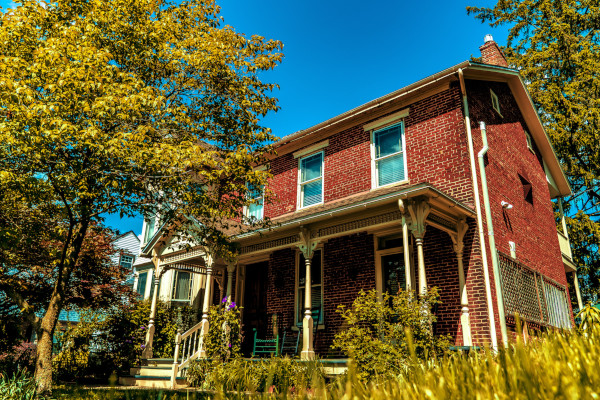 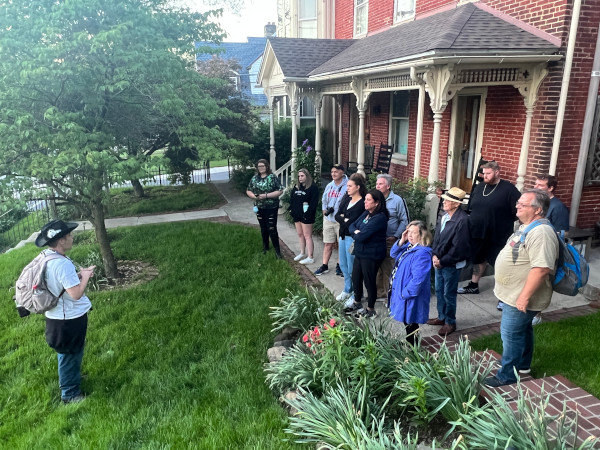 Prelude to the Battle of Gettysburg

In June of 1863, much of Gettysburg’s population of 2,400 people fled on news of the incoming Confederate Army from Virginia under the command of Robert E. Lee. In June 28, their forces had captured York, Pennsylvania, an industrial town and the largest northern city to be captured by the Confederates during the war. Gettysburg encompassed over 400 structures and supported 420 households, 25 of which were occupied by African-Americans, who made up 9% of the total population.

As Union forces fled the city of Gettysburg in a rout, they were relentlessly pursued by their confederate pursuers. Desperate combat descended through the streets, alleyways, and buildings of Gettysburg. The civilian population hid in cellars and took cover where they could. Confederate sharpshooters took up positions in homes throughout the town to pick off fleeing Union Soldiers, and later targeting their entrenched position atop Cemetery Hill. The streets were so full during the retreat down Baltimore street and through the city that one observer remarked that she could have crossed the street by walking on the heads of Union soldiers. The Welty family, and their neighbors the Rupps, sheltered for their lives with the rest of the town.

The Battle of Gettysburg 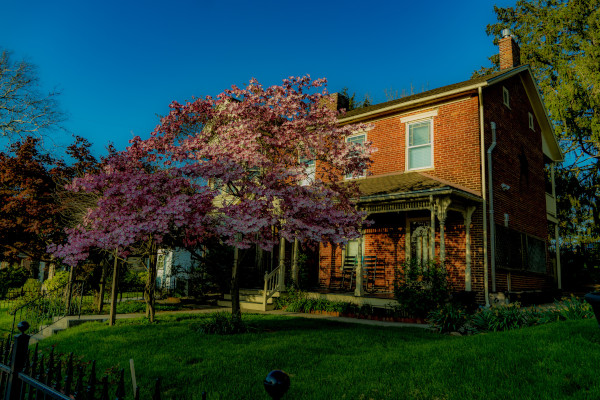 The Welty House was the site of gruesome fighting during the Battle of Gettysburg and was used as a sharpshooter position for Confederate forces. It still bears scars from the battle, which one can see and touch. The home sheltered the Welty Family and their neighbors, the Rupps who lived across the street, in its basement. Following the battle, the Welty House property served as a temporary burial ground for 36 Union and confederate soldiers, and it later witnessed President Abraham Lincoln and his procession down Baltimore street to deliver the Gettysburg Address on November 19, 1863, the anniversary of which is celebrated each year in Gettysburg.

At the time of the battle of Gettysburg in July 1863, Solomon lived here with his wife and five children: At the time of the battle, the home’s occupants included Solomon (45) and his wife Jane (44), and their five children James (22), Mary (20), John (16), Sarah (15), and Margaret (9). Two of their children, Henry and Robert, died as infants.
Towards the end of the first day of the Battle of Gettysburg, 1 July 1863, the Confederate forces occupied the town, pushing the Federal army back up Cemetery Hill. Thereafter, one of the dividing lines between the two armies was roughly at the southern edge of the town – the dip in Baltimore Street. Thus, the Welty House was in the firing line! Skirmishers and sharpshooters encountered each other at close range on opposite ends of the house. There were few structures in this vast open farmland. Across the street in 1863 were the Rupp House and Tannery, and the city’s first well, a site which is marked to this day. Between the Welty House and the Union’s defensive positions along Cemetery Hill was the home where Jennie Wade was struck by a confederate sharpshooter’s bullet and killed, the only civilian casualty of the Battle of Gettysburg. Many believe the most likely firing position of the bullet that killed Ms. Wade was fired from the Welty position.

On July 2, a Union force, the 17th Connecticut, advanced to the fence on the Welty property to repulse the confederates attack on Cemetery Hill, while under fire from sharpshooters. 9 union soldiers were killed before they were relieved. Skirmishes continued along the front lines on the Welty property.

Confederates were on one side of the house, Union forces on the other. Capt John Lutz of the 107th Ohio remarked “The enemy appearing in heavy force, the regiment was ordered to the south end of the town, where it posted behind a board fence, holding this position until 7PM July 2, during which time heavy skirmishing was going on between the regiment and the enemy’s sharpshooters.” The Confederates attacked Cemetery Hill that night, and scores of men lay dead in its aftermath.
John Rupp wrote the following letter to his sister, which describes how he took his family across the street to shelter in Solomon Welty’s cellar, which has a spring that runs to this day and would have provided them with drinking water. This story was supported by one of Solomon’s daughters, who shared a story of hiding in the basement shortly before her death in old age of hiding in the basement during the Battle of Gettysburg.

Gettysburg, July 19, 1863
Dear Sister Anne
I received your letter of the 6th on the 13th inst, and was happy to hear from you. I am very thankful to Almighty God for his mercyfull goodness in protecting and bringing us all, safely through this terrible slaughter of human life. We have all escaped bodily injury. My property sustained very slight injury indeed, considering the heavy cannonading of boath armies. Our house was under fire of boath armies from Thursday morning until Saturday morning. An I hardly know whare to begin to tell you about our trials. When the battle commenced on Wensday morning (July 1) we took our children and went over to Mr. Welty’s celler. We stayed thair until Wensday evening. After the fire ceased, we came home and all slept on the floor that night, such sleep as it was. Thursday morning (July 2) when the battle again began we went to our own celler, (and) stayed thair that day. In the night of Thursday father came and took Caroline and the children up to his house. I was then in the celler by myself, that Thursday night (July 2) and all day Friday and Friday night until Saturday morning (July 4), when relief came by our troops coming into town on (the) double quick; happy moment Ann . The Rebs had my Tannery in thair possession for four days thay used the shop for a fort. It was full of Rebs firing on our pickets up at Welty’s fence. Now, Ann I will tell you about my warm and uncomfortable situation I was placed in after Caroline and the children had gone up to fathers. The Rebs occupied the whole of town out as far as the back end of my house. Our men, that part of town wich lays between our house and the Cemetary, wich is not much as you know, and the Cemetary and all the high ground for miles around. Our men ocupied My porch, and the Rebels the rear of the house, and I the celler. So you can see that I was on neutral ground. Our men knew I was in the celler, but the Rebs did not. I could hear the Rebs load thair guns, and fire. Thair was one of our men killed under my big oak tree in the lot, and one in Snyders meadow close to our house. The Rebs occupied Mr. McCreary’s house, from wich thay could pick off our men as thay pleased. Our sharpshooters found it out ,and kept a look out and finely shot one in Mr McCreary’s front room up stairs and killed him on the spot, and also killed two up in Mr. G. Schrivers house, next to Mr Pierces. I sustained no loss in Stock, but the Rebs broke all the glass and sash in the shop. I gathered up a double hand full of Minie Balls in my dwelling after the battle that ware shot into it from boath armies. If you could have
heard the shells fly over our house from boath sides. It was awful. I cannot describe it to you, but you can judge from the number of cannon on our side. Genl. Steinweir told me we had 330 cannon in play, and you may know the Rebs had as many more, It was awful thunder. Virginia Wade was killed while neading up her bread for her sister up in the house that Ellen Frieberger used to live. Several others were hit on the shin with spent balls, ware if thay had stayed in thair houses, (it) would not have happened to them. I cant tell you all, it would take me a week to do so. Our house is prety well riddled, thay balls passing through our bed steads, no shell struck it. Father’s house was struck with Shell. Mr. Stuck’s house was struck with four shells, wich made large holes clear through it. Thair ware two shells passed through you old homestead, not doing much damage. I think we have given the Rebs a sample of Penn life in wich thay will remember Gettysburg, for even our beautiful cemetary has suffered very much. But I would go through it all again, the same fire again, if we had them back again, to repete the same woes to them again. But I think the fall of Vicksburg and all our recent victory will bring things to a focus. Grant is doing things up. We call our baby John Grant, fine little fellow he is too. We have had no Sunday for four weeks. Every church and hall is taken for Hospitals. I will tell you more when I see you. We are all well. Lile, Lou, Mat are well lickwise.

I remain your brother
John Rupp

You can still view the scars of the battle on the side of the Welty House, as impact marks remain in the brick. Confederate sharpshooters occupied the home and took aim against Union forces overlooking the town on Cemetery Hill. Union artillery was poised to destroy the home, but officers ordered the home spared to reduce possible civilian casualties.