Blair House features a dark history of assassination attempts and hauntings. Find out all the gruesome details on our tour of haunted Washington DC. 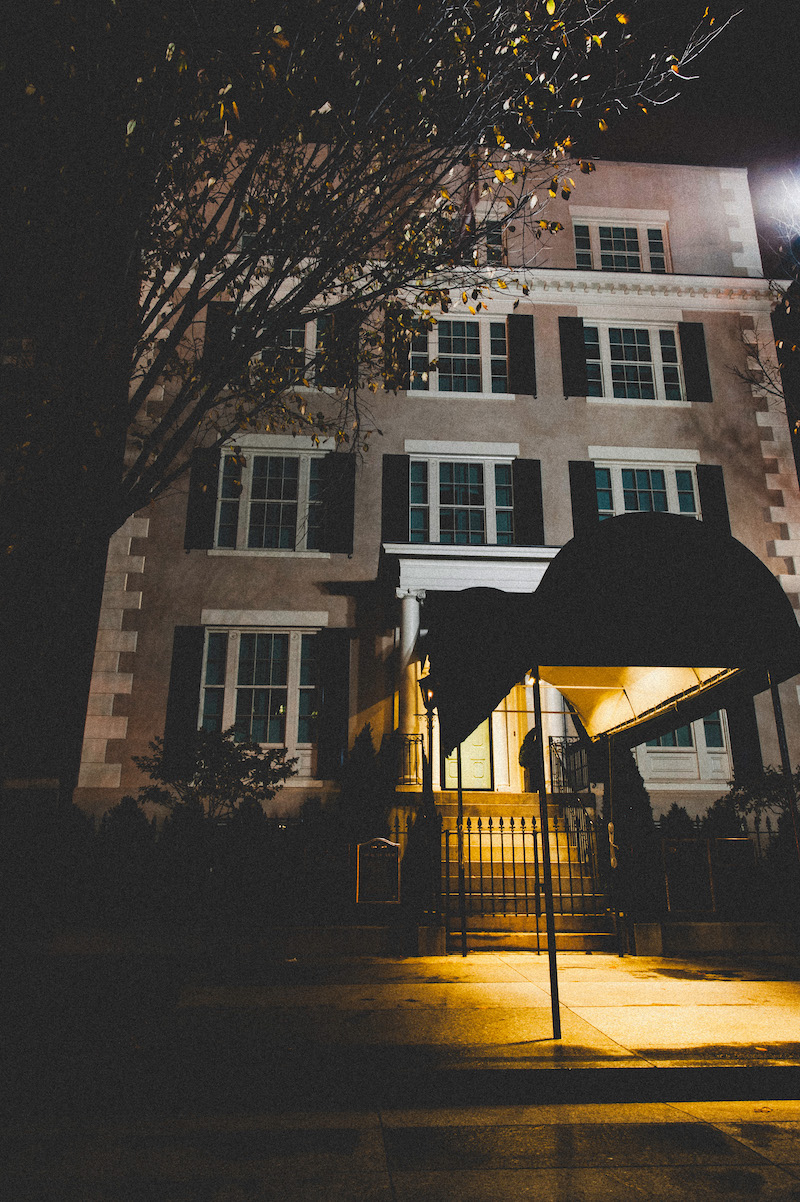 As the official guest house for the President of the United States, it is safe to say that no home has seen as many VIP guests as Blair House. It is in use to this day, acting as home to Vice President Kamala Harris for two months.

First built in 1824, this building has stood in Washington for almost two centuries, and its incredible history continues to grow.

But not all is as it appears in this prestigious home—Blair House also has a darker, eerier history. Discover it on a tour of haunted Washington DC with US Ghost Adventures.

An Assassination Attempt on the Front Steps

Perhaps the most astonishing story to come out of Blair House was the assassination attempt of President Harry Truman in 1950.

On November 1st, 1950, the assassination attempt took place right outside Blair House with thousands of onlookers. Perhaps most incredibly, President Truman slept through the entire thing. He had been napping in the front bedroom. His security bore the brunt of the attack, where the assailants attempted to shoot their way into the property.

Leslie Coffelt, one of the serving officers, is credited with saving the President’s life. At precisely the right moment, Coffelt fired a single bullet at the would-be assassin, hitting him just above the ear and killing him instantly. Had Coffelt not been there, the assassin would have had a clear shot of President Truman, and history would remember this event much differently.

Tragically, Coffelt succumbed to his injuries during the altercation and ultimately passed away. Perhaps one of the most noticeable aspects of Blair House today is the plaque in honor of Coffelt’s brave sacrifice. It is impossible to ignore the harrowing echo of what happened on those steps.

It isn’t just the assassination attempt that makes this location so hauntingly remarkable, either. Guests of the auspicious home have reported numerous sightings of unexplained apparitions, including that of President Truman himself!

Besides presidential figures and national heroes, other hauntings are perhaps less recognizable but no less hair-raising. Members of the original Blair family are said to wander the halls of their home to this day, heralded by a ‘rancid smell’ from the hours of one to three am.

Perhaps most terrifyingly, guests have reported witnessing the images of children in reflective surfaces, only to see no one there once they had turned to look.

One thing is for sure: this is one house you need to see before you die.

Washington DC has a rich history, and countless high-profile individuals have passed through this city, a hub in national and global politics. Our Washington DC ghost tours dive beneath the glossy veneer of this political beast, exploring in detail some of the darker happenings you may have never heard of about the haunted side of DC. 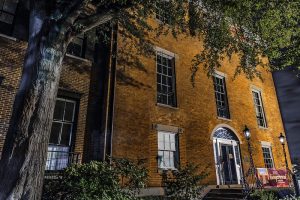 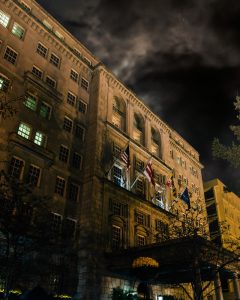