Doors unlocking, unexplained chills, and the strange aroma of almonds all haunt the Hay-Adams Hotel. Discover its dark secrets on a tour of haunted DC! 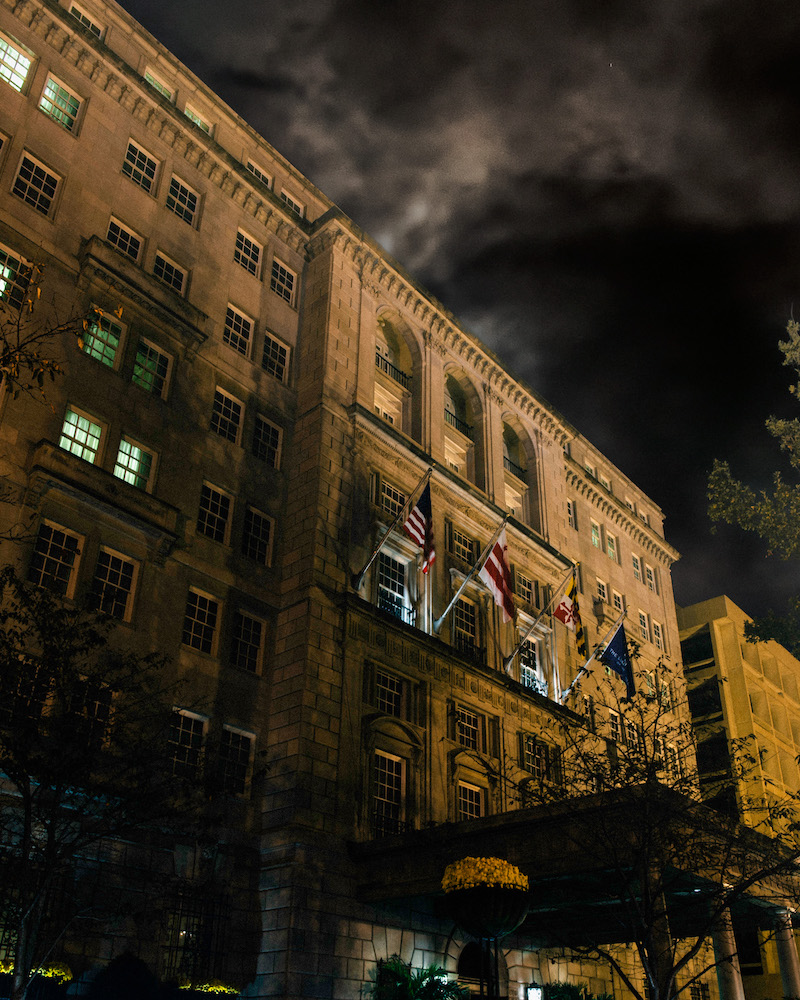 The Hay-Adams hotel is no stranger to spooky happenings. Doors lock and unlock by themselves, and radios start to play obscure tunes unprompted. Objects move entirely by themselves.

Perhaps most disturbing are the reports of a woman mournfully wailing, echoing throughout the corridors of the hotel.

Discover what dark secrets have steeped into the walls of this famed hotel on tour with US Ghost Adventures. Our guides will show you the haunted side of Washington DC for a history lesson you won’t soon forget.

A Socialite With a Tragic End

The most likely source of this wailing is Clover Hooper Adams. An American socialite, Clover married American historian Henry Adams in 1872.

The couple enjoyed a high standard of living, navigating only the most prestigious social circles throughout their marriage. They and three of their closest friends famously became known as the Five of Hearts, and they dined with everyone from Mark Twain to Henry James and Teddy Roosevelt.

Clover was charismatic and vivacious. Indeed, her affable personality was the inspiration for many of the characters in Henry James’s novels. The most notable examples are Daisy Miller and Portrait of a Lady. Unfortunately, the glamorous and vibrant lifestyle of the Adams was not to last.

Following the death of her father, Clover fell into a deep depression. She was no longer the enthusiastic center of attention that she had always been. Unable to pull herself out of her slump, she ultimately committed suicide by ingesting the potassium cyanide she had always used to develop her films.

Tragically, it was Henry who found her lifeless body. The newspapers reported that Clover had suffered a heart attack rather than reveal the truth.

Henry was devastated after the passing of his wife. Still, he remained committed to building what would have been their home together: the Hays-Adams hotel. Clover was not alive long enough to have ever lived at the property, but many say that is why she wanders the halls to this day. She is staking a claim in a home that should have been hers, desperate to live there alongside her husband once more.

The distinct scent of almonds often heralds her presence. At first, the staff could not explain where the smell was emanating from or why.

Then someone made a chilling discovery that ultimately indicated Clover’s presence: the scent of almonds is closely associated with one particularly toxic chemical: potassium cyanide.

Besides Clover, other residents appear to be permanent guests. You are never quite alone when occupying one of the rooms at the Hay-Adams Hotel.

Visions ranging from floating orbs to full-body apparitions have been spotted by guests, both in their rooms and roaming the halls of the grand building.

Unexplainable ‘cold spots’ also occur throughout the hotel, where a small space will feel entirely freezing in an otherwise warm room.

As the capital of the United States, Washington DC is one of the most exciting cities to tour. We all know the significance of the nation’s capital—but what lurks beneath the surface? That’s what you will find out on one of our ghost tours of haunted Washington DC with US Ghost Adventures.