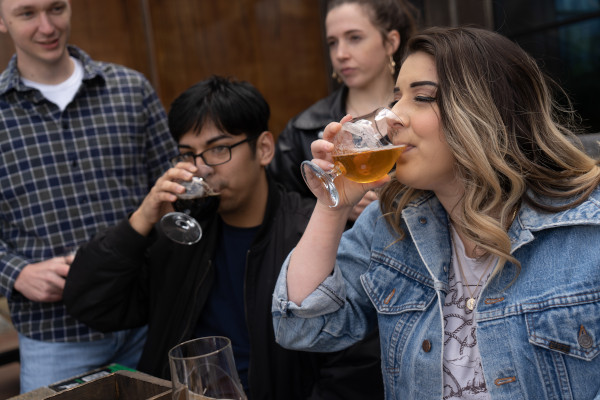 Need a little liquid courage before hearing ghastly tales at Washington D.C.’s most historic haunts and hotspots? Try the new Boos and Booze Haunted Pub Crawl for some genuine scares, spirits, and spirits in Washington D.C.

Because the Capital of the Free World dates back to the Founding Fathers, it is positively oozing with unexplainable encounters and dark history.

The White House itself is inhabited by several ghostly residents with Abigail Adams, Andrew Jackson, and Abraham Lincoln being spotted by figures as respected as fellow presidents and first ladies.

To the rear of the White House lies Lafayette Park, also known as Tragedy Square. During its storied and often macabre history, the park was used as a graveyard, a zoo, an active slave market, a modest racetrack, and an encampment for soldiers during the War of 1812. Lafayette Park is bordered on all sides wit h restless spirits that wander its squares and the houses that surround it, including the Decatur House, St. John’s Church, and Octagon House.

Twisted Tales of the District

On our Washington, D.C. pub crawl, we’ll share the stories behind the ghost of Mark Twain and the ex-Presidents whose spirits refuse to leave their most famous haunts as we take you through some of D.C.’s most exciting pubs.

Of course, the ghostly manifestations of the District consist of more than just our former leaders. The brutal murder of John McCullough and the debaucherous back alley deals during Prohibition also laid the groundwork for many shadowy tales. There’s no more fun way to learn the town’s ghostly lore.

From one of the city’s oldest establishments which hosted Presidents McKinley, Roosevelt, and Grant to Proper 21, described as “Tom Ford meets Thomas Edison,” you’ll see the best bars D.C. has to offer. No other tour provides spine-chilling stories one moment before tossing back drinks just steps of the White House. There’s no better way to learn the city’s sordid political secrets while sipping on spirits.

What Will You See on Our Haunted Pub Crawl?

Our haunted pub parade offers you an opportunity to see the most famous watering holes in our nation’s capital while learning about The District’s unique and debaucherous past.

There’s no tour that combines eerie entertainment, freaky fun facts, and the opportunity to meet like-minded lovers of libations, not to mention the metaphysical! In Washington D.C., local knowledge goes a long way, perhaps more than any other town in America! Your conductor of the spine-chilling will steer you to the coolest, creepiest, and most celebrated watering holes this awesome city has to offer. You’ll see a side of the city that even some natives miss out on!  You’ll end the night not only visiting some of the most talked-about bars in the city but also armed with enough festive facts to enthrall your friends back home. 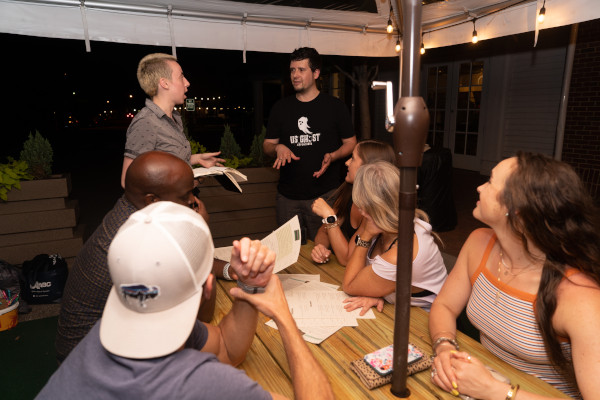 D.C.’s historic Rhodes Tavern is frequently visited by the ghost of Mark Twain, who is guiltily trying to right his past mistakes motivated by his drinking habit. 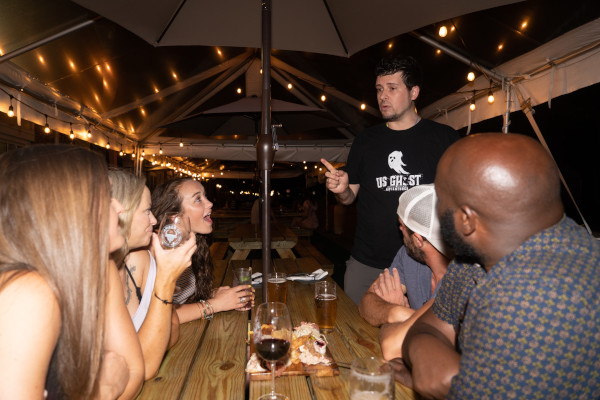 Round Robin Bar is located inside the stunning Willard Intercontinental Hotel and has been called the “Oval Office of bars” due to its host of presidential guests over the years.

The Willard is known to be haunted by none other than Civil War general and U.S. president, Ulysses S Grant. Countless guests and staff members over the years claim to have seen him sitting his favorite chair in the lobby enjoying his brandy. 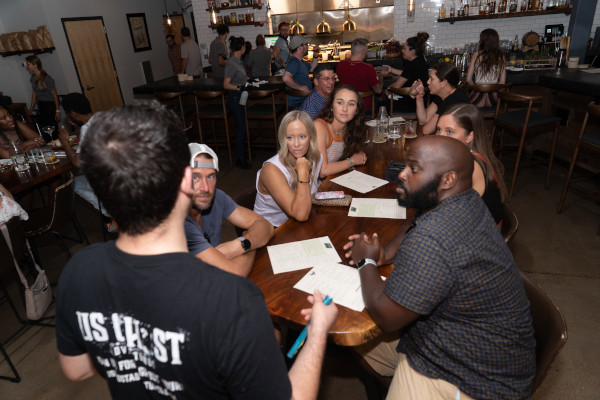 D.C.’s Proper 21 bar was formerly the site of Shoomakers—the unofficial “Third Wing of Congress” because of how often you would find politicians arguing over drinks.

The ghost of Col. Rickey, Shoomaker’s original owner, is reported to frequent this locale.  Apparently, his ghost is looking for Shoomaker’s glory days where they served some of the elite residents of Washington D.C.