The Norwegian Lady statue is an iconic symbol along Virginia Beach. But this forlorn figure is shrouded in tragedy. Discover more on a USGA Tour. 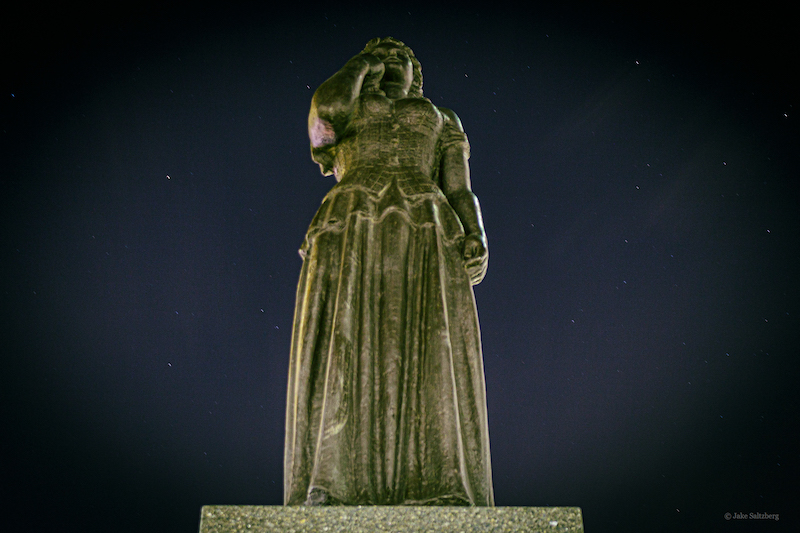 Along the oceanfront boardwalk in Virginia Beach stands a 9-foot lady, crafted in bronze and looking longingly out across the ocean. Looking at this iconic statue, passersby likely have no clue that far away, in the sister city of Moss in Norway, an identical bronze-clad woman gazes back at her.

These twin figures, known as The Norwegian Lady Statues, represent the sinister, heart-breaking history of a tragic shipwreck and the innocent lives lost at sea.

Learn about the Norwegian Lady and other sites of haunted and tragic happenings on a ghost tour of Virginia Beach. US Ghost Adventures guides you through the historical and hair-raising to show you the spooky side of this tourist destination.

On March 27, 1891, a Norwegian ship called the Dictator met its untimely demise off the coast of Chesapeake and Virginia Beach. The ship had journeyed far from its homeport of Moss, Norway, and was making its way up the coast from Florida to New England. Hit by storms repeatedly, this 15-crew cargo ship needed to make a stop to seek refuge from the terrible weather and repair damages before finishing their mission.

While creeping along the coastline to stop for service in Norfolk, VA, the crew met with gale-force winds, tossing and turning the Dictator. Having already sustained sufficient damage, the ship couldn’t withstand the violent storm.

They collided into a sandbar off the coast of Virginia Beach. The shipwreck destroyed their lifeboats and stranded the poor souls on board.

As residents and tourists of the town held their breath from the shore, the rescue service set out into the choppy, deadly waters to save the living. Their efforts were only somewhat successful. Of the 17 people on board, they could only save eight.

To this day, locals allege that—on dark and stormy nights—the ship’s sails can be seen waving in the wind: a memorial frozen in time for the lives lost on board the Dictator.

The Ghost of Johanne Jørgensen

If you’re paying close attention, you may have noticed that 17 people were onboard the Dictator, with the crew itself making up only 15 passengers. That’s because on this particular voyage, the captain of the ship, Captain Jørgen M Jørgensen, was accompanied by his wife and 4-year-old son. A cruel twist of fate brought them aboard this doomed vessel, only to meet their demise.

While the captain himself survived the shipwreck, his wife, Johanne Jørgensen, and their beloved son drowned before the rescue service could save them.

In the following days, they found the ship’s wooden figurehead washed ashore. The Norwegian Lady, a figurehead meant to guide the ship to safety, was planted on the shore facing the ocean to memorialize the lives lost.

Legend has it that the voice of Johanne Jørgensen, crying out for her son, can be heard in the wind, as if she has taken up residence in today’s modern memorial to this international tragedy.

Home to miles of oceanfront boardwalk and the Virginia Aquarium & Marine Science Center, Virginia Beach is an incredible location to explore the wonders of the Atlantic ocean. But not all its history is quite so bright. Delve into the darker depths of this historic city’s past and sign up for a USGA Tour today. 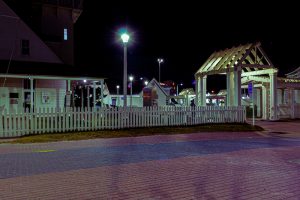 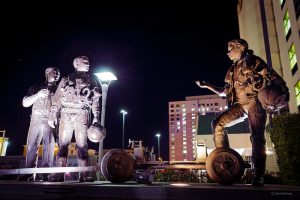