A legacy of revenge and bloodshed plagues the historical O.K. Corral. Join a US Ghost Adventure tour of Tombstone and explore its haunted history. 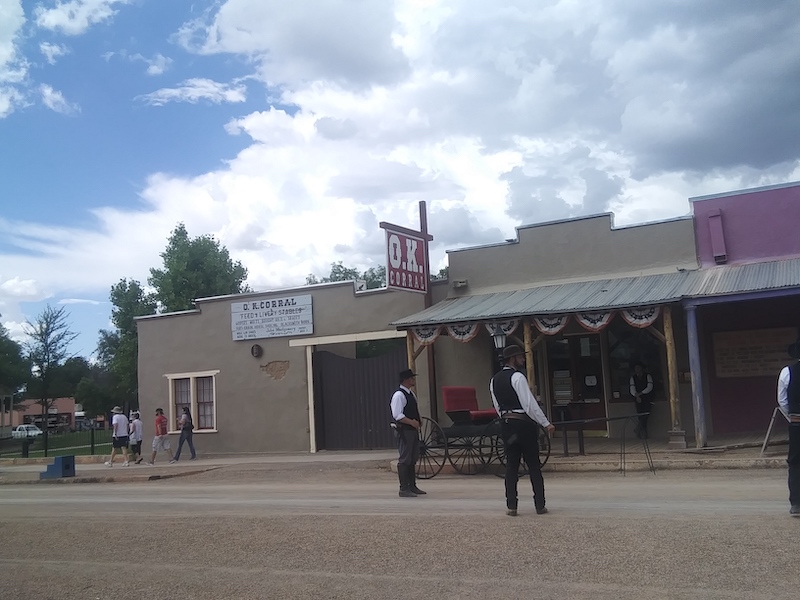 There is nothing that screams Wild West as a good old-fashioned shootout. Regarded as the most iconic showdown of the old Wild West, the shootout at the O.K. Corral in Tombstone, Arizona was one for the history books.

A visit to this historic location is a must on your trip to Tombstone, but be careful: you may have to dodge a few bullets.

Join US Ghost Adventures and learn about the spooky side of this historical event that the other tours don’t show—or don’t dare to show. We delve into the haunted side of history on our tour of the O.K. Corral and Tombstone, AZ.

Life and Death in the Wild West

The O.K Corral was a common livery and horse corral. This city staple was essential for life in the old west, and the business thrived from 1879 to about 1888.

And while history is a bit fuzzy on the precise location where the infamous gunfight took place, the O.K. Corral has earned its place in history as the supposed location where iconic westerners, including Virgil Earp and Ike Clanton, drew their weapons.

There was a long-simmering feud between local lawmen leading up to the shootout, involving Virgil Earp, Morgan and Wyatt Earp, and Doc Holliday, and a crew of outlaws known as “The Cowboys.” Some of the most notorious of the gang were Billy Claiborne, Ike and Billy Clanton, and Tom and Frank McLaury.

The conflict was rising for years. However, the final straw was when a law went into effect on April 19, 1881, requiring everyone to check their weapons at the livery before entering the premises. The Cowboys didn’t appreciate the new rule, seeing it as a power-grab by the corrupt lawmen of Tombstone.

So on October 26 of 1881, the Cowboys rode into town to challenge the lawmen’s authority. Legend has it that the police demanded their guns, but the outlaws refused. In the mayhem that followed, the McLaury brothers were killed. Some of the shooters fled from the fight, and many others were injured.

Thirty shots were fired for just thirty seconds. There was so much smoke surrounding the scene that onlookers could hardly distinguish what was happening until the dust settled, revealing the bloodstained ground.

Spirits of the Shootout

Today, the bloody aftermath of battle has long since washed away, but the ghosts of past violence still inhabit the O.K. Corral. Travelers and locals alike have reported seeing Cowboys and Lawmen, guns drawn. Their apparitions pace up and down the street outside of the building, waiting for their shot at revenge.

The manager of the O.K. Corral has reported seeing a tall silhouette with a brimmed hat standing in the doorway. This figure appears as if returning to claim the territory as his own.

Guests also have reported spots of mysteriously cold air in the building and the sound of ghostly horses approaching in the distance.

A trip to Tombstone is like waltzing into the Wild West. With a rich history of cowboy showdowns, haunted theaters, and scandalous saloons, it is the perfect destination for history buffs and thrill-seekers alike. Don’t be afraid. Step into the shadows of this historic town on a US Ghost Adventures Tour of Tombstone. 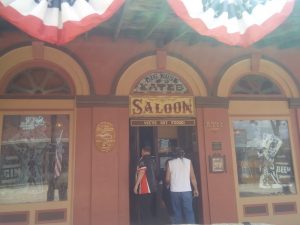 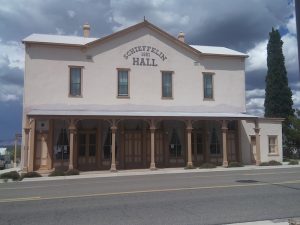