The iconic Floridian Palace looms over Tampa. What secrets are hidden in its shadow? Find out on a US Ghost Adventures Tour of Tampa’s haunted past. 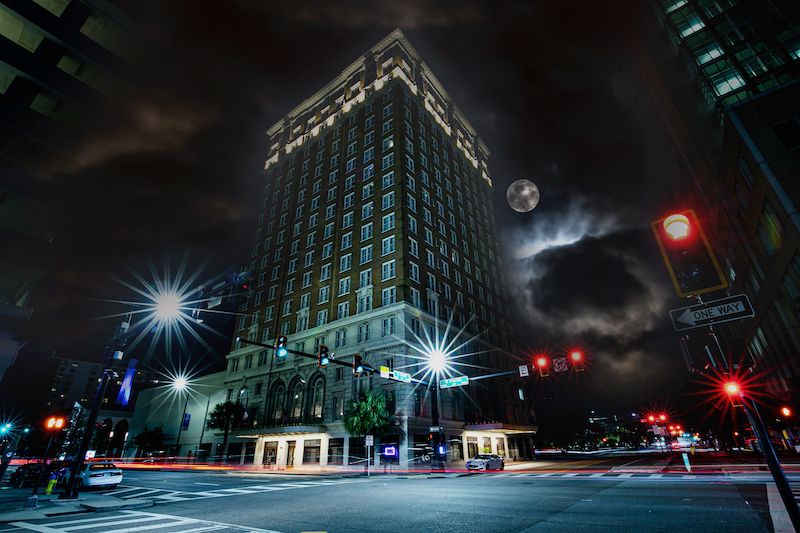 Gaze beyond the palm tree-lined beaches and peer through the Spanish Moss swirling in the breeze, and you’ll see a more sinister side of this tourist haven. Tampa, Florida has long been considered a vacation destination. With miles of beaches along the warm Gulf of Mexico and theme parks galore, this city has a reputation as a dreamy paradise. But what ghostly horrors await, fouling the humid sea breeze?

If you’re a traveler itching to explore the darker side of the Sunshine State, book a room at the Floridian Palace Hotel in Tampa. But beware—this iconic building has a hidden history that suspiciously didn’t make it into the National Registry of Historic Places.

Erected in 1926, The Floridian Palace was the tallest building in Tampa until 1966, casting shadows across a city crawling with secrets. During its years of glory, the hotel bar, called the Sapphire Room, was a hotspot for schmoozing over cocktails. Cigar smoke and mafia tycoons filled the joint, leaving behind a legacy of botched business deals and blackmail. The smoky stain of suspicious activity haunts the hotel still today.

During World War II, the Sapphire Room was commonly swarmed with soldiers who were training at the nearby Drew Field. The bar earned the nickname “The Surefire Room,” as mischief was always brewing in this refuge from the battlefield. As years went by, more and more of these troops shipped out to face their bloody end during the war. Once a beloved place for these fallen soldiers, it is said that their ghostly laughter still echoes through the bar.

Over the decades, the hotel has traded hands many times, mystery building with each transfer.

Once the height of luxury travel, the Floridian Hotel took a sharp downward turn in the 1980s. For a period of time, most of the clientele were forlorn travelers and migrant workers. The inhabitants’ dark reality clashed with the hotel’s glitz and glamour, and the space began to deteriorate.

The building joined the directory of the National Registry of Historic Places and underwent substantial renovations in the decades to follow. However, the grim history of the former residents and bar-goers still haunts The Floridian Paradise. Rumor has it that you can still hear muffled cries in foreign tongues of lost travelers living in dilapidated conditions, trying to survive another day.  Updated amenities and fresh coats of paint cannot mask the harsh realities of those who have resided at the Floridian Palace.

If you’re searching for a darker side to Tampa’s history on your next visit, look no further than the Floridian Palace. Each story of this statuesque building is another layer waiting for you to pull back. Discover what secrets there are to reveal on a US Ghost Adventures Tampa Tour. 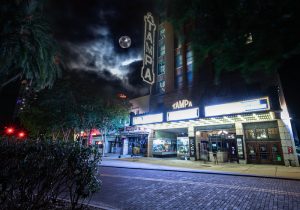 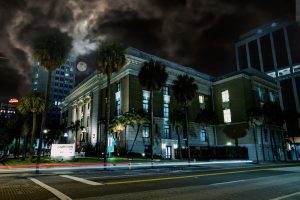