Below the A1A Aleworks pub lies the bodies of some of St. Augustine’s earliest settlers. Will you join them for some spirits? Learn more with a USGA tour. 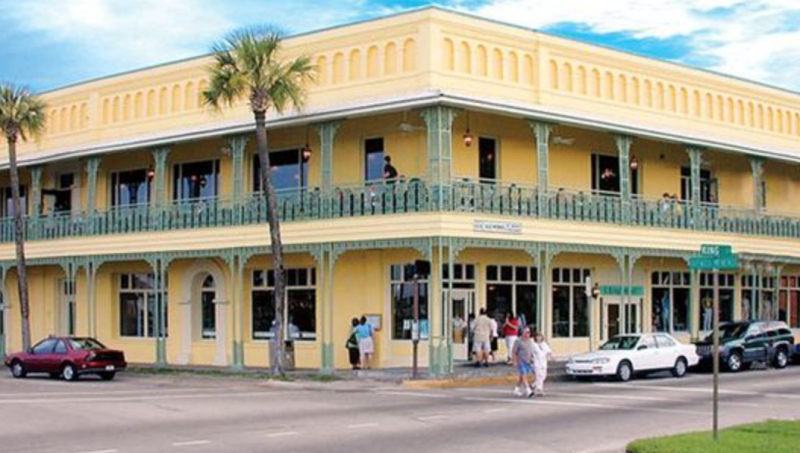 St. Augustine is a coastal city in Florida that has seen many hurricanes, and with that, many rebuilds. Building new structures upon the remains of old ones is relatively typical in the city.

But if you trace far back enough, much of the city we know today likely rests on more than just old foundations. It sits atop old burial mounds or cemeteries.

One of these places is the building now known as A1A Aleworks. A great pub and restaurant with a wide selection of brews, A1A is now a popular spot for tourists and families to grab a bite or a drink. But not everyone may be so keen to have visitors sipping spirits above their gravesites.

Discover more about this storied pub on a US Ghost Adventures tour of haunted St. Augustine.

St. Augustine draws a crowd particularly interested in history, with a specific affinity for apparitions and all things unexplained. Part of that is because it’s known as our nation’s oldest city, having been founded by Spanish explorers about fifty years before the settlement of Jamestown and Plymouth Rock.

The colonists of this first city made great strides in creating the city of St. Augustine, but they also passed here before they could see this goal come into fruition. As a result, visitors and locals know that many of these early residents’ souls still wander the city streets.

Until a few years ago, locals assumed that this building likely had some spooky tie-backs, but now we know for sure.

In 2017, back-to-back hurricanes brought much damage to the building. The owner of the restaurant and bar decided to renovate part of the building and replace the old, damaged floor with something newer.

Despite his skepticism that he would find anything beneath the floors, he called in an archeologist that worked for the city to help dig it up just to be sure. What they found was bone-chilling.

There, below the structure that is the A1A Aleworks today, were several human remains.

A Foundation of Bodies

Still to this day, the bodies rest there, and many report that they can feel their presence.

This uneasy sensation coincides with the stories circulated for years, claiming that many ghosts haunted the building. Many have suggested that the souls of three small children who died in the building linger there.

St. Augustine, Florida, was a cemetery for many of the first settlers in the United States. Their spirits continue to unsettle locals and tourists alike today.

See and experience firsthand the inexplicable hauntings that still circulate in the city today when you book a US Ghost Adventures tour of haunted St. Augustine.