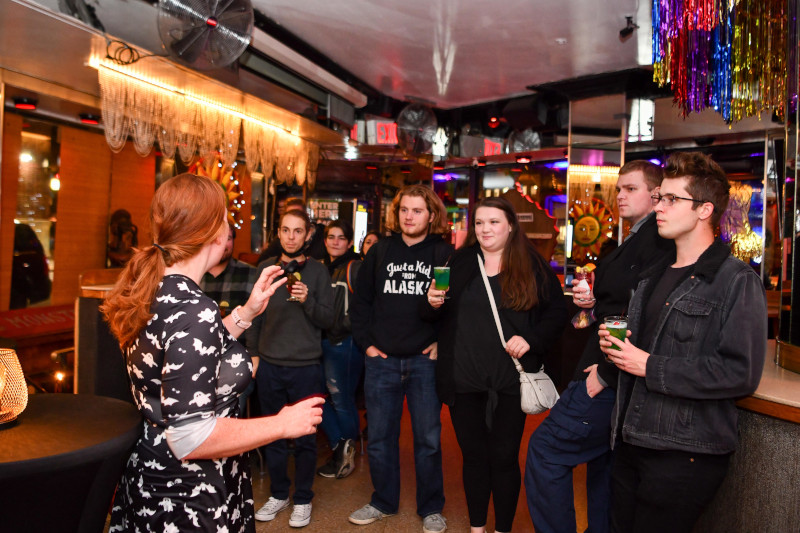 Want a little more tasty fun added to your ghostly experience? How about Seattle’s hidden history with a fun twist? Try the new Drinking Spirits With Spirits Haunted Pub Crawl for a historically good time in the Emerald City!

Seattle lies on a narrow strip of land between the salty waters of the Puget Sound and the fresh waters of Lake Washington. Beyond these waters lies two rugged mountain ranges, the Olympics and the Cascades. The city is built on Indigenous land, the traditional territory of the Coast Salish people, specifically the Suquamish and Duwamish tribes. They lived in the region for thousands of years before the arrival of settlers, who came in 1851. Settlers first established a townsite called “New York” adding a word from Chinook jargon meaning ‘by-and-by,’ which ended up as “New York-Alki” They soon moved a short distance across Elliott Bay and established a village, naming it Seattle, after the Duwamish Native leader named Sealth.

Seattle is a hotbed for reports of unexplained happenings. The city boasts haunted hotels, restaurants, and even bars. Looking to learn more? Join us on a Drinking Spirits with Spirits Haunted Pub Crawl and see Seattle in an entirely new and unique way!