At the home of Juliette Gordon Low, the founder of the Girl Scouts, a ghost named Nelly lingers. Who is she? Find out on a tour of haunted Savannah. 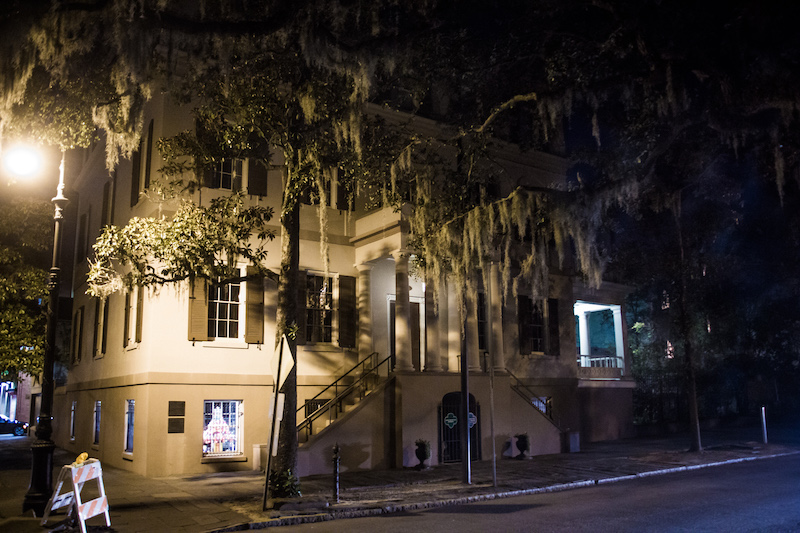 Juliette Gordon Low was the founder of the Girl Scouts of America. This remarkable philanthropist had an insatiable desire to give back to girls, her community, and the country.

Visitors to Savannah, GA can learn more about this larger-than-life figure at her former house, which belonged to her and her wealthy family. Here, you’ll find stories of innovation and courage —as well as unexplainable occurrences.

Not all ghost stories are scary, and the Juliette Gordon Low House is the perfect example. Learn more about lost love reunited, a pleasant passing, and strange camera tricks on a tour of haunted Savannah with US Ghost Adventures.

Upon entering the Juliette Gordon Low House, many visitors have noted an unexplainable presence in the air. It’s a sensation described as a thickness felt in the atmosphere or stickiness of the air. Sometimes, guests also feel footsteps reverberating through the floors or hear small and unexplainable noises here and there.

None of these feelings or experiences are dark or negative. Instead, many say that they are comforting.

Juliette’s mother, Nelly, passed away in this home late in life. Widowed by the loss of her husband many years prior, she lay on her death bed surrounded by Juliette and the rest of her immediate family. Overcome with grief, the family began to weep. However, Nelly urged them not to cry. She told them that she was going to be reunited with her love soon.

Just then, the frail woman sat up straight in her bed and stretched her arms out wide as if to greet someone. Suddenly, she laid back down on her pillow and gently passed.

Juliette was amazed when she turned to the door only to see it open. In walked her father, the late William Gordon III. A few minutes later, she headed downstairs to tell her butler of what had happened. But he simply told her not to worry, for the Captain and Nelly just left out the front door arm in arm.

Even though Nelly reportedly left with her husband the night she died, her spirit lingers inside the home. She appears at various times, either looking out the windows or enjoying a cup of tea at the dining room table.

If you’re lucky, you might even hear her play the keys on the piano. However, she prefers to appear when the house is quiet and dark, away from constant visitors.

No Place for Cameras

The Juliette Gordon Low House seems to have an interesting distaste for cameras. In an attempt to “capture” a ghost on film, several tourists have experienced strange things happening to their cameras.

While photos are not allowed, some of those who brought cameras with them would have their camera turned on unexpectedly, taking photos of the floor as it hung over someone’s shoulder.

For others, they entered hiding a camera with a full battery only to find it was empty though unused by the time they left. Finally, another turned off on its own after the owner tried to sneak a photo.

Not all hauntings have to be threatening or scary. The Juliette Gordon Low House is one of the many fascinating examples of history living in the present that you can find here in Savannah, GA. Discover the good, the bad, and the ugly ghost stories with a US Ghost Adventures tour of spooky Savannah.