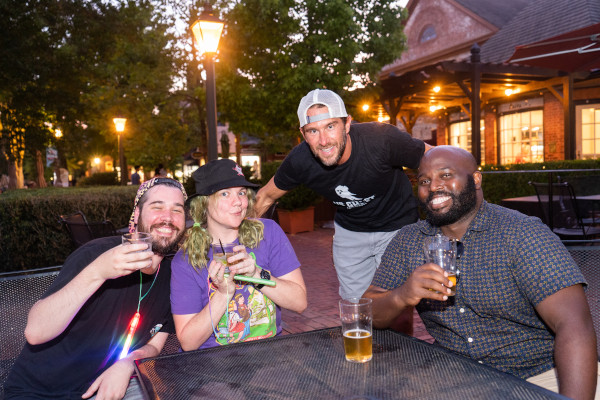 Try the new Boos and Booze Haunted Pub Crawl for some genuine scares, spirits, and spirits in Savannah.

The 17Hundred90 Inn and Restaurant at 307 E President St

The Hostess City of the South has always been considered the southern home of hospitality, but the pristine image of Savannah’s charming cobbled streets and shady willow trees is a stark contrast to the dark and ghastly hauntings reported here. Tag along on a Savannah Boos and Booze Haunted Pub Crawl and you’ll find out just how disturbing things get once the city’s haunted happy hour arrives.

Savannah is the oldest city in Georgia and believed by many people to be the most haunted city in the United States and you’ll have little doubt after a night out at its oldest, oddest, and most haunted drinking hotspots.

After surviving countless epidemics, wars, destructive fires, and more, it’s not a stretch to understand why so many of the historic sites across the city are thought to be hotbeds of paranormal activity, including its wide variety of haunted pubs, breweries, and historic restaurants. You’ll need a drink or three full of liquid courage to hear the tales of terror coming from these eerie establishments.

Savannah, Georgia is one of the South’s oldest cities, home to beautiful Antebellum architecture and historic battle sites — as well as a host of paranormal hotspots. From the Revolutionary War to the yellow fever epidemic, Savannah is a city that has experienced a multitude of hardships since its founding in 1733.

Many believe these dark events have left a permanent stain on Savannah, manifesting as oftentimes violent hauntings and frequent paranormal activity. From breweries and hotels to battlefields and cemeteries, Savannah has a host of haunted spots to choose from.

Join our local guides in the Hostess City of the South as they show you the coolest bars while revealing the horrifying stories of Savannah’s past. There’s no better way to imbibe and enjoy the city’s scary secrets! Our haunted pub tour offers you an opportunity to see the most famous watering holes in Savannah while learning about the quintessential southern city’s unique and debaucherous past.

Down a glass in one of Savannah’s oldest bars, built in the early 19th century, to learn about 17hundred90’s resident ghost named Kissy. We’ll also take a stroll by Colonial Park Cemetery which dates back over 250 years! Just don’t be surprised if you hear the ominous sounds of footsteps as we take in the historic graveyard.

Your guide will also fill you in on the many paranormal encounters that occur at the DeSoto Hotel. From unexplainable clock malfunctions to howling in the night, guests have witnessed a number of eerie events.

More than a few have even reported seeing a ghost leaping to his “death” from the roof before disappearing before their eyes. There’s no better way to learn the spooky stories of Savannah!

From Pinkie Masters, where President Jimmy Carter gave a thank you speech from atop thebar, to the Sixpence Pub, considered one of the city’s friendliest establishments, you’ll experience all of Savannah’s can’t-miss locations.

You’ll even see the famous square where they filmed the bench scene in Forrest Gump and learn about Mrs. Foley, owner of the Foley House Inn that sits in the square, who buried a man who couldn’t take no for an answer in a wall! 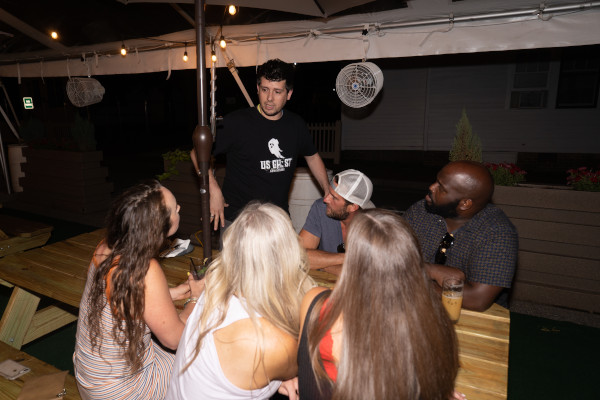 Housed in what was actually three separate residences, all built between 1821 and 1823, the 17hundred90 Inn and restaurant is one of Savannah’s most well known hotspots for ghostly
activity. The inn and restaurant at 17hundred90 are most notably haunted by two women — Kissy who wreaks havoc at the bar and Anna who fell to her death from room 204 of the inn.

In fact, guests of room 204 have to sign a waiver that states that they acknowledge that they cannot get a refund if they were to leave early due to any circumstances. 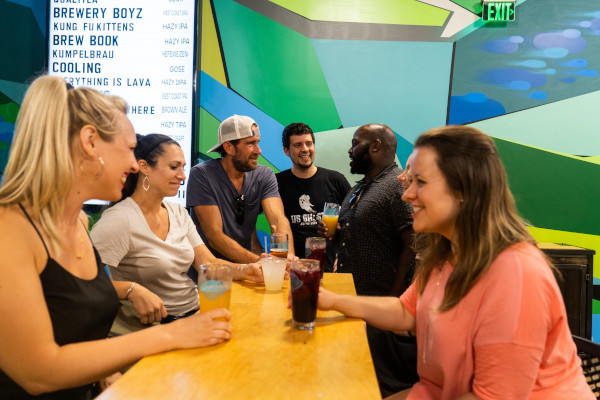 Known as the friendliest pub in Savannah, the Six Pence Pub is a classic British pub offering a wide drink menu, as well as American and English Comfort foods. Despite its friendly reputation, there have been stories of hauntings and spirits circulating for many years at the Six Pence.

The exact identity of its ghosts here are unknown and, for whatever reason, they mainly target the employees. Pots and pans are thrown around here and chairs twirl and slide across the floor with no one anywhere to be seen. 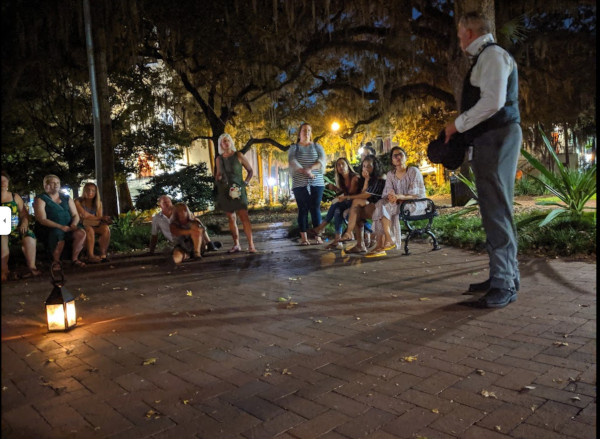 Originally built in 1890, the glamorous DeSoto Hilton has hosted presidents and celebrities since its inception. Several spirits are known to haunt the DeSoto and the hotel is also prone to paranormal events.

Disembodied voices speak through thin air, an invisible hand will reach out and touch visitors, and things are constantly misplaced. Guests also experience time distortion, claiming that clocks change on their own, staying on a certain hour for hours at a time, or going forward or backward with no explanation.