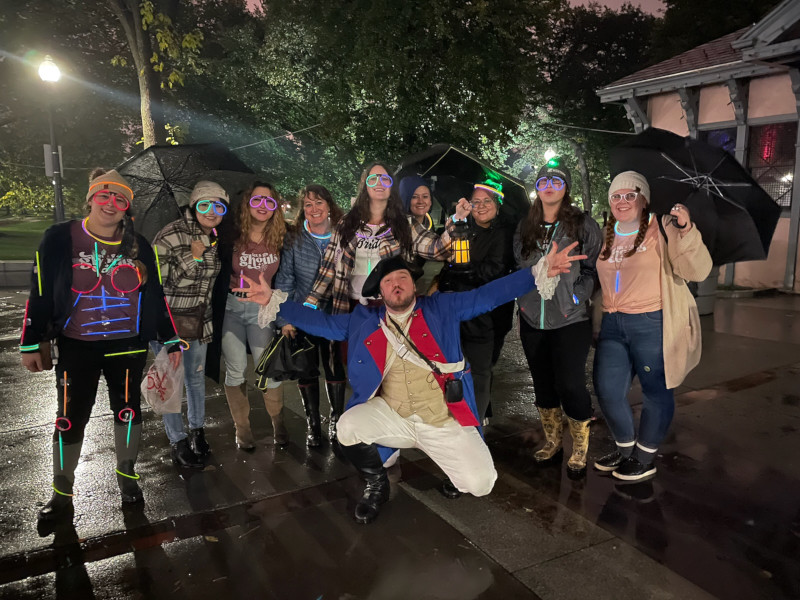 If ghosts and ghouls aren’t enough, how about some brews and booze to go along with the Boo’s? Join us in the City in Motion while we share haunted history and tipsy tales while knocking back a few of the city’s best on the San Diego Haunted Pub Crawl tour!

Explorer Juan Rodriguez Cabrillo claims to have discovered San Diego Bay in 1542, roughly 200 years before European explorers settled the area. In truth, the Kumeyaay people had been living in the area for as long as 12,000 years before that. Obviously, the history of San Diego is extensive!

A fort and mission were established in the area in 1769, which gradually expanded into a full-blown settlement under Spanish and Mexican rule. San Diego became past of the United States in 1848.

Most people aren’t aware of the haunted reputation that San Diego has. With some 200-year-old structures, old hospitals, haunted houses, and lighthouses in its repertoire, its no surprise that even the pubs of San Diego have ghosts. What better way to meet them than with a San Diego Haunted Pub Crawl?