Check out a book at the Salem Athenaeum, and late fees are just the start of the horror. Tour this haunted place of learning with US Ghost Adventures! 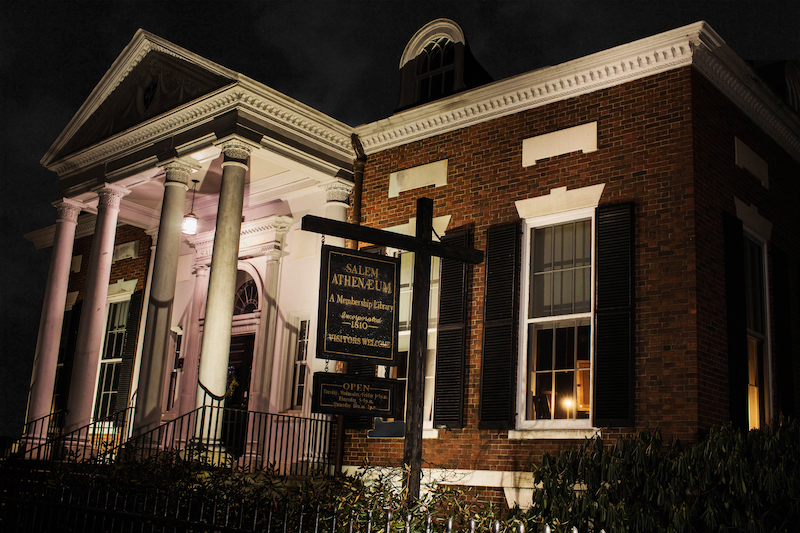 In 1810, at the founding of the Salem Athenaeum, Salem had more libraries than Boston! Today, this cultural East Coast hub contains more than 50,000 volumes and is what many consider a model library in all of Massachusetts.

But like any organization with over a century of history, more than just stacks of books line the hallways of its past…

The Athenaeum came to be when two great literary organizations joined forces: the Social Library and the Salem Philosophical Library. Due to the cost of the Revolution, both groups decided to band together rather than lose their progress.

Unfortunately, for years the Athenaeum was a paradox: a library without a home.

Rotating through many buildings until settling into the current red brick home in 1907, the Athenaeum was kept together by those who believed in the free exchange of ideas.

Many famous authors, artists, and inventors kept the library afloat when it seemed passion for literature was waning. Nathaniel Hawthorne of Scarlet Letter fame was a notable patron who ensured the wealth of his success would keep the library’s doors open.

Local heroes ranged from the painter Frank W. Benson to the inventor of the electric motor Charles Grafton Page to mathematician Nathaniel Bowditch.

In a town forever stained by the infamous Salem Witch Trials, everyone could agree that a prosperous and bustling library was the key to the town’s lasting prosperity.

The library obtained its original collection thanks to the American Revolution. After capturing the Duke of Gloucester’s ship, they auctioned off the entire collection of books on board to Salem in 1781.

Those centuries-old manuscripts provide a direct connection to a lost world of kings and queens. Looking over those pages, one feels they belong back across the pond. Perhaps the pages harbor some sinister secrets.

When students and scholars need to work late in the Athenaeum, they often report mysterious happenings.

Those who remain at their desks after dark report books flying off shelves at random intervals and whispers emanating out of dusty tombs. These occurrences appear as if some sort of spirit is wandering the halls and disrupting the work.

Most locals think this is a benevolent spirit who wishes for the weary scholar to go home and get some rest. After a certain point, rest is the best way to retain information.

Visit the Athenaeum and decide for yourself if this magnificent hall of letters hides more than meets the eye.

Nestled on the rocky coastline of New England, Salem has braved wind and rain for centuries. Amid those storms and revolutionary activities come horrific tales of witchcraft, treason, and murder.

Only the brave dare to take a Ghost Tour of Salem. Will you be one of them? Find out on a Salem tour with US Ghost Adventures. 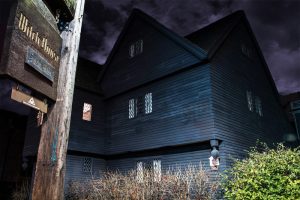 The Witch House at Salem 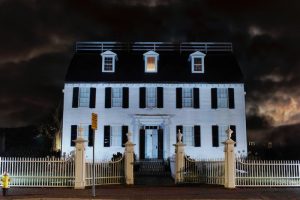