Does the Ropes Mansion look oddly familiar? Visit this famous ‘Hocus Pocus’ site on a US Ghost Adventures tour! Book now and learn the whole story! 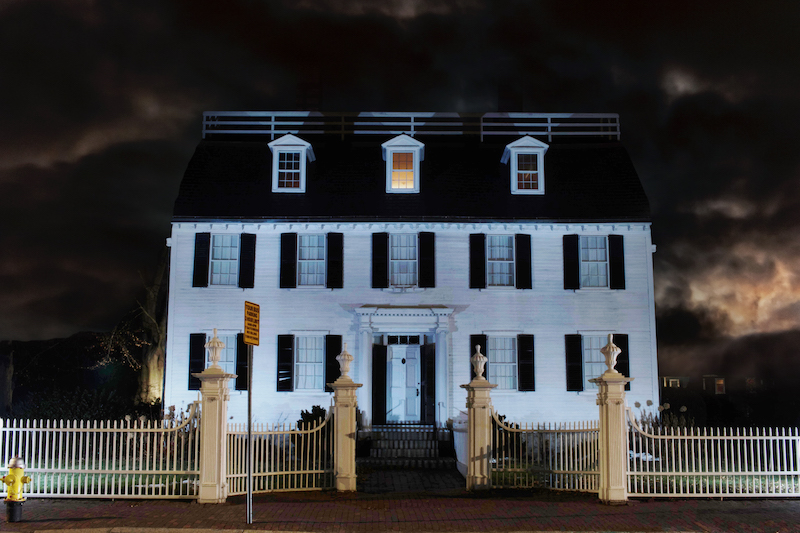 The Ropes Mansion secretly lurks in the American subconscious. You may not even know why you recognize this 18th Century mansion, but this Salem home was the setting of the 1993 cinematic masterpiece, Hocus Pocus!

While the movie is a lighthearted Halloween romp for the whole family, the actual Ropes Mansion is anything but that. This foreboding house hides many dark secrets. Once you uncover the past, you’ll never look at the movie the same way again.

Ever since the 1720 construction by Samuel Bernard, there has been blood in the woodwork. Bernard married four times while living in his home, with three wives perishing before his final marriage.

The mysterious circumstances of his wives’ deaths leave many to wonder if Bernard had a hand in their demise.

In 1768, Nathaniel Ropes purchased the home and settled in Salem. His life and final moments were so traumatic that they named the house in his (dis)honor.

This curmudgeonly Harvard-educated lawyer was highly unpopular in Salem. Much of his hated reputation had to do with his loyalist sympathies in a country trying to break free from British rule.

Despite the prevailing wind of independence, Ropes never budged on his connections to the royal crown. His stubbornness earned him a reputation as loyal to the crown but disloyal to the town.

The townspeople’s fury grew at this traitor until it finally came to a head in March 1774. America’s independence was on the brink, and there was no time left to respect those that did not support the cause.

One cold early morning, the whole town gathered outside the house. They threw mud, rocks, and sticks through Ropes Mansion until Ropes would repent his loyalism.

While an angry mob was brewing outside his door, Ropes was sick with smallpox. He lay in bed with this disfiguring disease while the town beat down his door.

Even in his final moments, Ropes never joined the Revolution. He died the day after the riot. Many said his sickness was a curse for backing the wrong horse.

His tale became a warning for other loyalists in America: the Revolution is bigger than any one man, and those who cross it will meet an unpleasant fate.

Strange to think of such a cheerful movie like ‘Hocus Pocus’ taking place on the same grounds as this horrific story, isn’t it?

Most visitors who stop by just snap a picture and say ‘neat!’ But for those who know the whole truth, it’s hard to get swept away by the Halloween cheer.

Salem’s reputation for the most haunted city in America holds up in the 21st Century. A spook, a thrill, and a fright are coiled up around every corner, ready to pounce.

Will you have the courage to take the US Ghost Adventures Tour of haunted Salem? Hop on board and find out.