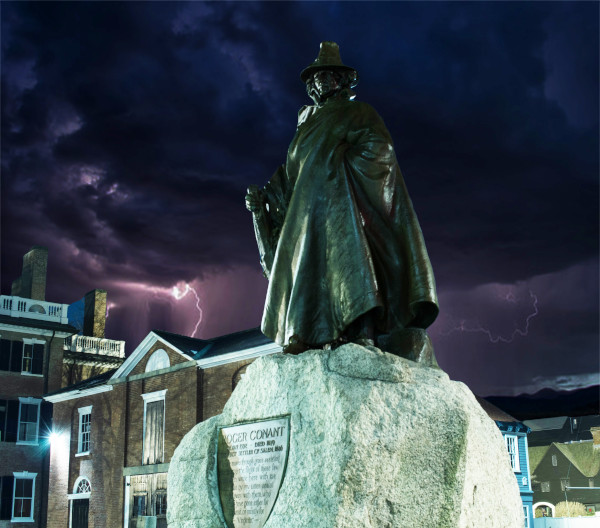 Looking to book a hauntingly fun ghost tour in Salem?   You’re in the right spot to unlock the ghostly secrets of Salem’s past.

Filled with museums dedicated to witch history and plenty of spooky-sounding shops, Salem embraces, rather than eschews, its notorious past. Iconic brick facades and colonial architecture help to create an eternally-autumn atmosphere that’s perfect for sharing a scary story or two.

On our Salem Haunted Pub Crawl tour you’ll take a detour to some of Salem’s best local watering holes to enjoy brews and booze while listening to sordid stories of ghostly ghouls and witches brews.

Learn About Salem’s Spooky Side

It might’ve been a dry town when the Salem Witch Trials went down, but now you can whet your appetite with some tasty, tipsy fun and drink a glass or three as you listen to the best tales of Salem’s dark and tortured past.

The Spirits of Salem Haunt ed Pub Crawl will quench your thirst for haunted history and ghostly drinks, so join us and have your fill of spirits and spirits on this unique and unforgettable Salem drinking experience.

Salem is a coastal city, where ships were constantly bringing harbor supplies into the harbor to trade and sell. Salem made connections with India by trade and as the city grew, so did Salem’s transportation, adding a ferry, railroad, and much later, airports.

Puritanism characterized early Salem, so it was just a matter of time before accusations of witchcraft began to spread. Over 200 people were accused in the late 1600’s witchcraft trials (persecution that was now unique to America, as opposed to a more liberal Europe) but only 19 were executed by hanging.

During the Salem Witch Trials, many innocent people were tortured and or executed, but the aftermath directly led to a milestone in United States history. Relaxed laws and social acceptance of cultural differences eased the way toward what we now take for granted as modern religious freedom.

In the words of historian George Lincoln Burr, “the Salem witchcraft was the rock on which the theocracy shattered.” While the Salem Witch Trials of 1692 are the cause of several of the hauntings in the city, Salem has some other dark secrets lurking beneath the surface as well.

Why should you take our Salem Haunted Pub Crawl tour?

On our Salem Haunted Pub Crawl tour, our expert tour guides will shepherd you through Salem’s most beloved pubs and bars while sharing some of the city’s most harrowing tales. At
Rockafellas, you will learn about The Blue Lady, the sea captain that lost hi s love, and a very tormented minister.

You will learn how Bridget Bishop’s apple orchard is tied to the Salem Witch Trials and experience one the hottest bars in town that has helped revive the local music scene. Ghostly tales abound, from ghosts moving books to the disappearance of many young sailors to secret smuggling tunnels, and other ghostly tales. 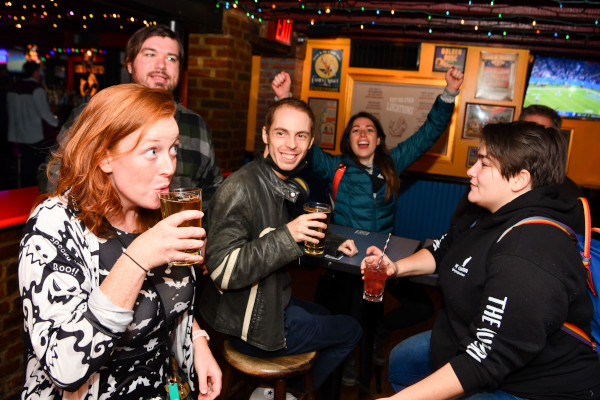 Those who were condemned to hang during the fateful Salem Witch Trials were put in a cart and taken down Essex Street to the church to be excommunicated, making this area one of the most haunted in America. This successful but wildly haunted bar in historic downtown Salem offers a full-service bar complete with specialty drinks. 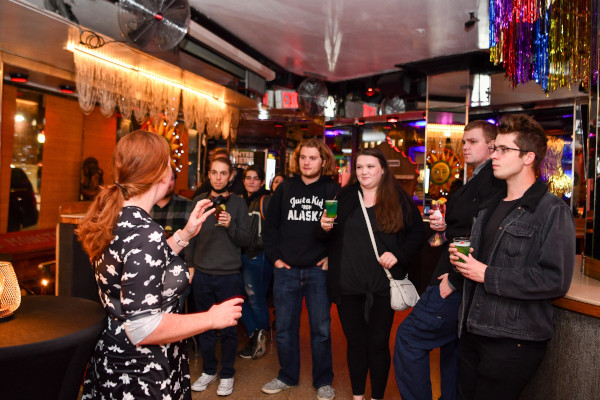 Founded in 2012, Salem’s Village Tavern is the opposite of the typical image of a village tavern.  Rather than a dark and debaucherous watering hole, Village Tavern is clean, warm, and welcoming, offering wonderful food and a large variety of enticing liquor selections (we recommend the Village Richie and the Zombie). 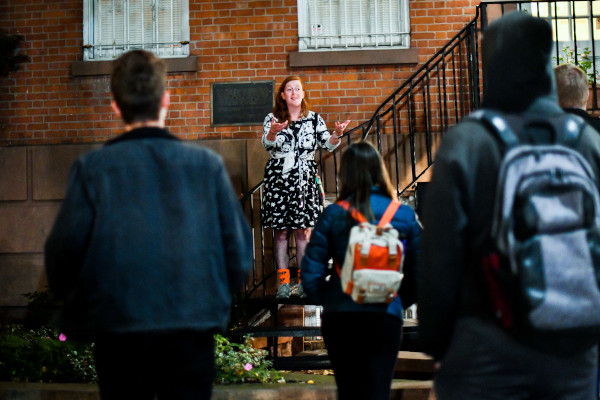 Mercy Tavern is a staple of the Salem community and is committed to delicious, locally-sourced and sustainably-produced food and drink. The tavern values fun, friendship and community and has had a longstanding tradition of hosting live music.