Throw back a couple of drinks at Dunbar’s Place. But there’s more than just fun at this old watering hole—discover the unseen on a Pittsburgh Ghost Tour! 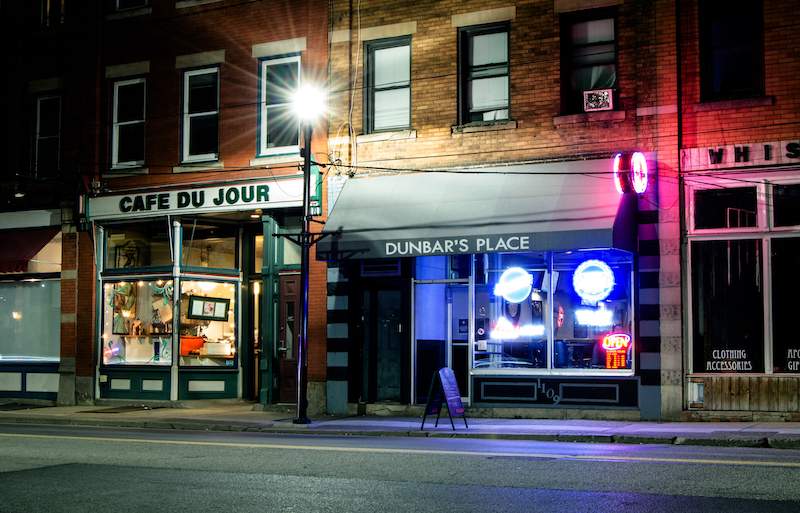 But as they have a drink or two, many patrons don’t realize the dark past of where they are sitting…

Discover the seedy side of Pittsburgh on a ghost tour of Dunbar’s Place with US Ghost Adventures. You’ll learn the City of Bridges connects the living and the dead in more ways than you imagined.

As is common in Pittsburgh, Dunbar’s place sits on the site of a former factory. As a major industrial manufacturer, the city’s past means the workers dealt daily with dangerous and volatile materials.

A single mistake can have enormous consequences in a factory of this magnitude. It was just an average day when a machine jammed—pressure built and built until it exploded. This disaster caused a chain reaction through the building until the entire structure went down in flames.

Eight employees died that day. They never recovered the bodies from the ash pile. The factory’s glory faded from memory and remained an empty lot for decades before revitalization.

Some say the spirits of these workers have never been able to move on. Without a proper burial ceremony, their spirits are stuck in limbo.

Patrons and employees at Dunbar’s Place have reported sightings of men in old gray jumpsuits, faces coated with soot and ash.

Heading out to the parking lot late at night, the closing employees have a shared story:

After everyone has left for the night, occasionally a specter appears in the distance.

He speaks with a rasp in his voice, like he has burnt lungs. But turn around for just a second, and he’ll vanish, back to complete the work of the day.

One popular ghost that has taken up residence at Dunbar’s Place is affectionately named Tony. Newcomers face the Dunbar challenge: Are you brave enough to visit Tony in the bathroom?

Head into the bathroom, turn off all the lights. Let your eyes adjust to the dark until you can just barely see yourself in the mirror, illuminated only by the faint sliver of light from under the door. Hold your breath. Knock on the mirror. Again… Again… Again… Again… Five times to summon old Tony.

Listen close, and you might hear three faint taps coming from the other side of the mirror. Perhaps it’s a trapped spirit attempting to get out? Maybe the sounds of industry-past hard at work in another life?

Take a good hard look at your reflection and make sure you know who is staring back at you.

Find yourself a stool at the bar, chat up a local yinzer, and you’ll be enthralled with tall tales all night. Ask the bartender if they’ve seen Tony tonight, and you’ll fit right in.

So grab a drink, have a good time, and respect the men who gave their lives to the Steel City.

Pittsburgh exists in the shadow of its mining and steel past. The pall of the past Gilded Age hangs on the hills, floats on the rivers, and rests in the hearts of residents.

Take a US Ghost Adventure tour of Pittsburgh and find yourself on a trip back to the glory days. Remember to steel yourself and brave whatever you may find. 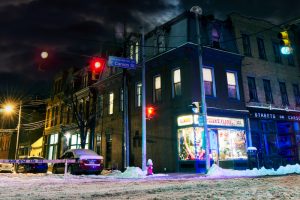 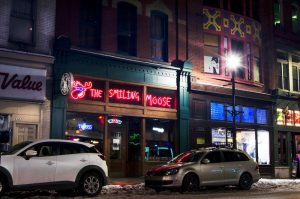