Melinda’s Alley is a famous landmark in Phoenix—and a haunted one too. Learn about its origins and spooky backstory on our Phoenix Ghost Tour. 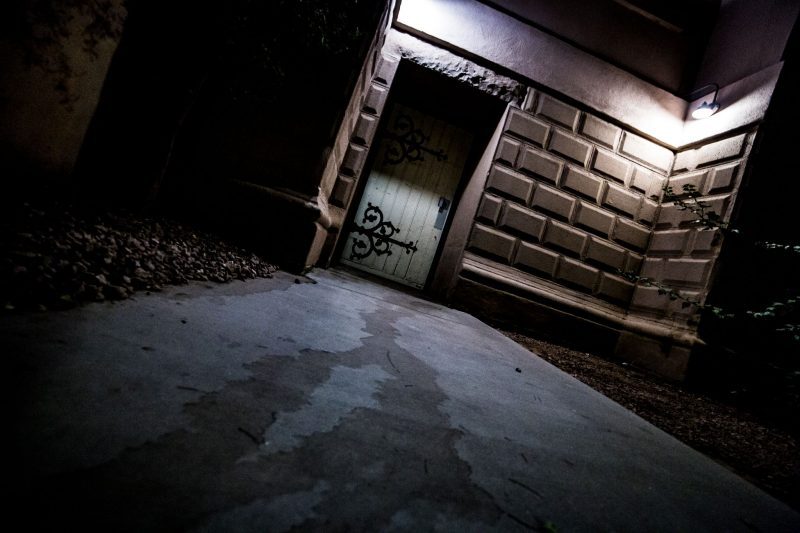 Located just behind the Renaissance Phoenix Hotel in downtown Phoenix is the famous Melinda’s Alley. Typically, only locals know the secret door that leads them to the speakeasy.

US Ghost Adventures will let you in on the secrets of this place that has been a hotspot for cocktail aficionados since 2016. However, fancy cocktails and abstract art aren’t the only things this spot is known for, as you’ll soon find out on a tour of haunted Phoenix.

Melinda is one of Phoenix’s most mysterious residents. There’s no definitive story about who she was or where she came from—all that we know is that she was a vibrant (and sometimes raucous) woman.

Melinda frequented the downtown area. She was a woman with morals and would always give more than she would take. That said, she was no stranger to running into trouble with law enforcement. Moreover, other women despised her, thinking she used her looks and charm to win over their husbands.

She owned an apartment in the Monroe alley next to the Adams hotel. However, Melinda often spent time in “Maidens Lane,” a popular red-light district in Tuscon.

There are multiple conflicting stories regarding the circumstances of her death (and life), so what happened next, nobody knows. However, the one account that remains the same is that Melinda was murdered.

After her murder over 100 years ago, people claim that her spirit still haunts the alley, earning it the moniker of “Melinda’s Alley.”

The Father of Arizona

Melinda was not the only person to meet an untimely fate in this infamous alley. Charles D. Poston, the “Father of Arizona,” was last seen walking through Melinda’s Alley one night, using the passageway right by his home.

A Phoenix police officer found the deceased Poston lying in the alley right by his home. The Father of Arizona had fallen on hard times and spent his last years in a dilapidated adobe structure. He died of a heart attack right there in Melinda’s Alley on June 25, 1902.

Besides speakeasies, Melinda’s Alley was also once home to the famed Adams Hotel, which burned down in 1910. It was immediately rebuilt but imploded in 1975.

People have reported seeing some strange figures around the location. Many believe the spirit to be a murdered Melinda, but it could also be the restless spirits of those who met their untimely deaths due to the high-crime area.

Ghosts enthusiasts and skeptics can still enjoy visiting Melinda’s alley, as there’s now a nice cocktail lounge and pastry shop. With all that jazz, we had to add this stop to our well-known Phoenix Ghost Tour.

Phoenix is one of the most popular cities in the western United States. It makes sense considering all the historical attractions and entertainment venues. Whether you’re a local or tourist, you can make the most of your time in the city on a Phoenix Ghost Tour with US Ghost Adventures. 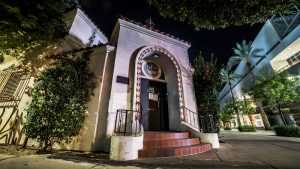 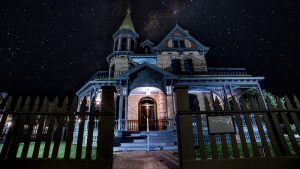