St. Mary’s Church & Cemetery is perhaps one of Philadelphia’s most sought-after haunted locations. Explore its haunted history with US Ghost Adventures. 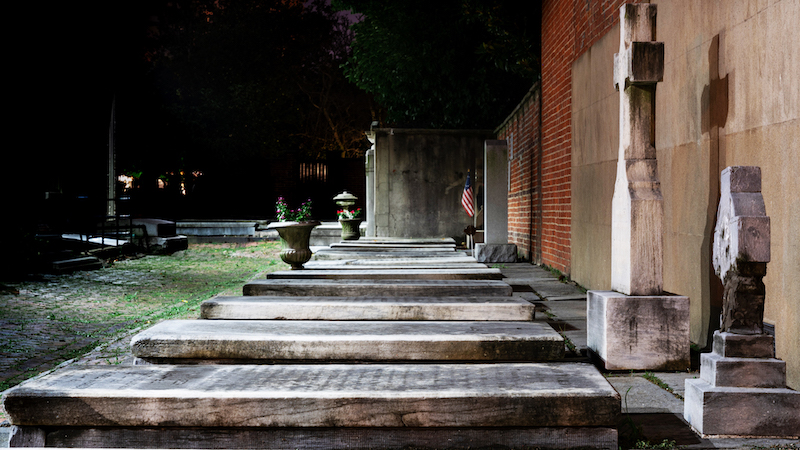 St. Mary’s is the second oldest Roman Catholic church after St. Joseph’s. Moreover, it played a vital role in the formation and history of Philadelphia. The church’s most popular years were during the colonial and Revolutionary War era.

But there’s more than the patriotic spirit permeating the church grounds—some say spirits of another kind dwell there, too. Explore the historical and the haunted on a ghost tour of Philadelphia with US Ghost Adventures.

While the Founding Fathers insisted on the separation of Church and State, they were also men of faith. Thus it was that St. Mary’s chapel was used as the first religious establishment to commemorate the Declaration of Independence.

Some of Philadelphia’s most famous and influential people would spend time praying in the pews of St. Mary’s. First President George Washington and later president John Adams were both regularly worshipers at the chapel.

The Most Famous Tombstones in Philadelphia

Besides its revolutionary history, St. Mary’s Cemetery is home to some of the most famous graves in Philadelphia. A few of the notable people buried here are:

Given that so many people would flock to St. Mary’s for mass, it’s safe to say that the chapel is one of the most popular sites in Philadelphia. But not everything is as exciting as walking the ground once tread by the Founding Fathers.

Some locals and tourists claim to have seen some apparitions during their visit to St. Mary’s.

Most of the encounters happen at night and occur inside the cemetery. There haven’t been any reports that the spirits are hostile, and most people say they just see shadowy figures roaming around the church grounds.

Who are these ghosts, and what business have they at St. Mary’s? Find out on our ghost tour.

Whether it’s your first time in Philly or you’ve lived here all your life, there are endless ways to have fun in the City of Brotherly Love.

Our Philadelphia ghost tour takes you to some of the most haunted locations in the city, including St. Mary’s Church and Cemetery. Join US Ghost Adventures if you’re curious about the haunted side of a historical city. 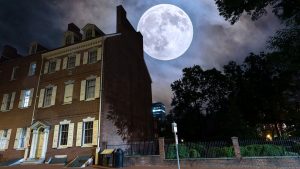 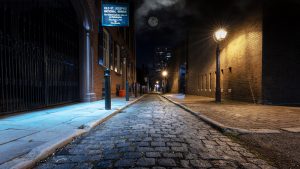