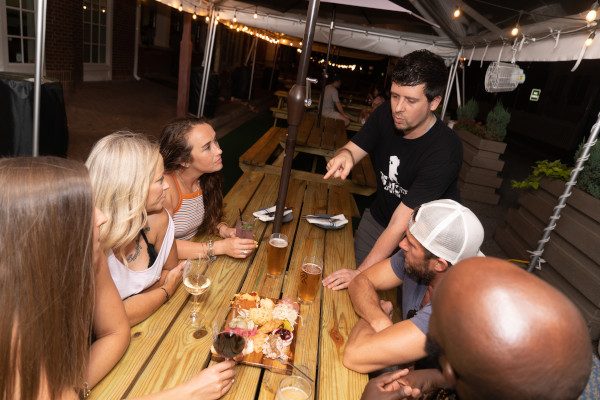 Need a little liquid courage before hearing ghastly tales at Philadelphia’s most historic haunts and hotspots?

As the former stomping grounds (and current burial grounds) of our nation’s founding fathers and home to the nation’s oldest, and some would say most haunted, penitentiary, the City of Brotherly Love is chock-full of spooky tales and haunted pubs, bars, breweries, and more.

The drinking and fun never stops, and the scares never end on this haunted pub crawl. There are more than enough bottles of booze and boos to last a lifetime, which is probably why so many ghosts and phantoms of Philly keep imbibing at these haunted drinking hotspots even after they’ve passed into the afterlife.

Find out more and experience Philadelphia’s rich history, a wide range of absolutely breathtaking landmarks, and a myriad of tours, but beware. Some tours are much more spine-chilling than others. Join us on our Philadelphia Boos and Booze Haunted Pub Crawl as we uncover the city’s lesser-known tales of hauntings, crime, and scandal. The extra spirits in your glass are there to boost your courage, not add to the hauntings…but you never know what spirits will be floating around at each haunted bar or pub, or even hiding out at the bottom of your bottle.

Seize the moment, join the ghostly fun, and throw back a few while listening to perilous stories of seasons past to find out what really happens in the darkest corners of Philly. In the latest hours of the night…things happen that not even bartenders or proprietors will whisper about and closing time. Bring a flashlight and a sense of adventure and you may just make it home after last call and live to tell the tale.

The Birthplace of America

Our Philadelphia Haunted Pub Crawl is a great way to take in The Birthplace of America’s unrivaled history and learn some fun facts about the origins of America.

Our local guides will share their unmatched pride for their city while giving you a local perspective. We’ve carefully selected the best bars that combine the city’s celebrated roots while also possessing mysterious rumors.

The Birthplace of America was also the birthplace of some of the country’s best pubs and brews. Show your patriotic spirit by drinking spirits and learning about Phllly’s most infamous

Spirits on this fun, tasty, and tipsy version of Philly Ghost’s haunted history and ghosts tour.  Wash down that Philly cheesesteak with tipsy tales of Philadelphia’s haunted past and the best brews and booze in PA on the new Philly Liberty and Libations Haunted Pub Crawl. You’ll never want to go home after sampling the best, hottest, and most haunted pubs and watering holes in the City of Brotherly Love.

Learn About Philly’s Spooky Side

Hear about the haunting of Congress Hall’s second floor, the ghosts of Independence Hall, and the variety of theories around their origins. You’ll find a few of the country’s most famous figures refuse to leave their passions behind!

The saga of Slick Willie and the 200-year-old City Tavern, once described by John Adams as the “most genteel tavern in America, are worth the price of admission alone.

From a selection of Philadelphia’s famous buildings to a few choice Instagram photo ops, we’ve got you covered for more than just unearthly apparitions. We offer the spookiest revelations
paired with Philly’s premiere drinkeries.

We’ll take you to essential Philadelphia locations like the First US Bank and Carpenters Hall and share the ghostly stories and sordid tales associated with these historic sites.

Meet new people from all walks of life who are also interested in the celestial and the occasional drink or five. Our local guides will show you the scary and unspoken side of Philadelphia through the eyes of local guides that know Philadelphia better than anyone.

You’ll end the night not only visiting some of the most talked-about bars in the city but also armed with enough festive facts to enthrall your friends back home. 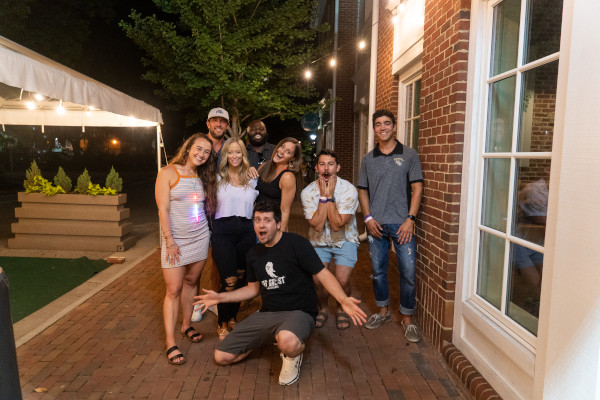 There’s no better way to consume beer than outdoors in a beer garden. And what better beer garden to choose than one that is considered a national historic place?

Independence Beer Garden is in view of Independence Hall and Congress Hall, both of which are supremely haunted locations. The ghost of John Adams lingers in Congress Hall, knocking over a painting of Marie Antoinette, whom he was reportedly quite fond of. 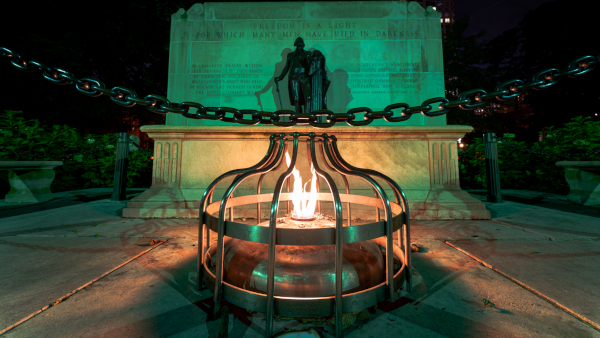 It’s believed that City Tavern is haunted by two spirits: an unwed bride and a waiter. Built between 1772-1773, John Adams described the watering hole as, the “most genteel tavern in America”.

City Tavern played host to historical figures like Paul Revere and the founding fathers. Though its current iteration is a replica of the original building, the ghosts connected to the tavern still haunt their old stomping grounds. 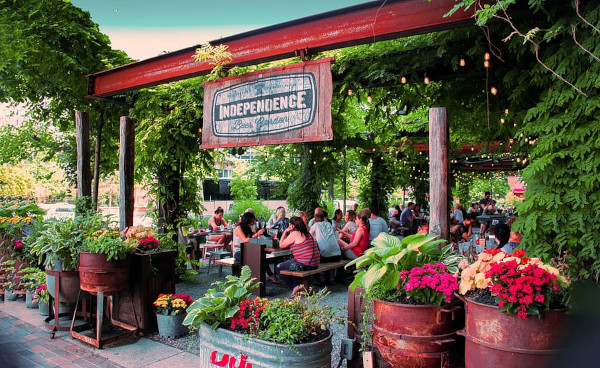 None other than Philadelphia’s famous landmark itself is haunted, with two famous ghosts taking up residence in the hallowed hall — Benjamin Franklin and Benedict Arnold.

What are the chances that America’s most famous founding father and a traitorous turncoat end up haunting the same building? Unsurprisingly, the two keep their distance from each other, with Arnold guiltily dodging Franklin throughout Independence Hall.