The Cheyenne Saloon is one of the most popular venues in Orlando, but it has a spooky past. Investigate the haunted history with US Ghost Adventures. 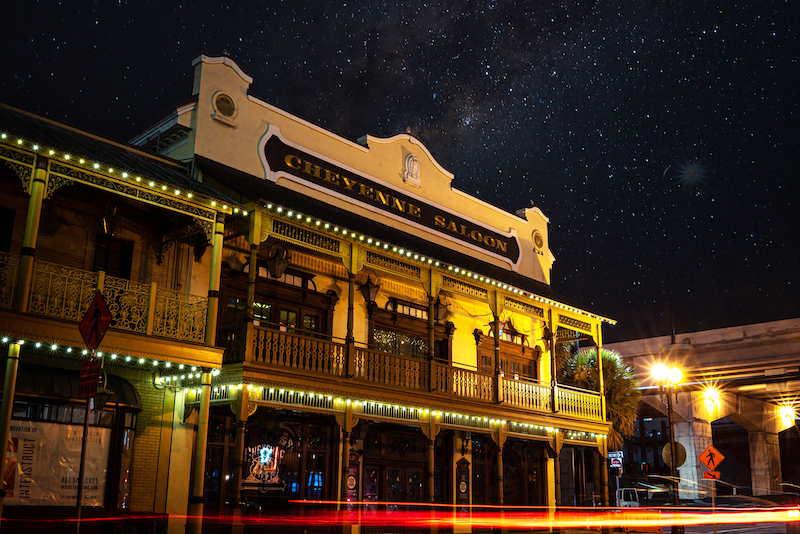 The Cheyenne Saloon is one of the biggest hotspots in Orlando. Known for its delicious food and high-quality live music, it’s where people of all ages can have a good time. Inside there’s a three-story bar, extensive entertainment and event center, and a massive eating area.

But after the last call, something else comes out of the shadows, and it isn’t staggering customers. Find out the historical and hair-raising details of this legendary watering hole on a tour of haunted Orlando with US Ghost Adventures.

The Cheyenne Saloon and Opera House opened its doors in the 1980s to welcome lovers of the Wild West. The nightclub had a Western theme. It became so prominent in the country music scene that The Nashville Network chose the club as its home base for the program, Church Street Station, on which beloved country stars performed to a national audience.

The interior of the club was the perfect place to showcase music legends. With 250,000 ft of golden oak, chandeliers, and stained glass, it was a stunning stage ideally suited for television.

The Hauntings on Church Street

Although Church Street Station is known as a fun and lively place in Orlando, it also has some eerie stories. Many people claim that the entire area is haunted by spirits.

One of the most famous cases is when a restaurant owner wanted to back out of their lease due to the property housing evil spirits. They claim that their lawyer didn’t inform them they were buying a potentially haunted property, which gave them grounds to file a lawsuit.

The landlord performed an exorcism on the place and claimed the place didn’t contain any ghosts or demons. As a result, the landlord threatened to sue the restaurant owners for trying to get out of their contract.

That’s not the only story involving spirits at Church Street Station. Numerous people report seeing spirits and strange figures roaming around the area at night. However, the place is usually so crowded they go unnoticed.

Ghosts in the Cheyenne Saloon

Since the Cheyenne Saloon is typically packed with people just trying to have a good time, it’s easy not to notice a spirit or two roaming around.

However, some people claim to have seen some ghosts around the venue. That said, they didn’t come across as hostile, more like previous patrons trying to enjoy the Saloon.

There are many good reasons to visit Orlando, and encountering spirits is one of them! During our Orlando ghost tour, we’ll take you to the Cheyenne Saloon and several other popular haunted destinations in the Sunshine State. Book a spot on our tour to add some excitement to your time in Orlando! 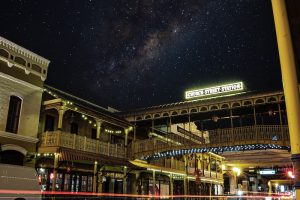 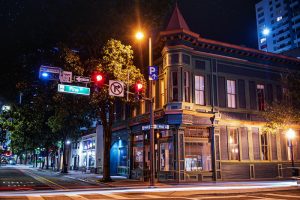