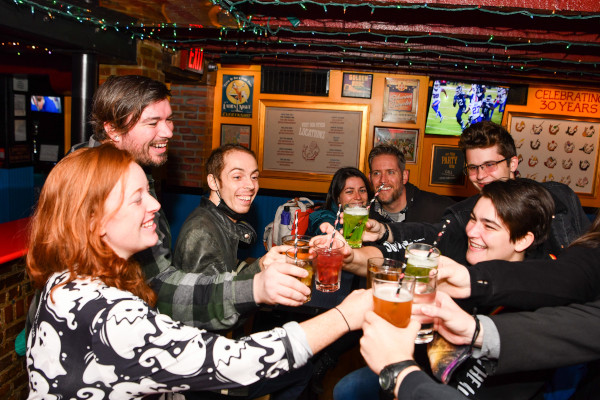 Try the new Boos and Booze Haunted Pub Crawl for some genuine scares, spirits, and spirits in New York City

What began as a trading post on the southern tip of Manhattan Island by Dutch colonists in 1624 slowly grew into an international trading center by the 19th century. Could those early settlers have known that the center of their small world was destined for international greatness?

But those who know the city well know that it has a dark history–from centuries of wars, debauchery, gangs, prohibition, and other iconic eras to the crime, tragic events, decades of underhanded politicians and scandalous socialites – it’s dark underbelly still permeates the city’s past and present along with the hauntings and ghosts that emanate from all that’s happened in the Big Apple. Come along on our New York Haunted Pub Crawl for an inside look at the dark and haunted side of New York City, while fueling up with a few glasses of liquid courage along the way.

Haunted Tales of the City

New York City is full of spooky stories like the Gay Street Phantom, the legend of Howdy Doody, and a mysterious face-melting entity found at Marie’s Crisis.

Hamilton lovers might not know about the scandalous story of Vice President Aaron Burr’s English mistress who died during childbirth. Reportedly, their love child, who also mysteriously perished, haunts the grounds of Burr’s West Villagehome. All of these tales, and more, will unfold before you as we traverse these hallowed streets.

Over 2,500 bars call New York City home. Trying to figure out which one to visit can turn into a “Beautiful Mind” scenario with so many options. We take the guesswork out of finding both the ghosts and the swankiest salons in town.

They range from the iconic Chumley’s where ee Cummings, William Faulkner, Eugene O’Neill, John Steinbeck sauced themselves during prohibition to Cherry Lane where Scott Fitzgerald, Sam Shephard, and even Pablo Picasso drank the night away!

Our New York City bar crawl will introduce you to some of the city’s most fascinating history, much of which locals don’t even know about!

We’ll spill the secrets about a Mayor who founded his own speakeasy during Prohibition, one of the original gay bars established by mobsters, and another underground drinkery that served everyone from literary geniuses to the town’s most notorious gangsters! The City That Never Sleeps conceives some of the craziest stories you’ll ever hear.

Meet new people from all walks of life who are also interested in the celestial and the occasional drink or five. There’s never been an easier icebreaker than devils and drinks!

See the scary and unspoken side of New York City through the eyes of local guides who know the city better than anyone. You’ll end the night not only visiting some of the most talked-about bars in the city but also armed with enough festive facts to enthrall your friends back home. 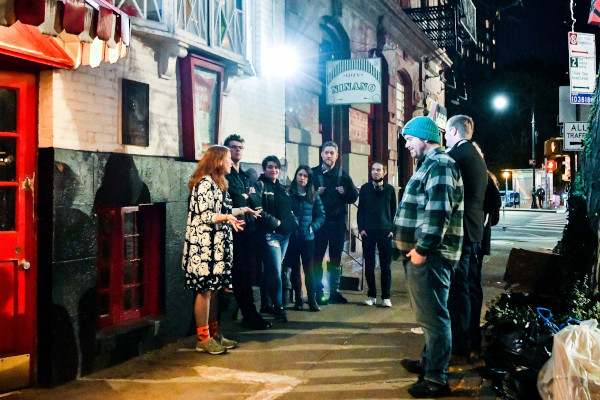 Today, an uber-popular cabaret-style bar chock full of showtunes, Marie’s Crisis is haunted by none other than Thomas Paine. Paine is said to pull pranks on the bar’s management, hiding important papers and tipping over trays of drinks.

Marie’s Crisis is also said to be haunted by an entity, a negative collection of energy, that terrorized an employee back in the 1980s.

One if by Land, Two if by Sea 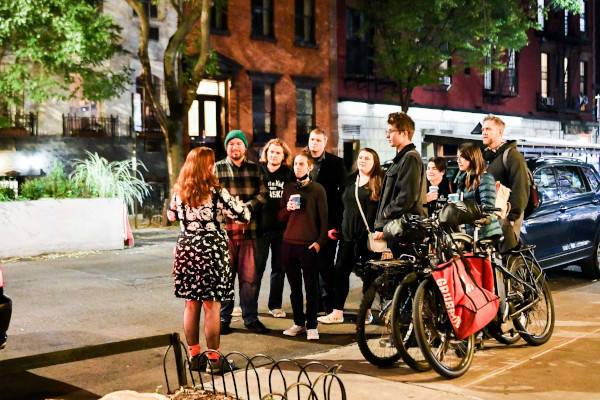 One if by Land, Two if by Sea is an elegant restaurant located in the heart of the West Village, long recognized as the most romantic restaurant in New York City.

But behind its handsome veneer lurks a dark past: prostitution, mysterious disappearances, and gruesome deaths are among the nasty things that are tied to its history. The restaurant is said to be haunted by Theodosia, Aaron Burr’s daughter, and moonlighted as a brothel for a time. 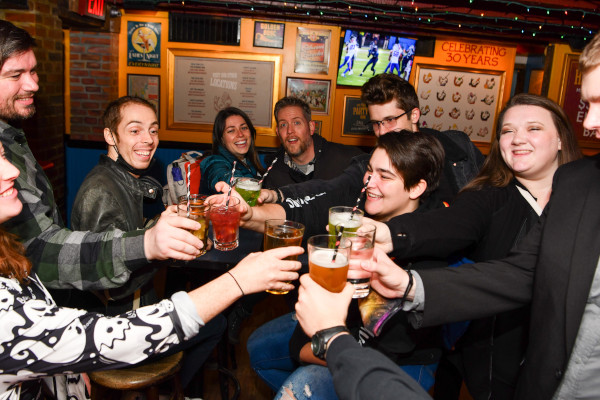 A prohibition-era speakeasy started by none other than New York’s mayor, Pirate’s Den is haunted by its former patrons, with many reporting hearing a specific pattern of tapping, almost like flapper heels, still dancing away.

There are also reports of a man screaming bloody murder in the basement, and the famed creepy puppet Howdy Doody was made here by his creator, Frank Paris.