The LaLaurie Mansion is one of NOLA’s most famous buildings, but for all the wrong reasons. Check out this haunted location on a US Ghost Adventures tour. 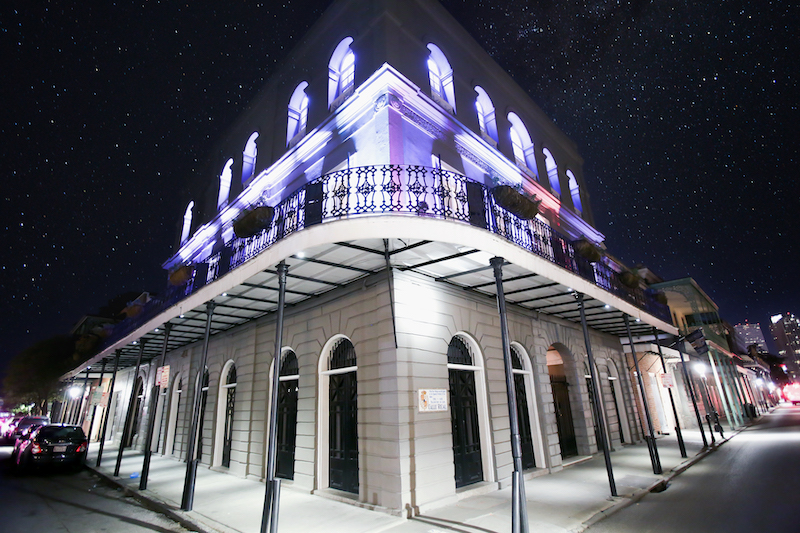 You can mention haunted houses in New Orleans without hearing about the LaLaurie mansion. In fact, most people don’t even call it by its name and simply refer to it as “the haunted house.”

The home has such a sinister past that even skeptics will find themselves questioning if that haunted history doesn’t linger still. There are over two centuries of reports of ghostly encounters happening at the LaLaurie mansion. Some are relatively light, where others are downright terrifying.

You can learn more about the LaLaurie Mansion’s extremely twisted backstory on our tour with US Ghost Adventures. Discover NOLA’s hair-raising history that makes visitors to the Big Easy a little uneasy.

The LaLaurie Mansion gets its name from its former owner, Delphine LaLaurie, one of America’s most notorious serial killers. She was somewhat of a socialite among the city’s elite. She was married three times and eventually ended up a widower by the time of her crimes.

Like most of the wealthy in New Orleans during the time, she owned slaves. However, the condition of her slaves were so bad that even other slave owners grew concerned. What threw people off was that Delphine LaLaurie wasn’t publically cruel to black people.

However, it would soon come to light that her generosity was simply a disguise from her true malicious intentions. In April of 1834, a massive fire broke out at the property.

When responders arrived, they found an elderly cook chained to the stove. She claimed that she started the fire as a suicide attempt because she feared being punished by LaLaurie.

This incident started to raise suspicions about Delphine’s treatment of her slaves. It came to be that she used her mansion as a make-shift torture chamber for slaves. Some of the acts she committed are so gruesome that even the boldest stomachs would turn.

LaLaurie escaped punishment and fled to France, where she remained in self-inflicted exile. Her death was also a mystery, but most believe she passed away hunting wild boars.

Today, many believe that the spirits of her victims still occupy the home. The strange noises and occurrences that happen at the property are likely those trying to find peace and escape the pain and suffering once and for all.

The home has also shown up in popular culture. The televised series “American Horror Story” references the home’s infamous owner, Delphine LaLaurie, as one of its characters.

No doubt, there’s a lot of fun things to do in The Big Easy. Tourists and locals have a plethora of attractions to enjoy, making the city a hotspot of activities for the living and the dead. Heighten your time in town and join US Ghost Adventures for our New Orleans Ghost Tour.