The Ryman Auditorium is perhaps Nashville’s most infamous music venue. Learn more about its haunted past on a Nashville Ghost Tour by US Ghost Adventures. 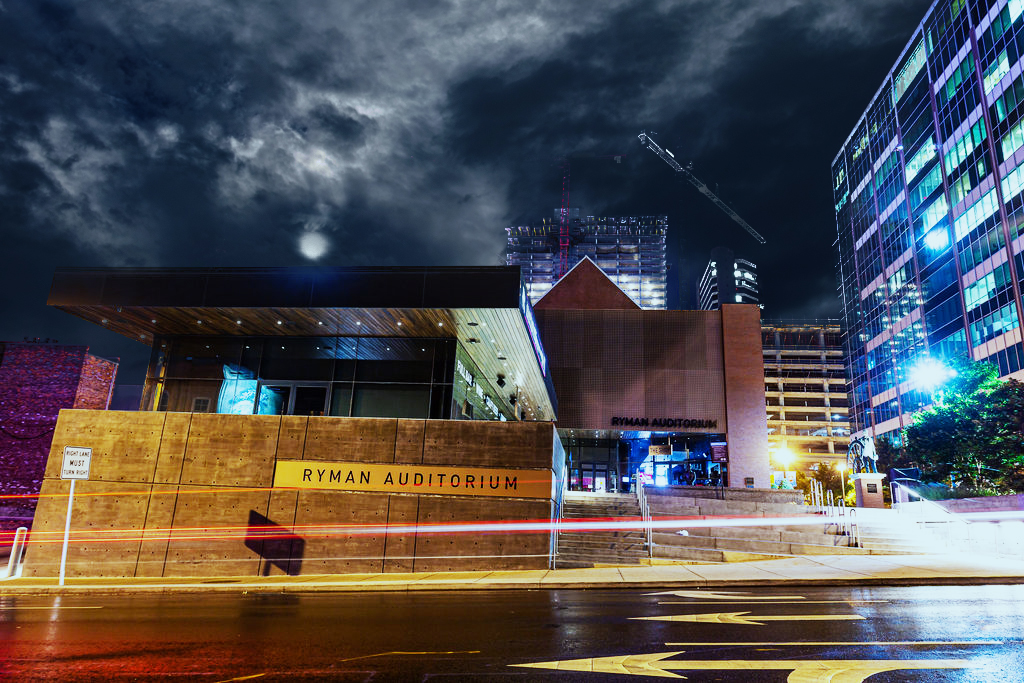 Nashville’s concert venues have earned it the moniker of the Music City, and none are more exciting—nor unsettling—than the Ryman Auditorium.

The Ryman is a famed location for musicians and concert-goers alike, but when the stadium lights are off, not all is as it seems. Ghostly apparitions, mysterious deaths, and horrific tragedies blight this venue’s history.

Discover the spooky side of Nashville on a ghost tour of the Ryman Auditorium and get ready to see acts whose names don’t appear on the bill.

From Worship to Woe

The Ryman Auditorium was originally a place of worship for Christians in the community. However, it became a popular musical hub in later years, and legend has it that the spirits weren’t fond of this transition.

Some claim that the stage is cursed, and those brave enough to sing on it may be trading their lives. Yet that’s just an urban legend, or is it?

The auditorium was named in honor of Thomas Ryman, a famous riverboat captain and established Tennesee businessman. However, he wasn’t a supporter of turning the auditorium into a music venue. Now, some attendees state they’ve seen Ryman’s ghost haunting the stadium bemoaning his woes and frustration.

While not every sighting of Ryman was sinister, his ghost is known to get rambunxious if performers got bawdy. There are claims that some shows shut down due to such loud stomping noises presumably made by the spirit.

However, Ryman’s spirit is relatively friendly compared to some other entities that have taken residence on the property.

The show was an immediate success, but a rumor spread throughout the town that turned people away from the broadcast. People started to claim that the venue was cursed as several guests featured on the Grand Ole Opry ended up dead.

Reports suggest that 37 people who appeared on the show died untimely deaths. Some passed away from drug overdoses, car accidents, and even murders. The show ended up changing venues, but the spooky curse didn’t seem to stop.

The Grand Ole Opry took portions of the stage from the Ryman Auditorium to their new location at the Opryland USA Theme Park. Afterward, there were around 14 accidents at the park resulting in deaths. Is the auditorium to blame for these misfortunes? Well, that remains a mystery.

However, it’s safe to say that there are some eerie vibes in that place that would even make serious skeptics question their beliefs. The rich history of the Ryman Auditorium has made it one of the most infamous locations in Nashville.

Attendees can learn about the different acts and guests that have attended the venue and dig into some of the property’s haunted past.

Whether you’re a tourist or have lived there your entire life, there seems to be an endless amount of fun to have in Nashville. Discover more spooky sights on our Nashville Ghost Tour if you’re looking for a thrill during your time in the Music City. 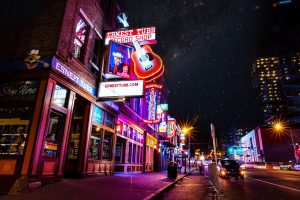 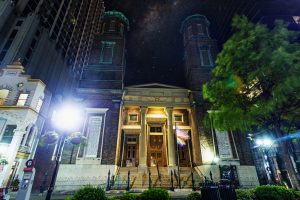