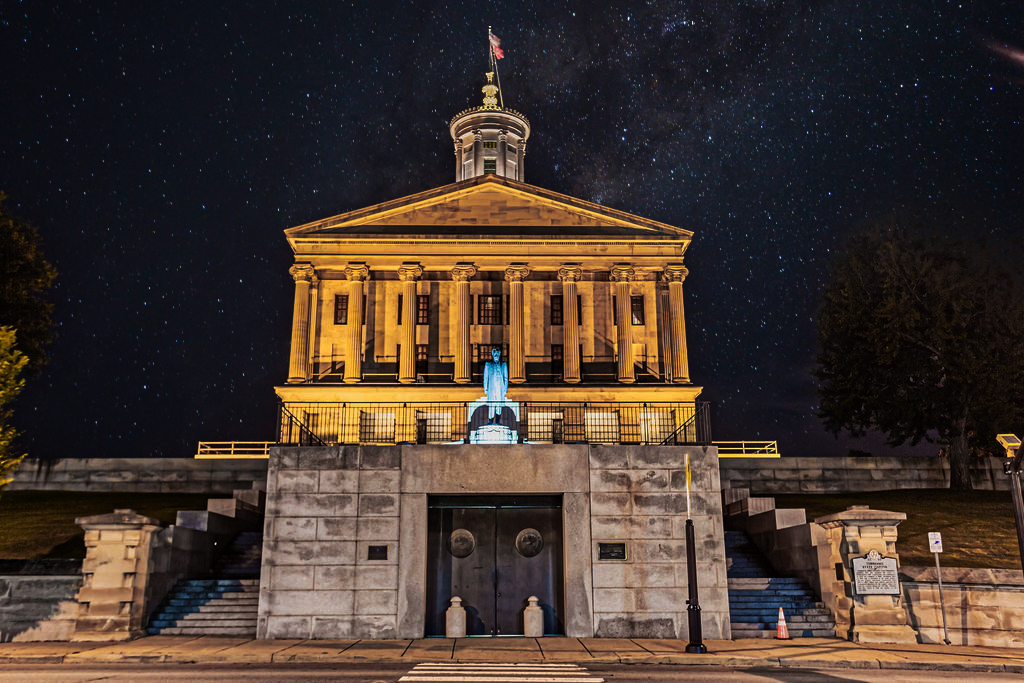 Not only is Nashville known for its country music, but also for its unmatched nightlife – that includes the ghosts!

Spirits at Every Turn

While Nashville is known for its joyful country music scene and famous residents, it is certainly not all glitz and glamor.  Every corner of Nashville is steeped in history, but what you might not know is that many of those corners are also haunted.

One thing that Nashville does best is music and nightlife, and what’s a night out without a pub or two? In the spirit (no pun intended) of learning, join us for a Nashville Spirits and Spirits Haunted Pub Crawl to discover the history of Nashville’s most haunted watering holes.

The history of Nashville begins in 1779, when the town of Nashborough was founded and named for Revolutionary War hero Francis Nash. The name was shortened to Nashville a
few years later—it had a better ring to it.

Thanks to its proximity to the Cumberland River and the railroad, which was constructed in 1859, the town was a bustling center for commerce. It grew and prospered in the years leading up to the Civil War — and then the union came. Nashville has seen battles during the Civil War, two Cholera outbreaks that resulted in over 1000 deaths, and countless other hidden tragedies.

As far as tourism goes, the city has experienced a resurgence in the last decade, partially fueled by the ABC television show, “Nashville,” which aired from 2012 to 2018. It’s also smaller and homier than New York, Los Angeles, or Atlanta, so it’s more attractive to young artists. Alan Jackson sings about that in his 1994 song, “Gone Country.”

There’s a certain charm about Nashville. It exists somewhere between Saturday night parties and Sunday morning church, but you won’t get a feel for that charm unless you
experience it yourself.

Learn About Nashville’s Spooky Side

Nashville has a dark history that rivals any country song—from Civil War soldiers to politicians to singers, the streets, alleys, and bars are littered with lost souls sear
ching for justice. There are also lost lovers looking for loved ones along the river, in graveyards, churches, and many other places. Nashville is a city filled with a haunted history.

Hear the stories of the celebrity souls trapped in the Grand Ole Opry, continuously repeating their glory days. There are stories of musicians like Hank Williams and Patsy Cline giving far away performances. Employees have also heard doors opening and closing on their own. Sometimes doors would slam as if by their own free will. Lights will flicker, singing heard, and piano keys beginning to play in the haunted hallowed halls of the Grand Ole Opry. 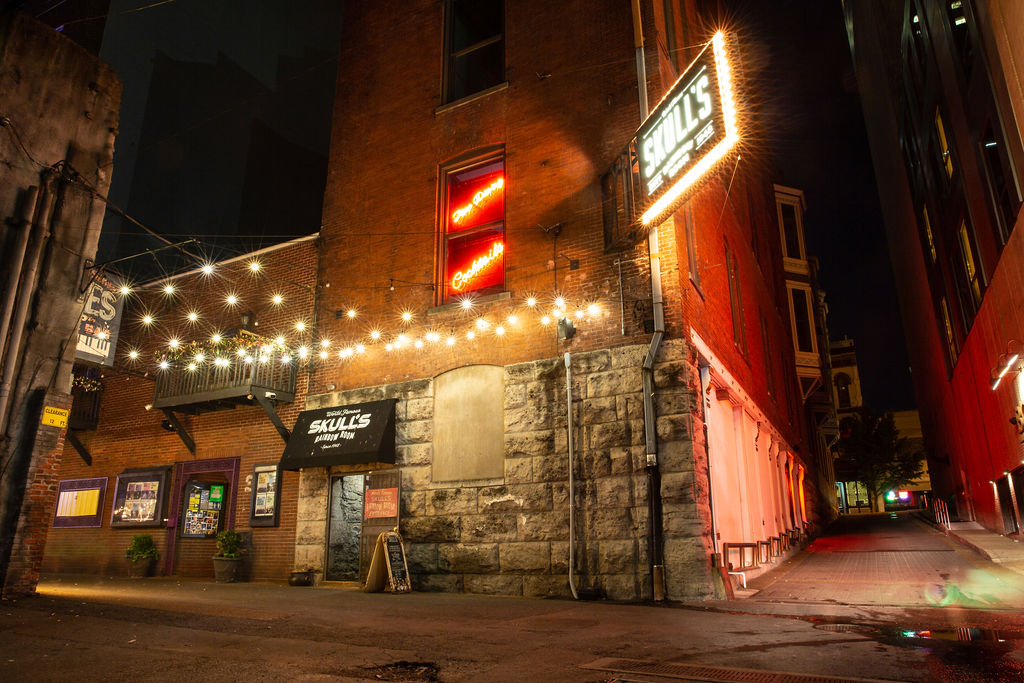 The Alley Taps Bar is a speakeasy and Nashville’s original gin mill. This bar is home to live music and many famous stars have gotten their starts here. Some still drop by today to grace the stage from time to time and you never know who you will find on the stage or in the seat beside you.

Also, located in Printer’s Alley, the entire city is filled with haunted lore and ghosts that abound. This is a two-block section of the street that is historic and as well a gathering place for many hauntings. 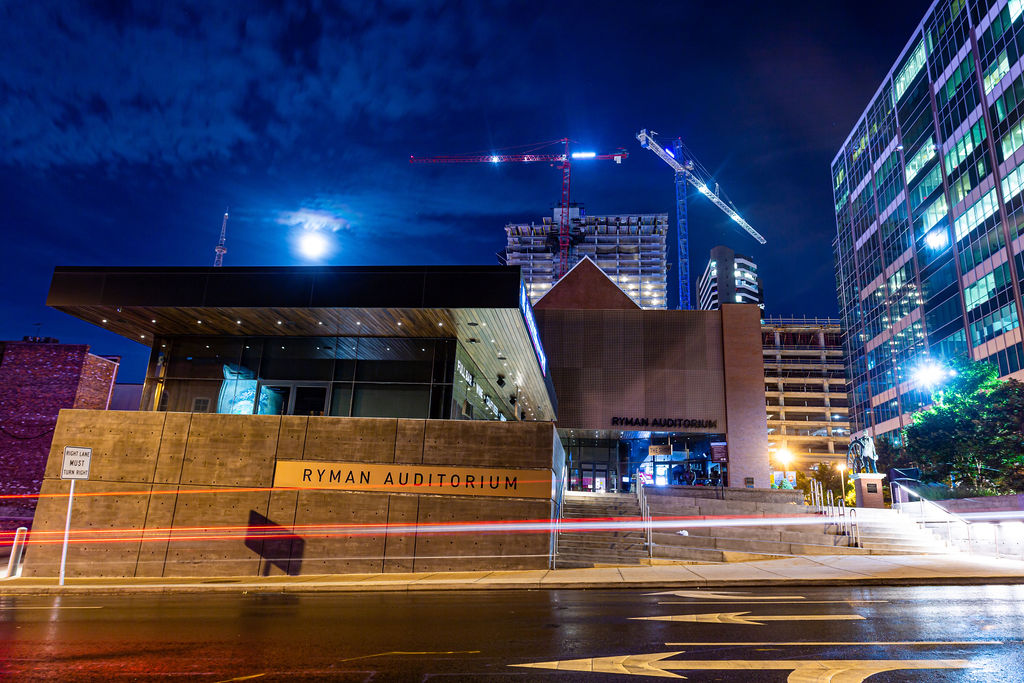 The Ryman was used from 1943 to 1974 as, “The Grand Ole Opry” for weekly stage performances for the amazing country music performances. To date, many greats such as Elvis Presley, Johnny Cash, Dolly Parton, Louis Armstrong, Taylor Swift, and Garth Brooks have performed here.

Several performers at the Grand Old Opry, now the Ryman have lost their lives in tragedies: car crashes, overdoses, accidents, murders, plane crashes and fires. Some believe that this is The Curse of the Grand Ole Opry. This building is also the site of some paranormal guests that occupy it. The ghosts of The Gray Man, and Captain Ryman, Hank Williams Jr, and Patsy Cline. 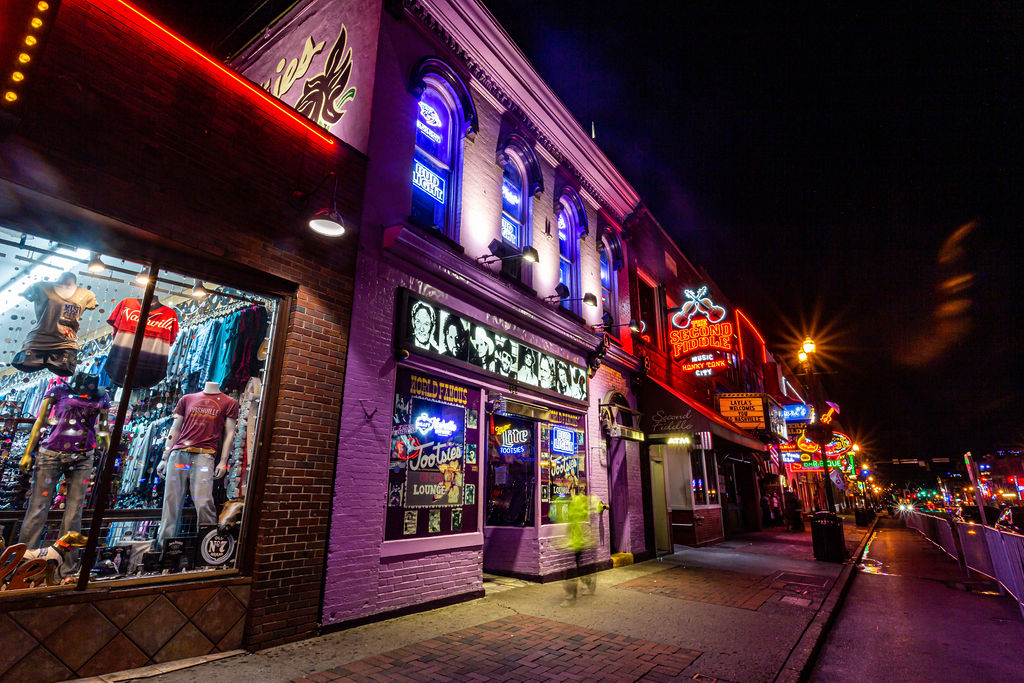 Tootsie’s is one of the first honky tonks on Broadway. Located near the Ryman Auditorium, many stars would come through here before the show for liquid courage or after the show to wind down. Willie Nelson got his first paying songwriting gig after one night at Tootsie’s.

Tootsie, the bar’s namesake, had a soft spot for struggling artists. She was known for slipping money to musicians who were about to throw in the towel. Supposedly, she has a cigar box behind the counter full of IOU’s from destitute songwriters and performers who had received a free meal or drink from her over the years.