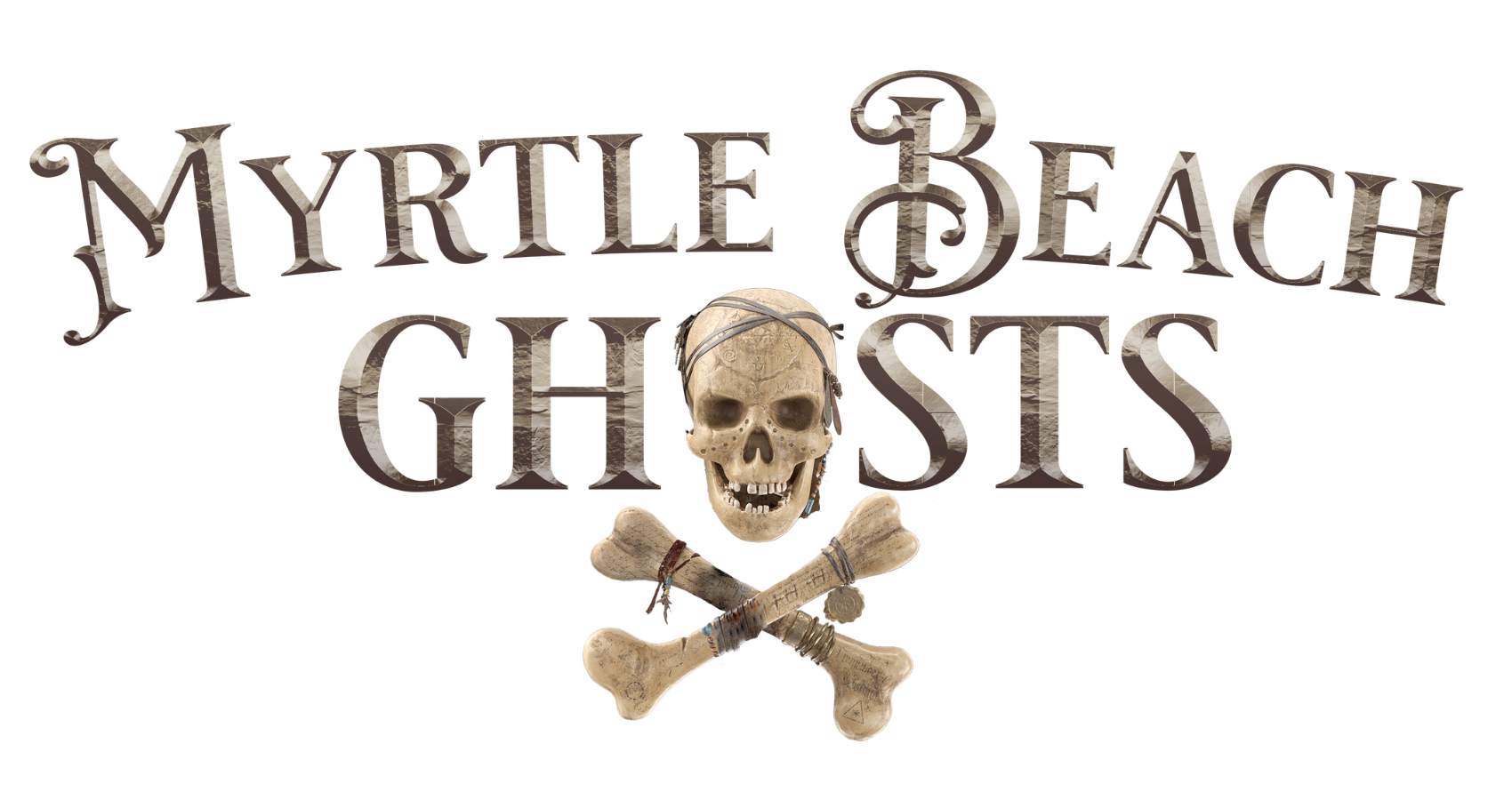 Green fairways and sandy beaches drape a veil over South Carolina’s gruesome history. Discover the truth of why Myrtle Beach’s haunted shores attract visitors from the great beyond.

Uncover a treasure trove of mystifying and tragic tales that lie just beneath the surface of this bustling beach town. Myrtle Ghosts will reveal the real hauntings and tormented souls still wandering the boardwalk of one of the most haunted beaches in the country.

The Unthinkable, Unbelievable, and The Undead

An idyllic city with a skyline made for postcards, Myrtle Beach is a paradise full of sunny skies, picturesque coastlines, and terrifying tales born of centuries-old tragedies. A walk down the Boardwalk will lead you into the abyss of the unknown, eventually revealing the true nature of the beach town’s grim and gruesome history.

The spirits of those who are not ready, or unable, to leave, continue to make themselves known to visitors and locals on the beach who aren’t necessarily looking for unexpected company. Beings that sound as though they were created in a comic book are more than just characters in the history of the Myrtle Beach Boardwalk. They’re more terrifying because they’re real, with eyewitness accounts of their existence. Prepare to embark on a ghost tour you’ll never forget brought to you by expert local guides who will reveal the deadly truth hiding behind the veil of the beach town’s party-time persona.

What Will I See?

Otherworldly Unrest in a Picture-Perfect Place

Before Myrtle Beach became a destination for rest and relaxation, it was the home of thriving Native American communities, the area’s first settlers. When the sun sets, their apparitions are said to continue to wander the beach, possibly searching for their former homes, stripped away by unwelcome intruders to their land.

Following the departure of the Native Americans, Myrtle Beach remained desolate for a period of time until several families established the area as their home. Just as they began to settle, the hurricane of 1822 killed 18 of the family members, leaving their spirits to replay that fateful day and their cries to be heard by the living.

Sorrow was not an uncommon theme in Myrtle Beach’s evolution as natural disasters weren’t the only cause of untimely deaths. A woman whose family kept her away from her true love ultimately died of a broken heart and now spends the afterlife walking Myrtle Beach and has been dubbed the Lady in White.

Why is Myrtle Beach so Haunted?

Ghost sightings point to past business owners who regularly make themselves known, unable to leave their beloved, and haunted, establishments that they poured every ounce of energy into in life…and now flood the same locations with ghostly energy in death.

There is also the sad tale of a young man who climbed to the top of the Skywheel only to plummet to his death, his spirit forever tied to the very spot he lost his life. You’ll also learn of “Barman Joe”, a beloved patron of The Bowery who tragically died in his favorite haunt and continues to make it his favorite haunt.

Of course, there’s more to Myrtle Beach than just the spirits of residents past. It’s also home to unexplained beings that transcend folklore and reside in the shadows of this beautiful area. Uncover the truth behind sightings of creatures that instilled such terror in the community that during the solar eclipse of 2017, the South Carolina Emergency Management Division alerted citizens to be on alert for supernatural occurrences.

Whether they’re human, animal or both is something most never care to find out.  Even the tale of the legendary figures Raw Head and Bloody Bones will be sure to send shivers down your spine, and perhaps make you think twice before planning your next vacation to the unearthly Myrtle Beach area.

Every city has a backstory, tragic but true, and nothing will prepare you for the authentic ghost stories you will hear on the Myrtle Beach Ghost Tour. Join us on Peaches Corner where our tour guides will take you on an engrossing adventure through some of the area’s most historic and haunted locations. From eerie eateries to terrifying theme parks, every spot on the Myrtle Beach Ghost Tour features tales that are mesmerizing and unbelievably spine-chilling, making it the perfect adventure to share scares with friends, family, or–if you’re brave enough–all by your lonesome!

Preview The Most Haunted Locations In Myrtle Beach 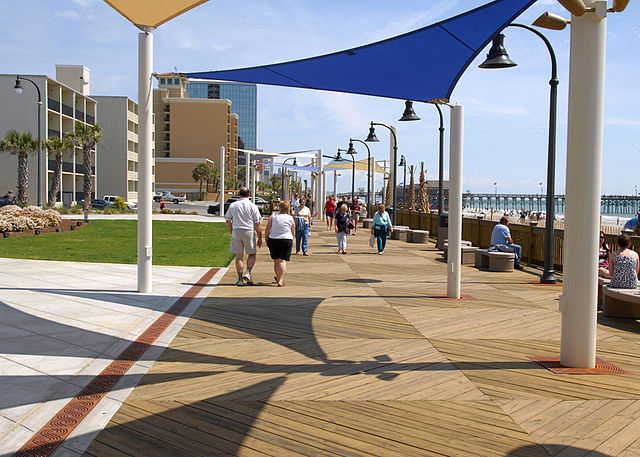 Truly one of the most fascinating attractions in Myrtle Beach as the promenade stretches the entire length of the town. Its beauty draws in visitors by the thousands but it’s the early beginnings of the area that keep the spirits of past residents coming back. 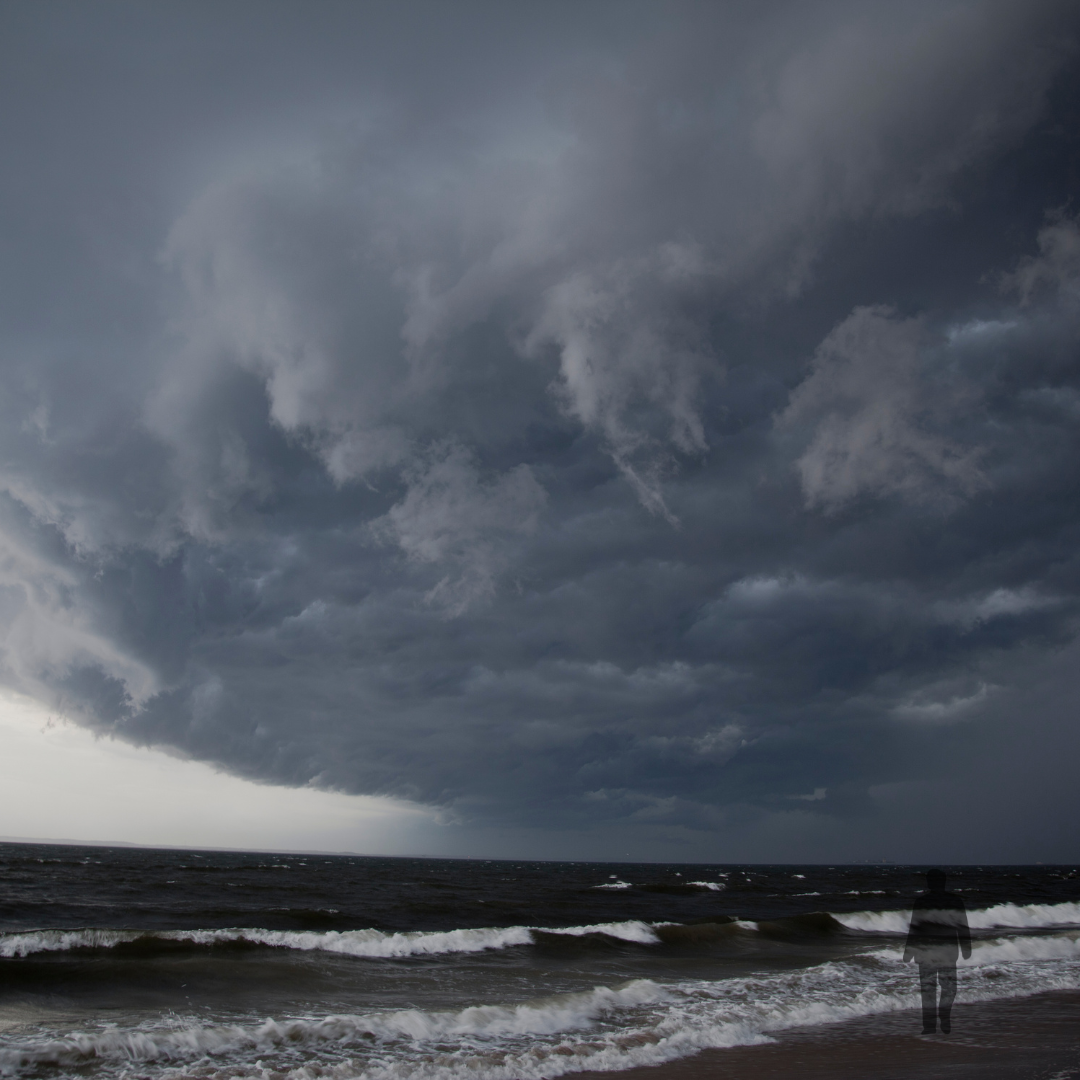 A popular place for fishing, festivals, and unlimited fun, Plyler Park features nonstop activities for people of all ages. However, the attractions aren’t the only ones that make this a hot spot for activity. Malevolent and vengeful spirits made the park their home decades ago and reside there to this day. 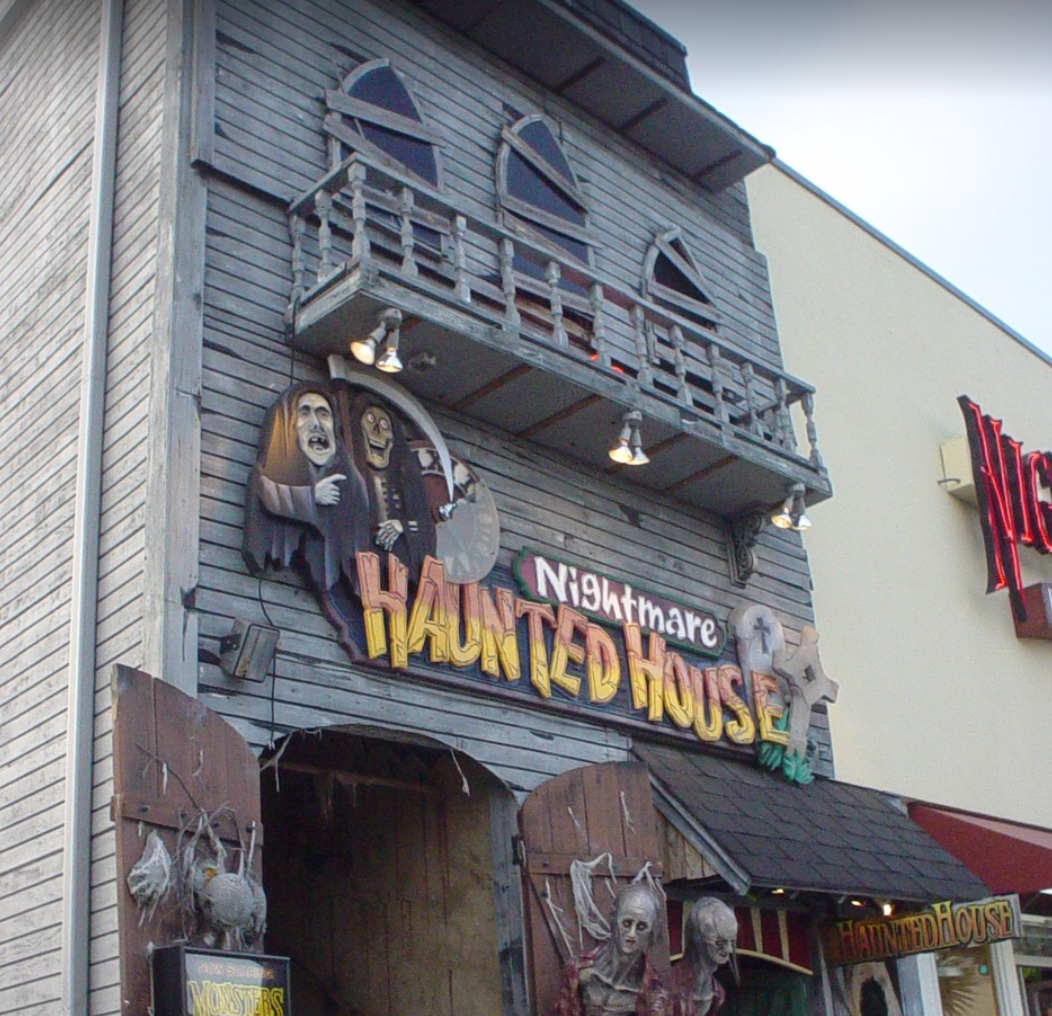 The Nightmare Haunted House offer scares of both the natural and supernatural kind. Voted one of the scariest locations in the United States, visitors have experienced chills not meant as part of the attraction from entities with a horrific origin story.

1) You want an experience as unique as Myrtle Beach.

The history is deep in this quaint and picturesque city, so why not take it all in with a guided tour of the area? In addition to learning about the founding of Myrtle Beach and the events that brought us to today, you’ll hear stories that give the city its flair and make it a hot spot for tourists and the unexplained.

The Myrtle Beach Ghost Tour has it all, from spirits and ghost ships to unnerving creatures and sightings of the unexplainable. Learn more than just a piece of history – learn the whole gruesome and horrifying story. Our guides will take you on a journey that you won’t find anywhere else.

2) You’re fascinated by the unexplained.

If there’s one thing Myrtle Beach is full of it’s stories shrouded in darkness and mystery. From its inception, the city has been a magnet for unexplained occurrences and sightings that go beyond the normal ghost story. Tourists, ghost hunters, and haunted history enthusiasts alike travel hundreds of miles just to try and catch a glimpse of the supernatural.

The stories you’ll hear are those usually seen on shows that feature places and things that are out of this world. If those shows are on your favorites list, then the Myrtle Beach Ghost Tour is right up your alley! From deceivingly peaceful orbs to malevolent spirits that steal the breath of others to skeletons that continue to walk the earth, you’ll not only hear these tales but be taken to the exact spots of their origination.

No matter if you’re a tourist or you’ve always called Myrtle Beach home, everyone could always use a little extra excitement now and then. A ghost tour by expert tour guides whose goal is to keep you engaged and entertained will give you just that! What’s more exhilarating than Myrtle Beach Thrill Rides? How about the thought of knowing that vengeful ghosts may just follow you home from the park? The Myrtle Beach Ghost Tour is sure to make it a night you and your party will never forget.

4) You’re looking for something fun to do at your bachelor/bachelorette party.

Your friend is about to tie the knot so why not give them an experience they’ll never forget? It doesn’t get much more special and unique than a ghost tour in a place with a deep-rooted history and documented evidence of the unexplained. You can take your friend and the party to see all the things everyone has seen before or you can everyone on an adventure where they might see something they’ll never unsee. Now THAT’S a party!

5) You’re looking for something to entertain the entire family.

The stories you’ll hear are true but are told with your family in mind. After all, you’re here for fun! As you walk through parts of Myrtle Beach, you’ll hear about the development and significance of each building and historical marker as well as the apparitions that frequent them. It’s enough to give you chills, but not enough to keep you away from this beautiful city. We want to see you back for more!

6) You want a break from Netflix.

Let’s face it, these days it’s easy to Netflix and chill almost anywhere at any time. Whether you’re here on vacation or this is your home, the Myrtle Beach Ghost Tour is a great way to break away from the mundane and do something that will give you something you won’t get from a streaming service: an engaging good time. You’re not meant to be a zombie, you’re meant to uncover their counterparts. Turn the TV off and join us! 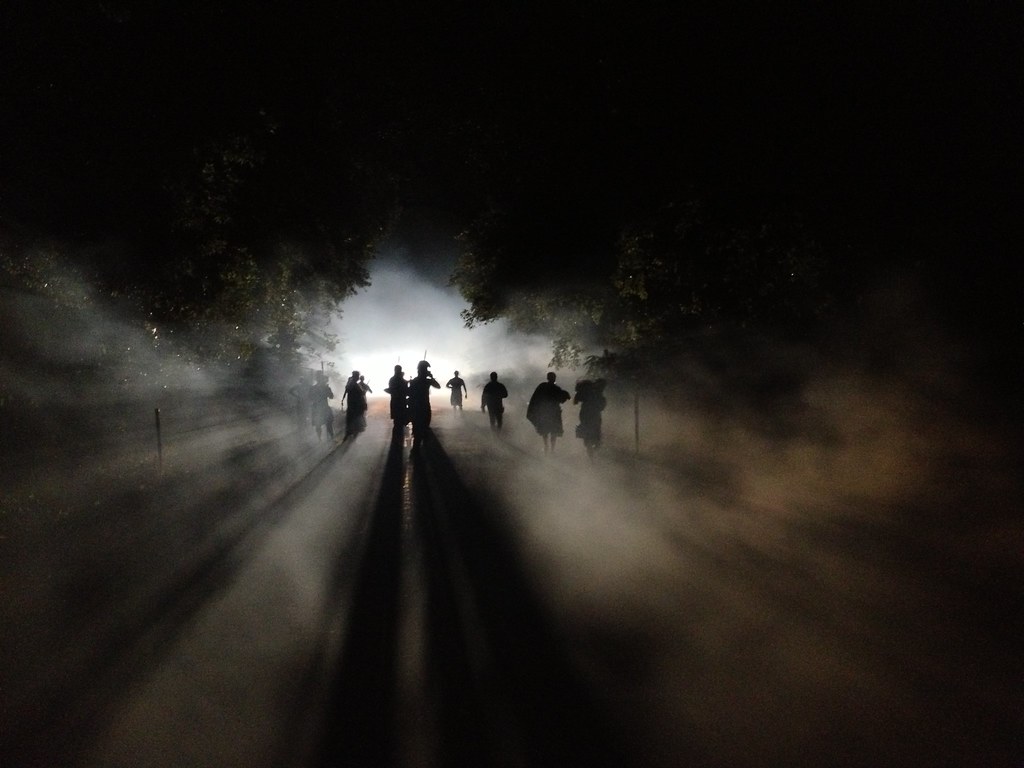 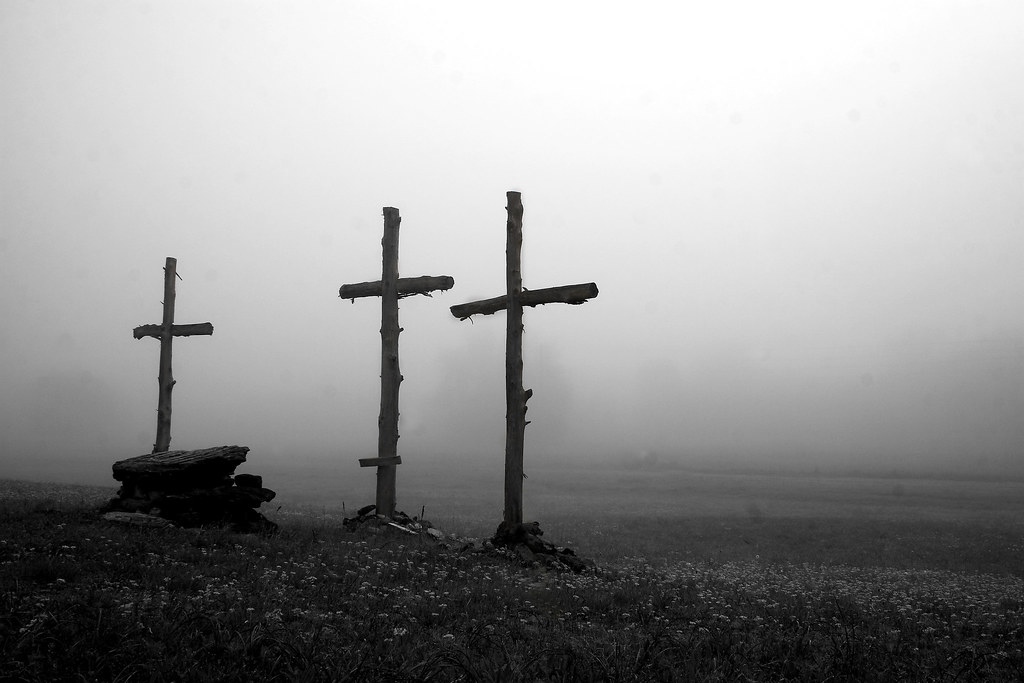 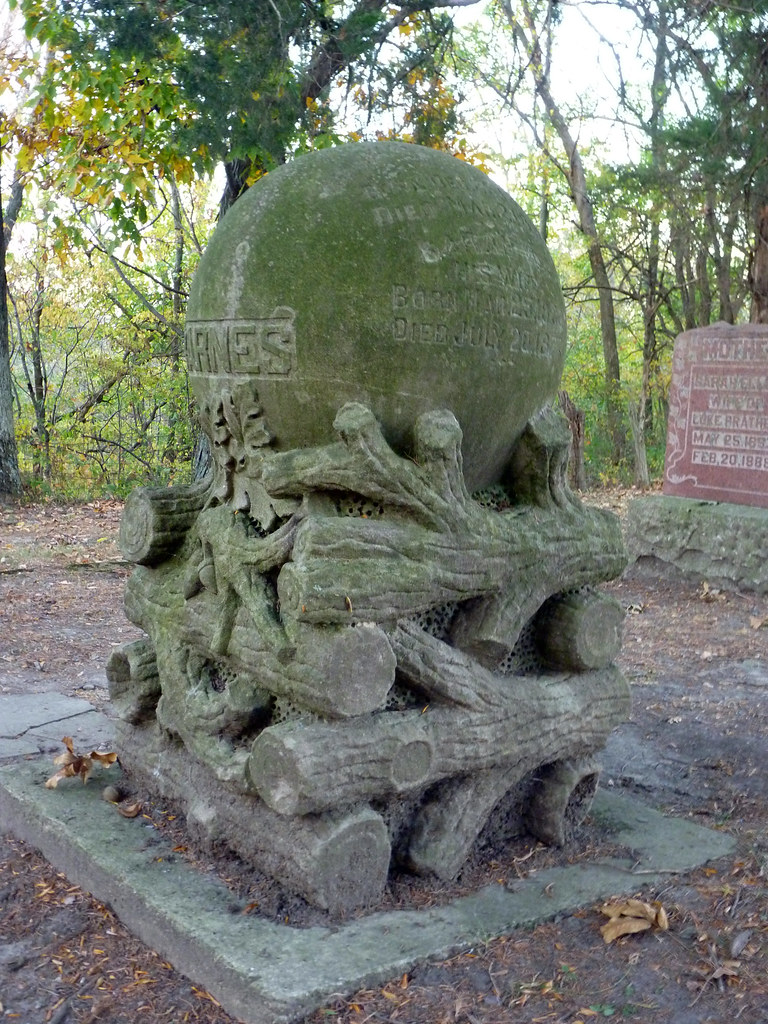