[subphoto3] The Lizzie Borden House is the spookiest place in Fall River. Having been the scene of a gruesome murder by the accused, Lizzie Borden, the haunted energy in the house is still alive and well. Join US Ghost Adventures for an unforgettable night at the former residence of Lizzie Borden. You enjoy a continental breakfast, take a tour of the beautiful property, and you just might encounter the ghosts of the deceased. We offer several tours, including a house tour, a ghost tour, a ghost hunt, and even a virtual tour! With so many options, there’s sure to be something the whole family can enjoy. Our tours are authentic. We let the ghosts do the haunting. There’s nobody in a cheap costume hiding in the dark. We rely on the actual events of the Lizzie Borden House to get those juices flowing. You don’t want to miss out on one of the most influential crimes in American history. Book your stay at the Lizzie Borden House today! 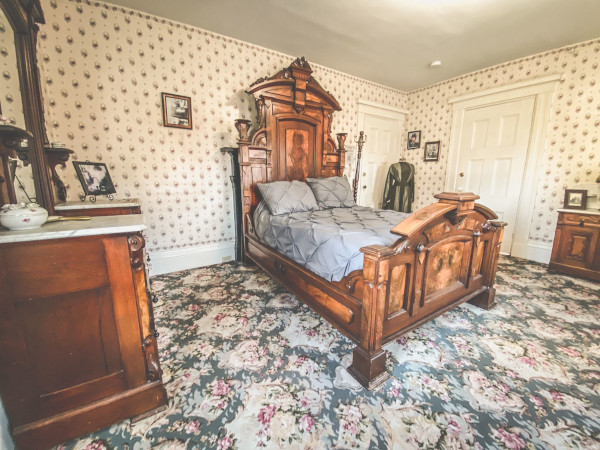 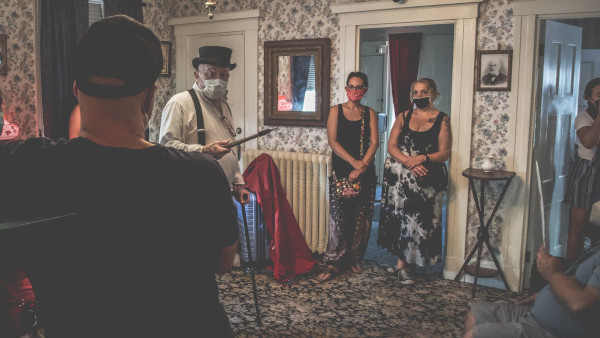 The Spooky Story of Lizzie Borden 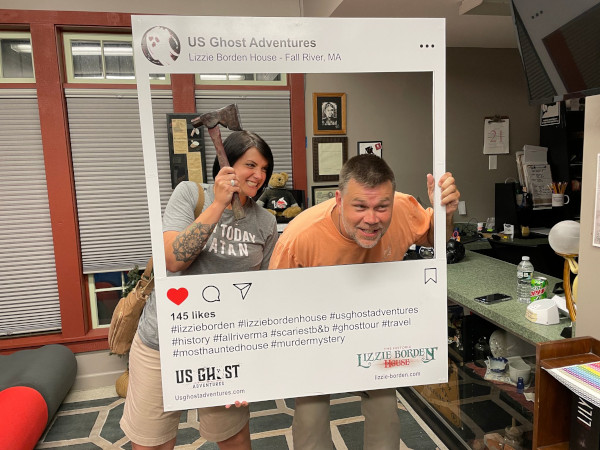 Lizzie Borden was born in 1860 in Fall River, Massachusetts. From an early age, she was at odds with her stepmother, Abby, who she and her older sister, Emily, believed married her father for his wealth. Their father, Andrew, was a prominent developer in Fall River. Lizzie grew up an upstanding member of her community, being heavily involved in the church and performing services for the poor. As Lizzie grew older, the tension between the parents and the daughters grew. Lizzie and Emily remained unmarried, bringing negative attention to the family from their peers. Andrew Borden had also been killing Lizzie’s pigeons. Worst of all, Andrew had also begun gifting generous land and monetary grants to Abby and her family, inciting outrage in Lizzie. The story says that Lizzie, blind with rage, hacked her father and stepmother to death in the house. The trial that followed became one of the most sensationalized courtroom cases in American history, attracting hundreds of tourists to Fall River. Lizzie, being the daughter of a man with influence, was acquitted. The contradicting statements forced the judge to rule in favor of Lizzie. She lived the rest of her life in relative anonymity, but her legacy still lives on to this day. Be a part of the Borden legacy! Book a night at the Lizzie Borden House today!

Since 2013, US Ghost Adventures has offered entertaining, historic, and authentic ghost tours of America’s most haunted cities. We deliver fun, yet honest accounts of hauntings
across the nation. Our ghost stories are based on historic research, but that doesn’t mean they won’t send a chill down your spine.

This page gives you a small taste of what you might experience on your ghost tour or at your stay — subscribe to our YouTube Channel for more.
Our founder, Lance Zaal, is an authority on haunted sites in the US is frequently consulted by the media as an expert on unexplained phenomena.
US Ghost Adventures also offers virtual tours, a self-guided mobile app, and an Alexa voice app.

The morning of August 4th, 1892 turned out to be the bloodiest day Fall River has ever seen. According to the story, Lizzie Borden snapped, grabbed an axe, and swung away at her parents. The gruesome crime scene became one of the country’s most influential murders. Be a part of history and join US Ghost Adventures at the Lizzie Borden House! We’ll be having breakfast, ghost hunts, and an inside look at how Lizzie committed the crime. Don’t keep us waiting…book your night at the Lizzie Borden House today!