Ghosts of gangsters and shadowy showgirls—join US Ghost Adventures for a haunted tour of Key West, FL. 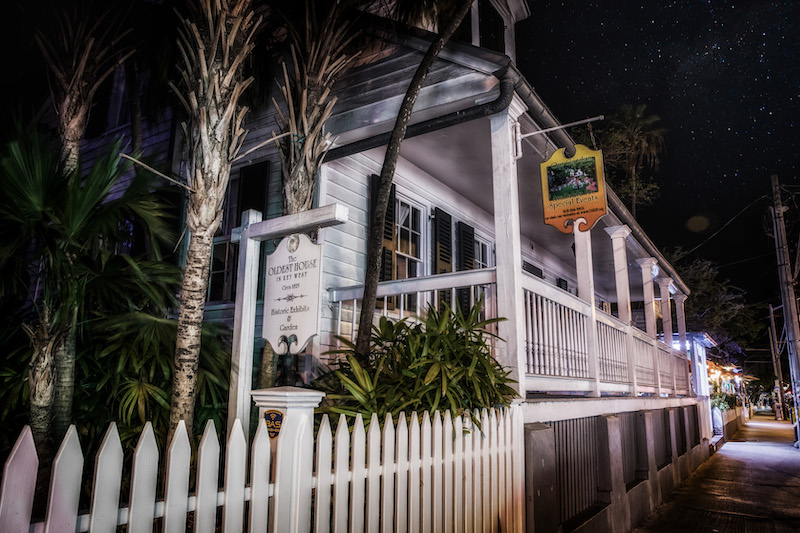 Key West is a fantastic city to visit if you’re a lover of history. It is the southernmost city in the contiguous United States, and the furthest city west on the Florida Keys.

Key West feels as isolated as you can be in a city, surrounded by miles of rushing water. But gators, sharks, and other beasts beware—the scariest thing about life in the Florida Keys isn’t the living. It’s the dead.

If you want to unlock the secrets of Key West’s haunted past, there’s no better place to start than at the beginning. That means paying a visit to the home of old Captain Francis Watlington on 322 Duval Street. Also known as The Oldest House.

This home was originally built on a historic street called Whitehead, which butted right up to the marina. All the homes on Whitehead featured what are called “Widow’s Walks” on the second floor. These are planks of wood surrounded by knee-high fencing, built so that women with sweethearts at sea could walk out and watch for their ships to come into harbor.

There were many broken hearts in Key West’s savage, early years when a brutal, swashbuckling law ruled the streets. There were even more lives lost.

But do you have what it takes to listen to the hair-raising tales?

A long-time caretaker named Charles is the person to have recorded much of the activity we know about today. Beginning many years ago, Charles reported that the same activity would recur every night.

He would hear creaking above the room where he slept like someone was furiously rocking in a rocking chair. He would go upstairs to find the chair blank, and on the way down, he would hear taps at the windows and laughter echoing in from the empty rooms.

The most intense experience reported by Charles was having a full-body apparition walk through the door in period dress. This ghostly visitor ignored Charles’ offer of a tour and proceeded into the dining room as if he owned the place.

Indeed, it’s likely he once did as most believe this was the spirit of The Oldest House’s original owner, Captain Watlington. He has made more than a few appearances at his former stomping grounds.

Psychics have investigated the house to verify its haunting. One claimed to be grabbed by invisible hands and shoved as if they were an unwanted presence inside. Another identified a figure in a painting hanging in the foyer, that of Emeline Watlington, claiming she was the most present spirit in the home.

That would explain visitor reports of a nightgown rushing down the stairs with no one inside it.

Key West is a beautiful getaway, whether you love soaking in the sun, surfing the waves, or chasing down 400-year-old demons in tiny seafarers’ shacks. With US Ghost Adventures, you’ll get the best of what haunted Key West has to offer. Book a tour for the spooky side of Florida. 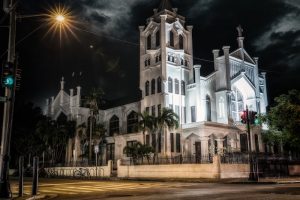 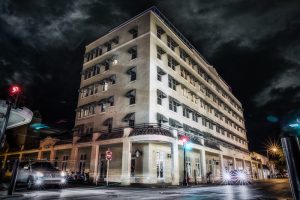