Revolution, oil, and NASA’s race for the stars were the seeds for Houston’s ambition and greed. Uncover the rotten core that doomed the ghosts of its past to an eternity of torment on earth.

Wilder than a Texas rodeo show, a tour with Houston Ghosts will bring you face to face with stories of grisly ghost sightings and accounts of real-life apparitions that will send shockwaves of adrenaline running through your veins.

Location
Ghost tours meet at Market Square Park at 301 Milam St., Houston, TX
Duration
Tours are 1-hour across a 1-mile walking distance. Ask about the bonus extended tour to extra haunted locations!
When
Tours are held nightly at 8pm
Admission
Simply bring your ID. You do not need to bring a printed ticket or pass
Parking
There is parking across from all four corners of the park just a 3 min. walk to the meeting location. 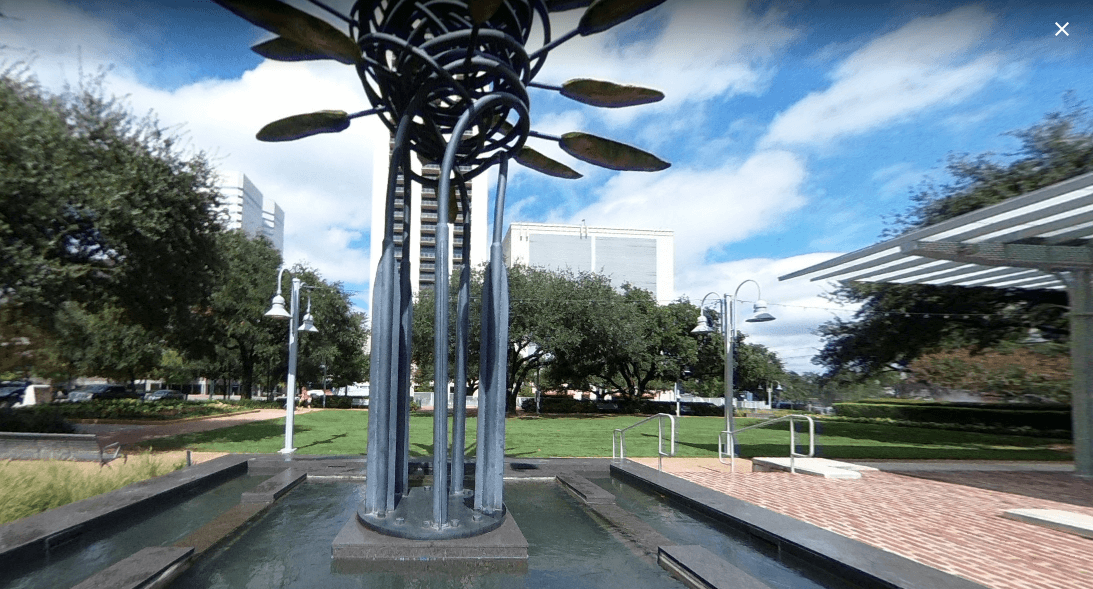 Haunting and very educated leader. Tria was a fantastic guide. She knew the history and the spooky t... read more
05 Jan 2023
By: helenabW21IR

Houston’s status as a southern port city may be a boon for industry, but its tragic history and location transformed it into one of the most haunted places in America, ranking right alongside New Orleans, Charleston, Savannah, and St. Augustine.  Reveal the truth of why Space City’s accursed past turned Texas into the most haunted state in the South.

Local Texans and visiting tourists both love to spend scorching days cooling down with a cold one at a local rodeo or watching a spacecraft launch. Houston at night under the stars is a different story altogether when many discover the horrifying details behind the unnerving reports of hauntings that actually occur in Houston’s many haunted buildings. A dark history packed with gruesome deaths and gut-wrenching stories will leave your teeth chattering on a Houston Ghosts haunted tour.

Founded in 1837, the Texas Capital has a rich history highlighted by shipbuilding, oil, space exploration, art, and diversity — but for every accomplishment, the progressive destination has experienced its fair share of unbelievable trauma. In 1867, a gruesome Yellow Fever epidemic swept through Texas, killing nearly 500 out of 6,000 Houston residents. The 1900 Galveston Hurricane left an estimated 8,000 Texans dead, making it the deadliest natural disaster in U.S. history.  Brutality, hate crimes, and grisly murders marred the later half of the 20th century.

Led by expert local guides, you will discover more than a handful of the most haunted locations hiding in plain sight in downtown Houston.  Experience the same bar where Texas Revolutionary war hero Sam Houston enjoyed a few beers. Feel the eerie presence of the lurking spirits of Craft Beer Cellar. Be prepared to feel the hairs on your neck raise as the ghosts on this tour are not always shy with their visitors.

Any historian worth their salt knows Texas as a state deeply rooted in battle, victory, pride, but what they don’t see buried under the dust of triumph is the tragedy, death, and heartbreak of its past. Ghosts of political figures, professionals, and passion-driven folk fill the city of Houston with both their friendly, and not-so friendly presence. Take a walk down the same sinister roads as former presidents, celebrities, and politicians to uncover a horrifying history brimming with love, rage, and devastation.

Bring to light unheard stories from the Great Depression where overwhelmed workers at Union National Bank committed suicide from declining business. Though this building now functions as a hotel, you may still hear the thumping noises of bodies falling to their demise. If you decide to stay the night, don’t be surprised if uninvited spirits abruptly awaken you from your slumber. The crimson-stained history that haunts this city will surely have you sleeping with one eye open.

The Land of the Living and the Dead

Houston remains a remarkable and attractive city for modern-day urbanites and spirits alike. However, it’s not the incredible cuisine and Southern hospitality that keeps these ghosts dwelling among the fourth most-populated city in the U.S. These territorial ghosts hold true to their Texas pride, before and after the state became annexed.

The Spaghetti Warehouse is one stop on the tour that has been named one of the most haunted places in America after a young pharmacist fell to his death from an open elevator shaft. The paranormal activity here is so intense that some employees have looked for work in a less haunted restaurant. You will have a hard time sleeping after hearing witness accounts of hauntings from these buildings.

Join us for an unnerving encounter unlike any other as we visit some of Houston’s oldest and most haunted buildings around the historic Market Square Park. You’ll hear of heartbreaking love stories, murderous stories, and even ghosts that seem to mean well…for the most part. Each stop on this meticulously researched tour has eye witness accounts of abnormal activity and a rich history behind every building.

This equally entertaining and terrifying tour highlights deeply-researched, shocking hauntings that will shine a light to a city with a dark history. From haunted hotels to bars and restaurants, you may find that the hospitality that was once here has been replaced by cold shivers and unexplainable whispers. Whether you are a local Houston cowboy, or it’s your first rodeo, this ghost tour makes for the perfect evening to encounter a disquieting history unlike anything you’ve heard about before!

Preview The Most Haunted Locations In Houston 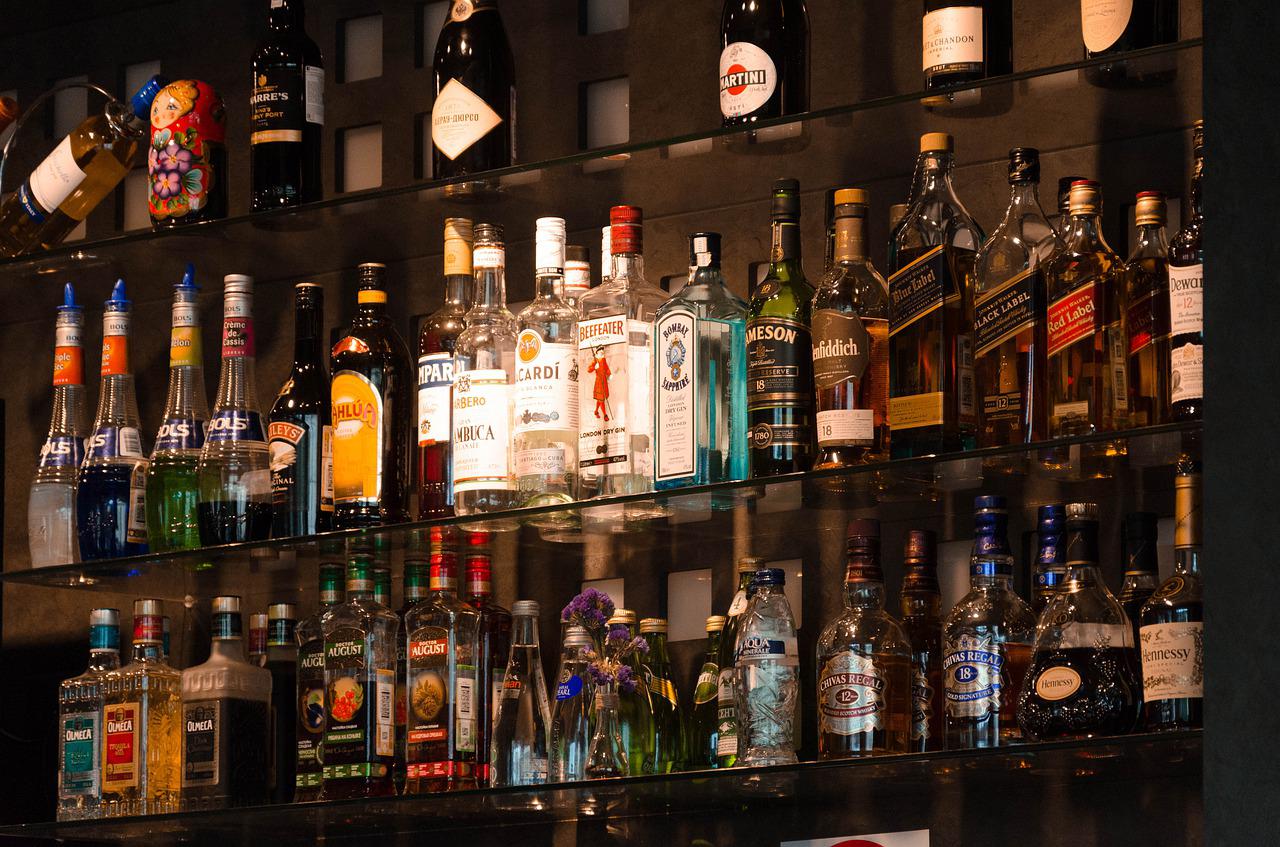 This oldest commercial building in downtown Houston not only makes for a spooky bar, but is incredibly haunted. Bartenders have reported bottles and wine glasses being thrown off the shelves, and a child playing ball upstairs. The former manager has even been seen in the window after his passing. 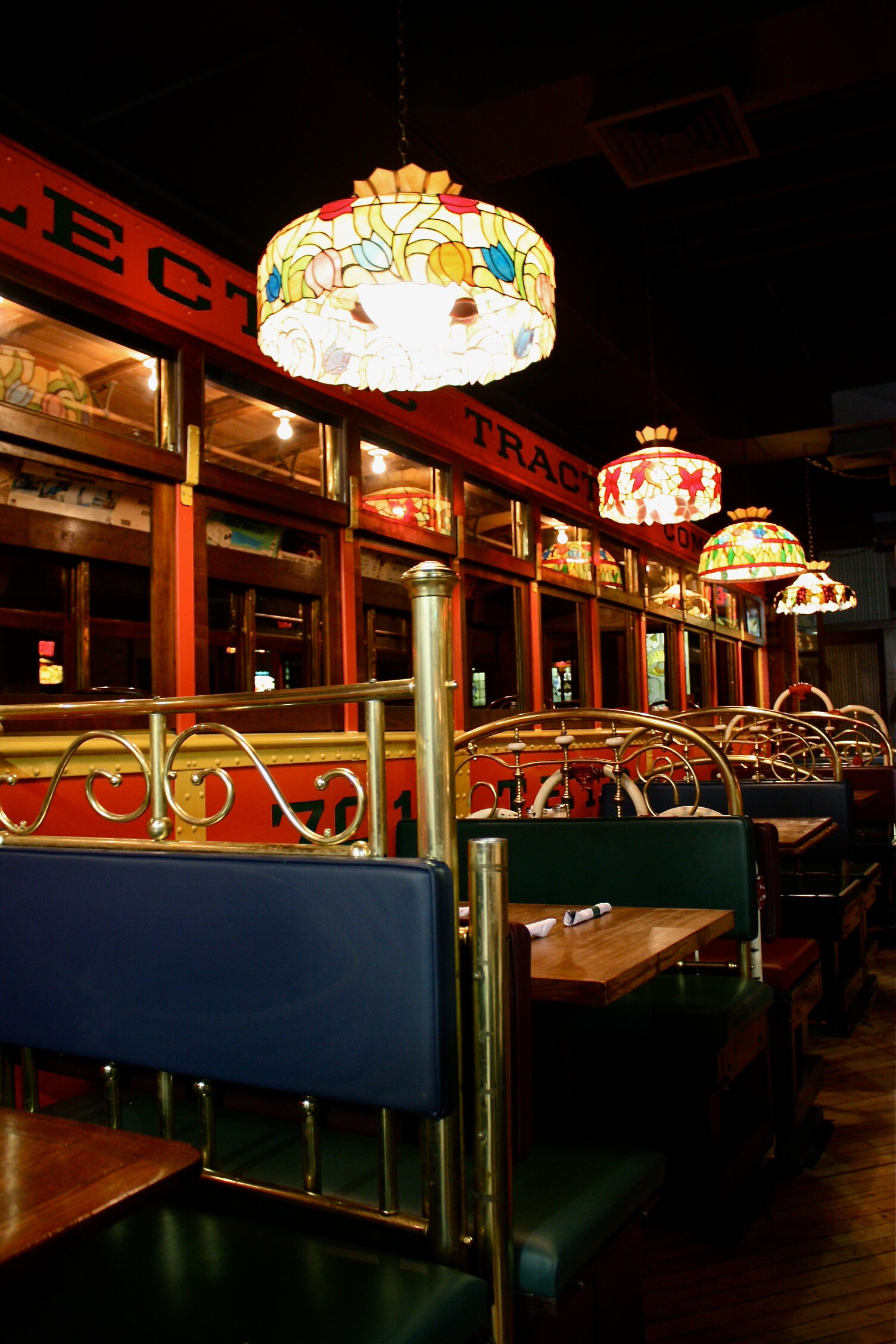 This unbelievably haunted restaurant is famous for its highly paranormal activity. When a young employee had fallen to his death down an elevator shaft, his heartbroken wife died soon after. Their spirits remain to leave dishes in a disarray, rearrange furniture, and play around with spooking the guests. 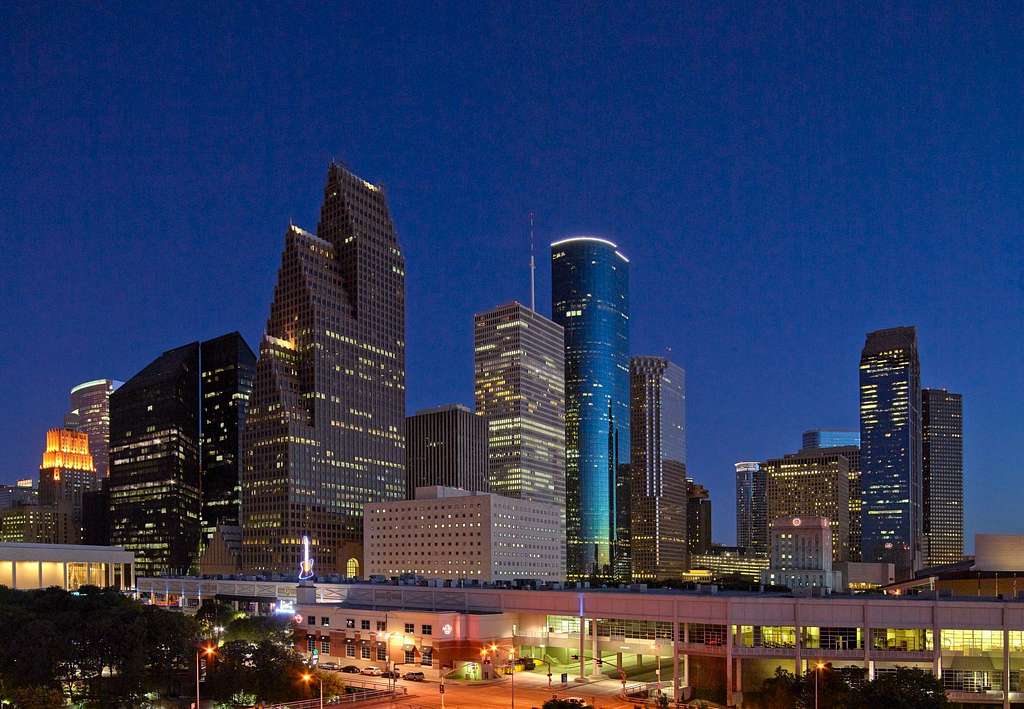 This former bank brought extensive distraught to workers in 1929 during the Great Depression. Because of declining business, many workers committed suicide. Accounts of hauntings have been shared of shadows of men in their room at night, gruesome noises of bodies falling, and even gunshots.

6 Reasons to Book Your Tour Today:

You want a real adventure in the South

Our Tours are nothing short of terror, excitement, and fun. In a hustling city like Houston, there is no better evening adventure to heighten your senses and have a good time with friends. Walking among the dimly lit pavement, you will encounter truths you thought were only possible in your wildest nightmares.

You want to beat the heat

If Houston is one thing consistently – it’s hot. The daytime sun can be draining and keep you locked up inside if the weather is that extreme. By the evening, you’ll be itching to get out and have some fun. Our hour-long walking tour is the perfect activity to move around outside of peak sun hours. Plus, the stories you’ll hear on this tour are guaranteed to have you running back to your air-conditioned hotel, even after they send chills down your spine.

What better date is there than one that scares your significant other right into your arms? This engaging tour makes the perfect date night for the couple that loves adventure, excitement, and a little bit of fear. It’s for the two wanting to switch it up from their typical Netflix and Chill. Instead, walk and be chilled by ghosts of Houston’s past and hauntings in the present!

Whether you believe in ghosts or not, you’ve ended up here. And whether your friend sent you this link or you searched it on your own, there’s a little spark inside you that is ready for a paranormal adventure. Come experience the supernatural stories and see for yourself why Texans who live in Houston know it’s brimming with being from the land of the dead.

Our tours are deeply researched and chalked full of historical events that occurred here in Houston over the past hundreds of years. Though the world-famous Houston museums close down before sunset, the truth behind Houston’s dark past is only uncovered under the flickering light of the street lamps that pave our way through the city’s oldest and most historical buildings, that also happen to be creepier than a cemetery at midnight.

You want to walk off all the Tex-Mex –

Houston’s culinary scene is impressive, there’s no denying. But after you ingest all the fajitas and nachos, you’ll be due for some movement! Our walking tour is the perfect evening activity to keep the fun going with your friends. But we must warn you – these true horror stories are not for the faint of heart, so maybe make sure your food is digested before needing to stomach the gruesome deaths you’ll hear about on this tour! 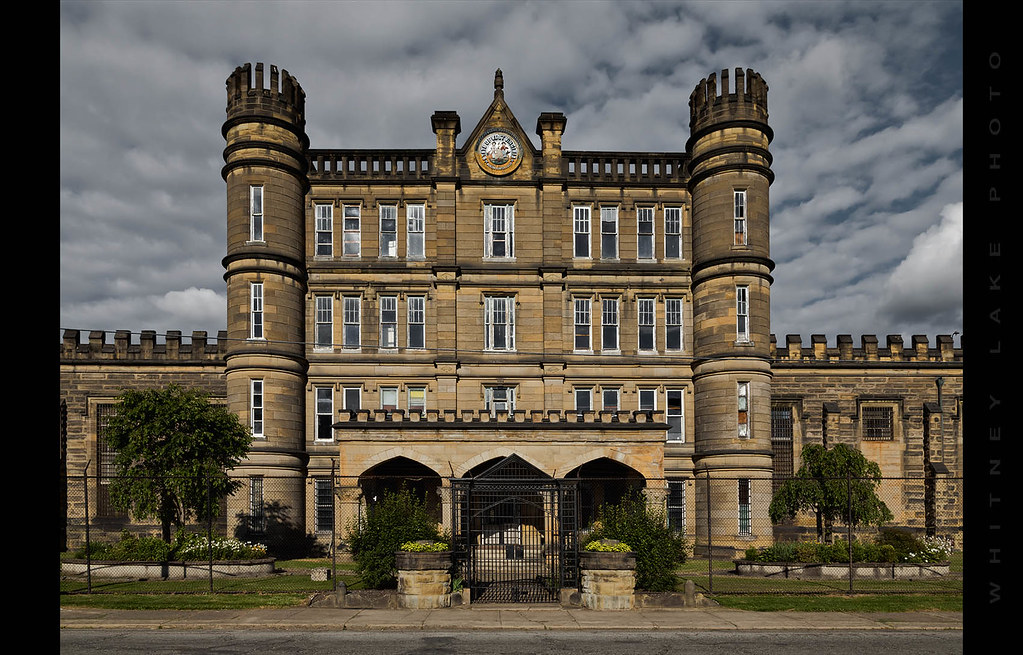 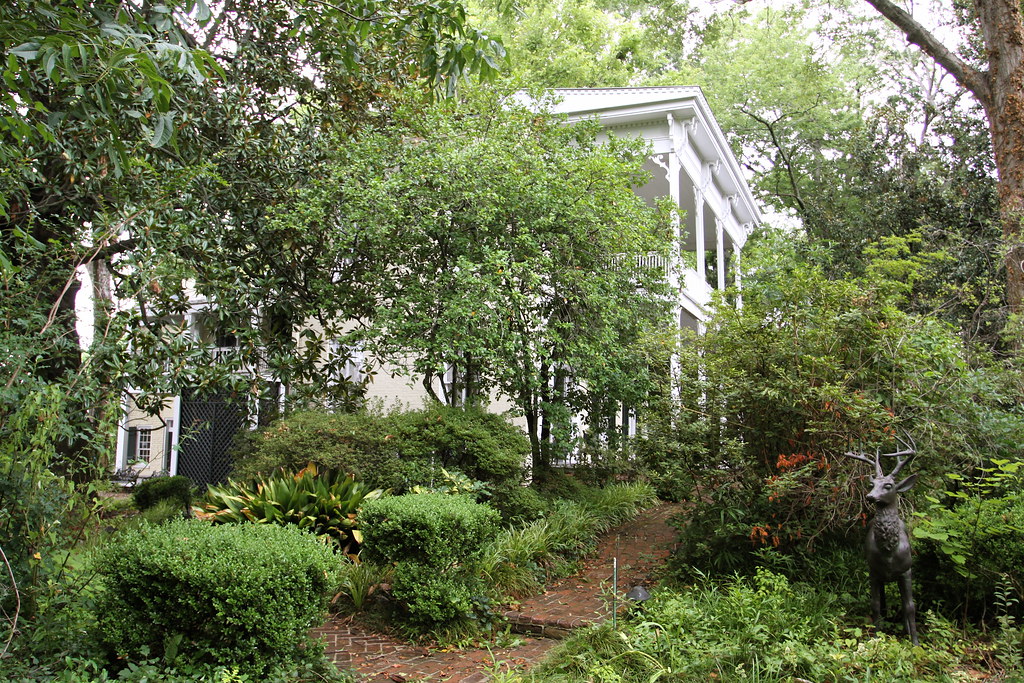 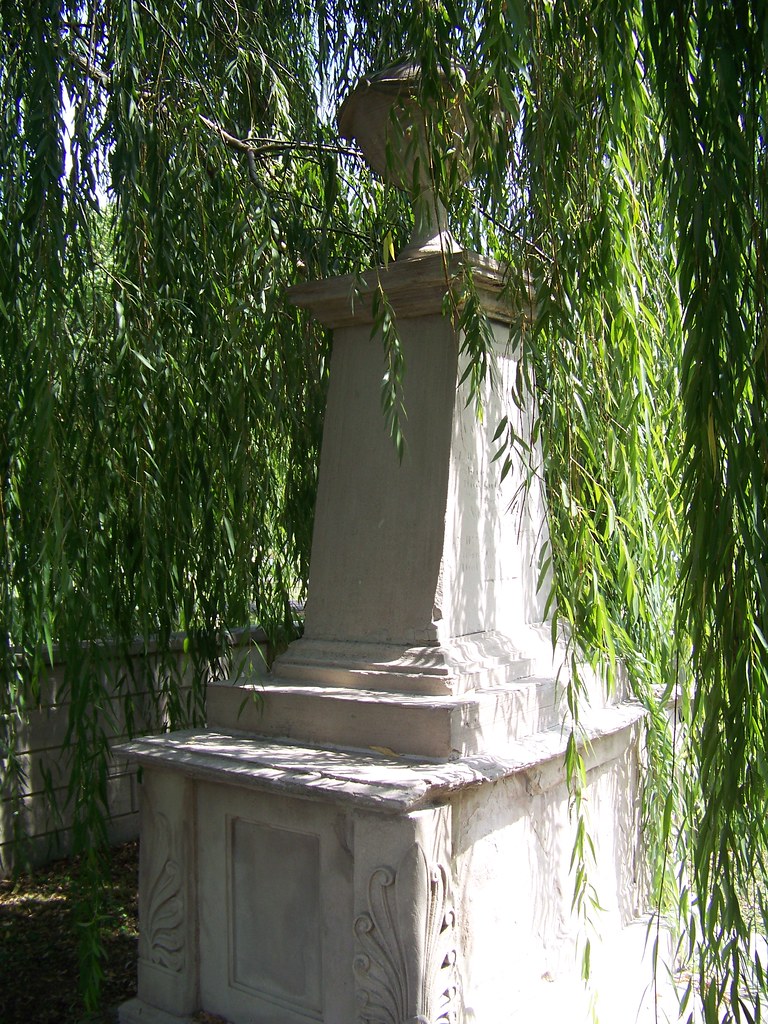