Find out what makes the Atlas Insurance building one of Honolulu, Hawaii’s most haunted sites. US Ghost Adventures will take you on the tour of your life. 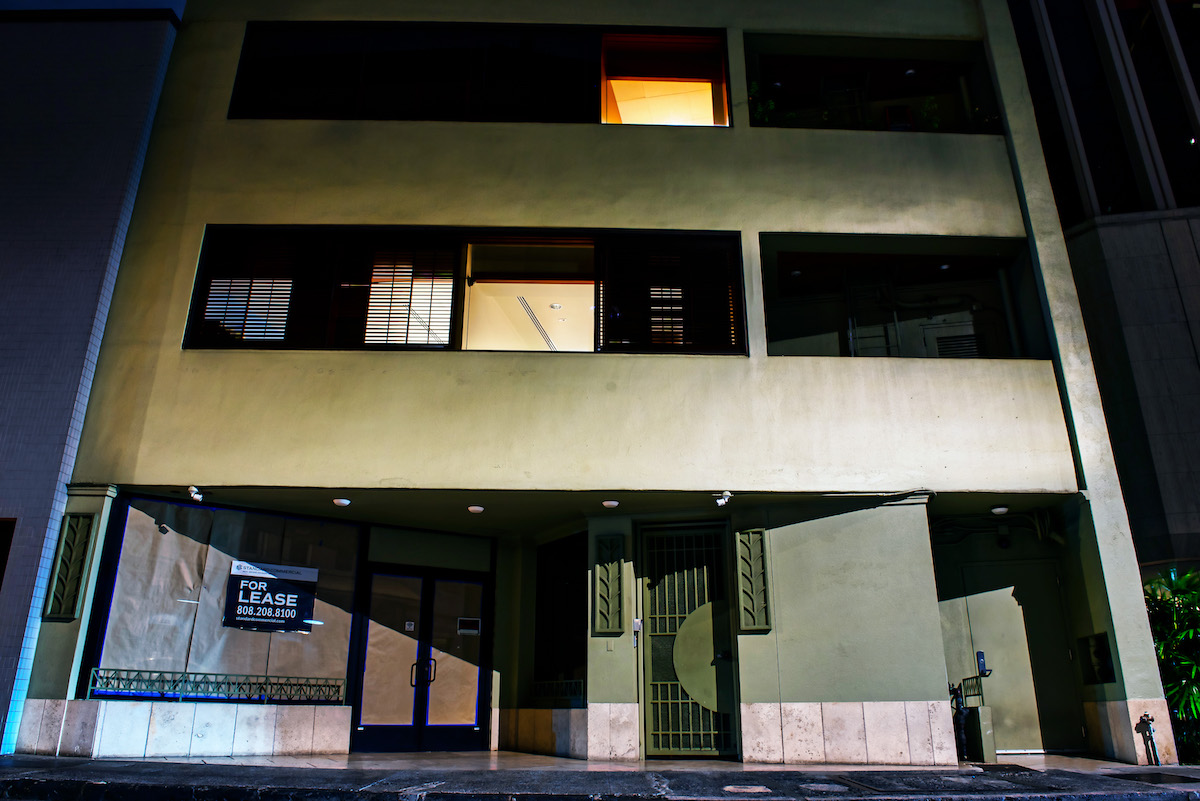 Haunted houses come in all shapes and sizes. It’s not always going to be a creaky, 2.5 story wood house with a wide porch, broken windows, and a dreadful weeping willow tree obscuring the entrance at the end of the lane. Sometimes, it’s a plain old insurance building.

Don’t let its unremarkable exterior fool you. The Atlas Insurance building on Merchant Street in downtown Honolulu is one of the most haunted places on the entire island. Indeed, it’s one of the darkest places, feared by mediums across the entire Pacific.

The secret behind this modest, easily missed, two-story white office building’s horrendous haunting lurks in the history of the neighborhood.

The Atlas Insurance building on 201 Merchant Street is smack dab in the center of old downtown Honolulu. Merchant Street was Honolulu’s first commercial core, and it remains a bustling center for commerce and trade today.

The history of Merchant Street goes back to 1854 when buildings higher than two stories were constructed by men without helmets, without the aid of cranes and pulley elevators. The builders shimmied along rickety scaffolding, nailing boards into place and laying brick.

Many accidental deaths cropped up around buildings like Melchers, a retail firm and the oldest commercial building in Honolulu, and the Kamehameha Post Office, the Kingdom of Hawaii’s first postal center. Men fell from buildings or were pushed. After all, wherever economic booms crop up, jealousy, bad deals, rivalries, and murders by greed follow.

Add on top of that the Chinatown fire of 1886, which destroyed many historic buildings in the Merchant District. Residents in the dwellings where the original Seamen’s Bethel building stood have reported sudden hot flashes and feelings of suffocation. It’s the victims of the Chinatown fire crying out for the living to remember their deaths were not vain.

Before the current building’s construction, the site was a residential property. Residents of that building complained of agitated, otherworldly activity constantly tormenting them. A restless spirit was said to haunt the area, taking a particular liking to a room called Karaoke Room 2.

Today, workers at the Atlas building have reported experiences that sound like they come right out of a Stephen King book. Visitors to the building complained of an anxious, uneasy feeling in the women’s restroom. When you wash your hands, you might spot a ghost who haunts the grounds standing behind you in the mirror.

Those who have worked at Atlas claim that the ghost isn’t unfriendly. Indeed, she barely seems like she knows you’re there. She’s simply one more wayward relic of Hawaii’s forgotten past, looking to find her way back home.

Join US Ghost Adventures’ haunted Honolulu tour while on a Hawaiian vacation. Join us to get your blood pumping from seeing spirits from beyond, and then soothe your jumping nerves with a seaside daiquiri. Stress up, stress down—it’ll keep you young. Screaming in terror, they say, keeps the wrinkles away. 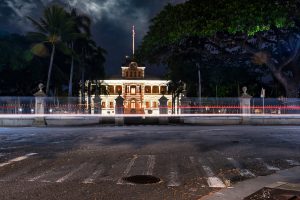 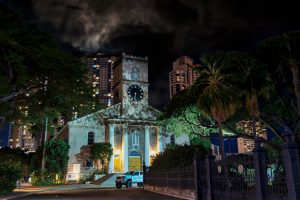