The Haunting Death of Marilyn Monroe 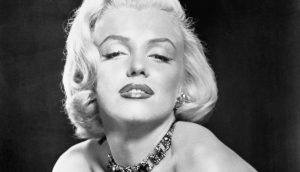 Marilyn Monroe is a household name — one of Hollywood’s most prominent symbols of beauty and femininity. She appeared in many roles during her time as an actress in old Hollywood, carving a path for herself and creating the image that we have come to remember today — a vivacious, bubbly blonde bombshell who had it all.

But, there was a darker side to Marilyn’s success, and like many Hollywood stars, Marilyn suffered from problems that never made it out into the shining spotlight.

For several years heading into the early 1960s, Marilyn had been dependent on barbiturates, amphetamines, and alcohol. She suffered from a few mental health issues that included anxiety, depression, low self-esteem, and chronic insomnia. She had acquired a reputation for being difficult to work with and she was regularly late to film sets and had problems remembering her lines while filming.

By 1960, these issues started to adversely affect her growing career. For example, she was the preferred choice to play Holly Golightly in the film adaptation of Breakfast at Tiffany’s but Paramount Pictures declined to hire her because they thought she would just complicate the production of the film.

Monroe did complete two films during the 1960s, Let’s Make Love and The Misfits, both of which were box office failures. During the filming of The Misfits she had to spend an entire week detoxing in a hospital, her third marriage to author Arthur Miller also ended in divorce in January of 1961.

Instead of working, Marilyn spent the better half of 1961 dealing with health issues. She underwent a couple of surgeries and spent four weeks in hospital care, including a brief time in a mental ward for her depressive episodes.

Later in 1961, she moved to Los Angeles after six years in Manhattan where she purchased a Spanish-hacienda-style home at 12305 Helena Drive in Brentwood. This would be the home where her housekeeper would find her dead.

The Death of a Star

Monroe spent the final day of her life at her home on Saturday, August 4th. In the morning, she met with photographer Lawrence Schiller to discuss the possibility of Playboy publishing nude photos of her. She also received a massage from her personal massage therapist, talked with friends on the phone, and signed for multiple deliveries — a day in the life.

At 4:30 that same day, Marilyn’s psychiatrist Ralph Greenson arrived at the Helena Drive home to conduct a therapy session. Before he left that night around 7, he asked Monroe’s housekeeper Eunice Murray to stay the night in order to keep Monroe company.

Monroe retired to her bedroom around 8 where she received a phone call from actor Peter Lawford, who begged her to attend his party that night. Lawford was alarmed by the call because he stated that Marilyn sounded like she was under the influence of drugs. She told him:

She then drifted off. Unable to reach her, Lawford called his agent who unsuccessfully tried to reach Monroe’s psychiatrist. He later called Monroe’s lawyer, who called the Helena Drive home and was assured by Eunice Murray that Marilyn was just fine.

Around 3:30 in the morning on Sunday, August 5th, Murray woke up with the sense that something was very wrong. She saw light coming from under Monroe’s door but was unable to get a response. Murray called Greenson, who advised her to peek in through a window and see if anything looked strange — she did, and was horrified to see Monroe lying face down on the bed, covered by a sheet with a telephone receiver clutched in her hand.

Greenson rushed to her home and broke a window to enter the room. He found the actress dead, and called her physician, who arrived at 3:50, and officially confirmed the death. At 4:25, they notified the Los Angeles Police Department.

Monroe’s autopsy was performed that same day, and it was found she had passed from barbiturate poisoning (Nembutal) — police also found empty bottles of medication next to her bed. The findings of the autopsy were published on August 17th, in which Chief Coroner Theodore Curphey classified her death as a ‘probable suicide.’

The possibility of an accidental overdose was ruled out because the dosages found in her body were several times over the lethal limit and had been taken in ‘one gulp or a few gulps over a minute or so.’

In the final report, it was stated that:

‘Miss Monroe had suffered from psychiatric disturbance for a long time. She experienced severe fears and frequent depression. Mood changes were abrupt and unpredictable. Among symptoms of disorganization, sleep disturbance was prominent, for which she had been taking sedative drugs for many years. She was thus familiar with and experienced in the use of sedative drugs and well aware of their dangers … In our investigation we have learned that Miss Monroe had often expressed wishes to give up, to withdraw, and even to die. On more than one occasion in the past, she had made a suicide attempt, using sedative drugs. On these occasions, she had called for help and had been rescued. It is our opinion that the same pattern was repeated on the evening of Aug. 4 except for the rescue.’

The Rise of Conspiracy Theories

In the 1970s, claims began to surface that Monroe’s death was a murder. Due to these claims, L.A. County District Attorney Jon Van de Kamp assigned Ronald Carroll to conduct a 1982 ‘threshold investigation’ to see whether or not a criminal investigation should be opened.

No credible evidence was found after three months of investigating.

In 1983, Coroner Noguchi published his memoirs and discussed Monroe’s case and the allegations of discrepancies in the autopsy. These included the claims that Monroe could not have ingested the pills because her stomach was empty; that Nembutal capsules should have left yellow residue; that she may have been administered an enem, and that the autopsy noted no needle marks despite the fact that she routinely received injections from her doctors.

Noguchi explained that hemorrhaging of the stomach lining indicated that the medication had been administered orally and that because Monroe had been an addict for several years, the pills would have been absorbed more rapidly than in the case of non-addicts. He also denied that Nembutal leaves dye residue. He noted that only very recent needle marks are visible on a body and that the only bruise he noted on Monroe’s body, on her lower back, was superficial and its placement indicated that it was accidental, and not linked to foul play. Noguchi finally concluded that based on his observations, the most probable conclusion is that Monroe committed suicide.

Monroe’s death was front-page news in the United States and Europe, and the suicide rate in Los Angeles doubled months after Marilyn’s death. One film director even stated that Marilyn was one of the most unappreciated people in the world.

Some of the conspiracy theories surrounding Marilyn’s death were as follows:

Countless other theories float about online, but regardless of which hold any weight, Monroe’s passing was untimely and tragic.

There was a plaque outside of Monroe’s home with the Latin phrase ‘Cursum Perficio,’ which means ‘my journey ends here.’

Indeed it did, and to this day, Monroe’s death remains shrouded in mystery and unanswered questions. It’s said that her restless ghost haunts the Brentwood home these days, wandering her gardens and whispering into the ears of those who listen.

A Monroe lookalike named Jasmine Chiswell lives in the former home of Marilyn Monroe. She explained that weird things happen inside the home that she cannot explain. Visitors to the home feel like they’re being hugged, others hear voices and footsteps at night.