Why Fans Think The Poltergeist Movies Are Cursed 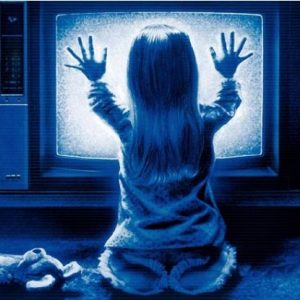 There’s no shortage of iconic slasher and horror films from the 1970s and 1980s that have launched long-running franchises, think Halloween and Nightmare on Elm Street — there’s something about the ch-ch-ch-, ah-ah-ah that really ropes fans in and keeps them around for generations. Poltergeist is one of them — and because of its cult following, many of those fans believe that the Poltergeist movies are cursed.

A reboot of the 1982 classic Poltergeist came out in 2015 and while no horrific accidents happened on the set of the movie, there are a handful of rumors that a curse exists on the film’s original trilogy’s cast.

The movie revolves around a family living in the suburbs that moves into a new home and begins to notice strange happenings involving their 5-year-old daughter. Turns out, menacing spirits are haunting the home, and while their interactions are harmless, albeit scary, at first, their true evil is soon revealed when the little girl goes missing and her parents are forced to call in an exorcist.

So, why do folks think the franchise has a real haunting connected to it? What are the reasons? Read on to find out and draw your own conclusion!

One of the most famous and memorable scenes from the movie shows JoBeth Williams’ character, Diane, falling into the family’s pool filled with skeletons. What viewers, and cast members, didn’t know, is that the skeletons were real. Williams said that she didn’t know the skeletons were real and assumed they were fake. However, they weren’t props made from rubber or plastic — they were real skeletons because it was far too expensive to make fake ones out of man-made materials.

Months After Release, A Star Was Murdered

Poltergeist was released in June of 1982, and in November of that year, 22-year-old Dominique Dunn, who played Dana, the oldest daughter, was tragically murdered in her own driveway by her abusive ex-boyfriend.

A Real Exorcism Was Performed on the Set of the Sequel

One of the movie’s stars was concerned with the use of the skeletons and decided to perform an exorcism on the film set in 1984. The next day, the cast supposedly felt relieved, for some reason.

Two Cast Members Died Within a Few Years of the Sequel

Julian Beck, who starred as Kane in ‘Poltergeist II: The Other Side,’ died of stomach cancer in 1985. In June 1987, the actor that performed the exorcism died of postoperative kidney failure. While their deaths don’t seem unusual, some fans think that they’re connected to the curse.

While both aforementioned actors had existing health issues, Poltergeist‘s iconic young star Heather O’Rourke, Carol Ann, was incredibly young when she died of cardiac arrest and septic shock caused by a misdiagnosed intestinal issue. She died in 1988 at just 12 years old — just several months before the release of the third movie.

Lou Perryman played a smaller role in the film, Pugsley, but he was murdered in his home by a recently released ex-con wielding an ax.

Perhaps these murders and deaths are just coincidental, and while the movie is awfully terrifying, it’s got nothing to do with the unfortunate happenings to its cast members. What do you think? Could the exorcism performed have contributed to the strange occurrences? Maybe it all started when cast members were in a pool filled with real human skeletons — maybe the spirits of those remains were less than pleased about their bones being used in Hollywood. Cursed film sets are more common than one thinks, and sets like The Exorcist, Rosemary’s Baby, and The Omen are all said to harbor nasty amounts of bad luck. Usually, these ‘curses’ tend to occur on the sets of horror movies, leading one to wonder whether or not playing around with the stories of possessions and ghosts is not such a good idea.