The Sublime Energy of Manchac Swamp The Lochness Monster and BigFoot need to step aside: there’s a new creature roaming the wild. Err…well, actually, turns out she’s been wandering between trees and going swimming in dark waters for quite a while: her name is Julia Brown, also known as Julie White –– the woman had many faces. According to the legends, this Southern priestess haunts the Manchac Swamp, which is located just outside New Orleans. Who is she and what does she want? Respect, for one. Rumor has it this talented woman was disrespected and neglected by her peers. She grew spiteful day by day, and when her time came, she went out with a bang –– taking her entire town with her. There’s much mystery to the story, which only adds to the lore.

Understanding the Magic of the Manchac Swamp

In order to understand who –– or rather, what –– is said to reside at the Manchac Swamp, allows to take a religious detour and give you a crasher on voodoo and, one of its offshoots, hoodoo-ism. 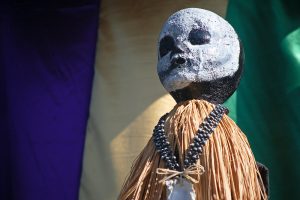 Voodoo refers to a religion that is closely associated with West African slaves who arrived in New Orleans. These slaves blended their religious rituals with those of the city’s Catholic population, creating a deeply mythical and spiritual practice that connects nature, spirits, and ancestors. Voodoo’s belief system posits that there are spirits who can help or complicate one’s life. Practitioners connect to these spirits using dance, singing, writing, and other similar methods. Most importantly, practitioners conduct private rituals as a way of honoring these spiritual forces.

Hoodoo, on the other hand, is a type of folk magic. As an offshoot of voodoo, it emphasizes summoning spirits and ancestors with the goal of improving one’s life. In short, hoodoo is about achieving personal gain and using magic to do so. If done wrong, it can be a very selfish, self-centered practice, which takes us to our protagonist.

The Queen of the Swamp

Located just outside New Orleans, nestled between tall trees and occupied by hungry alligators, the Manchac Swamp is home to one notorious hoodoo practitioner: Julia Brown. According to the stories, Julia lived in what used to be the town of Frenier at the turn of the 20th century. This small settlement was small and picturesque, the kind of place where everyone knows each other generation after generation. Julia was known for sitting on her porch and singing very memorable songs. But –– and this is not a dig at her singing –– the most memorable thing about her was her ability to wield magic. 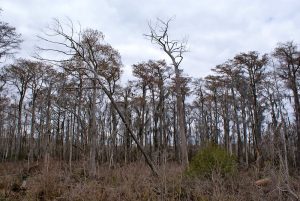 Everyone in Frenier would come to see her but only when they needed something. While Julia was friendly and approachable, the people in the town saw her not as another one of them who also wanted company but strictly as a means of getting what they wanted. They would come to her for help with all kinds of personal problems, and she would use hoodoo to help them –– until one day she had enough. According to the tales that have survived, Julia grew old and resentful and started singing an eerie, foretelling song warning people that she would “take [them] with [her].” Sure enough, shortly after she passed, a massive hurricane wiped out the town of Frenier and everyone who lived there.

Since then, the entire state of Louisiana has been visited by fatal hurricanes –– most famously Katrina, but the list is long. Some speculate that the ghost of Julia keeps sending these violent storms because she is still grieving and feeling hurt. There are also those who say her spirit roams the property and spooks those who catch glimpses of her. 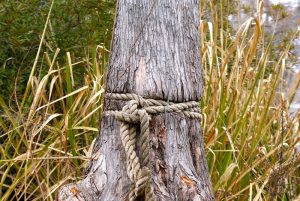 Tree trunk with a rope ominously tied around it. Flickr.

The Manchac Swamp is a cautionary tale about selfishness and greed. It’s also a cautionary tale about what happens when we only use others for personal gain…poor Julia only wanted people to hang out with her on her porch. Vengeful and relentless, she continues to haunt the Swamp and unleash storm after storm, each as devastating as the one that swiped her town all those years ago.