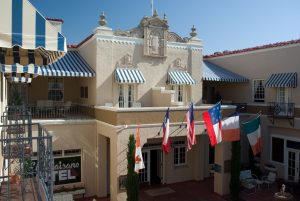 Everything is bigger in Texas. That includes the number of ghost stories inhabiting even the smallest of towns. Right around the curved roads of Big Bend Country, amongst the mountainous terrain that pencils its way out of the flat West Texas brush, sits the little town of Marfa. Most famous for the Marfa Lights, a strange phenomenon of either natural or extraterrestrial origins, the city is otherwise a quiet border town. Laying on the “Last American Frontier,” it oddly enough attracts a fair amount of tourists every year from all over the world. One sight they come to see lies in stark contrast to the dusty desert roads found in West Texas. An art installment, an authentic Prada retail store made famous by both the Simpsons and a Beyonce Instagram post, attracts visitors every year to the high desert town. When they come to visit, they are indeed in need of accommodations. Many end up staying the night at The Hotel Paisano, one of West Texas’s most haunted hotels. What they are not aware of, however, is how many guests are spending the night. Guests that checked in and never checked out.

The Permanent Guests of The Hotel Paisano 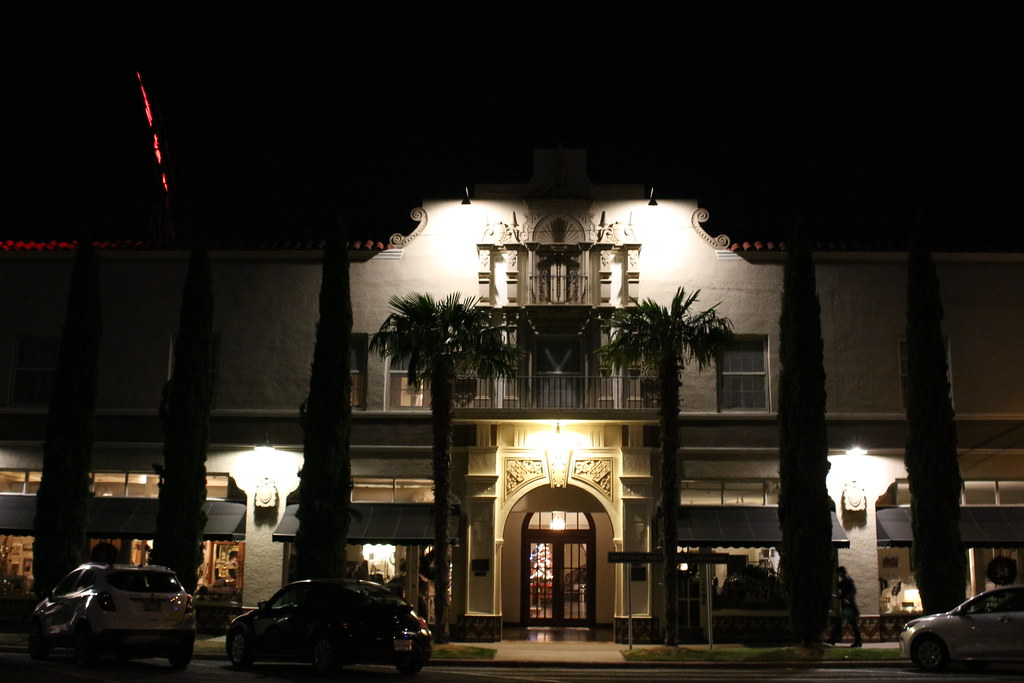 Marfa was founded in 1833 as a water stop for various railings running through Big Bend Country. It was reportedly named after a character in Fyodor Dostoyevsky’s The Brothers Karamazov, a famous novel at the time. Marfa would continue to harbor the same creative energy found in the famous Russian novel, one of strange and fanciful darkness only found in such works. As the population of the small desert town grew, so did the need for jobs. New businesses began to emerge. They were catering to the needs of railroad men, cattle ranchers, and visitors that passed through the area on their way to El Paso.

The Hotel Paisano broke ground only a few days before the stock market plummeted, changing the world’s economy on October 29, 1929. Despite the weight of The Great Depression on the people of Marfa, an economy primarily based on cattle ranching up until this point, the hotel was completed by June 1930. Upon the ribbon being cut, it was proclaimed the “most elegant hotel between El Paso and San Antonio.” The construction of the hotel and the dry desert air that attracted visitors led to a boom in the city’s population. In the 1940s, the Air Force set up a military base and POW camp nearby, which furthered the city’s growth. “The Jewel of the West Texas Desert” was at the height of its popularity, however, when James Dean, Rock Hudson, and Elizabeth Taylor shot the film Giant in 1955. All of them stayed at the Paisano. This would go on to be Dean’s last film. He died at the age of 24 on September 30, 1955m shortly after filming.

The hotel still holds its room in its original condition for guests to stay in. Some say it is his spirit that resides here. The report in Room 206 describes the beheaded body of a lone woman, often screaming in pain and terrorizing hotel staff. The evidence seems to suggest she is waiting for the return of her husband. Perhaps she was a part of one of the many military families that relocated to Marfa. 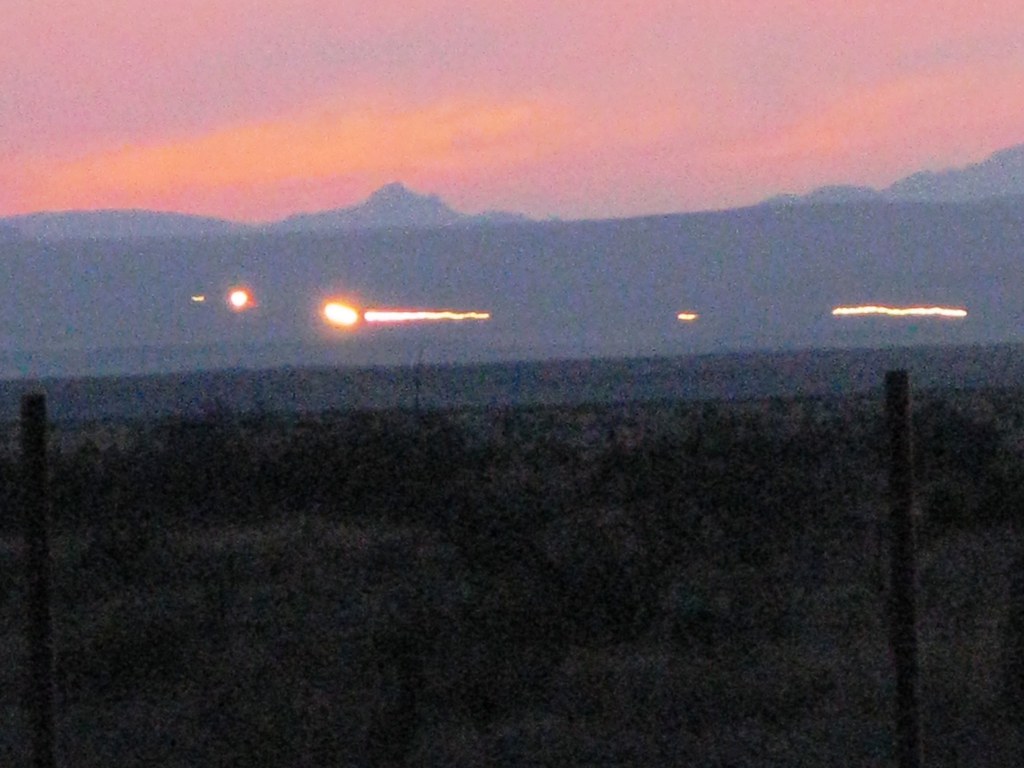 Besides the spirits that reside at the Paisano, the filming of Giant, and the giant structures that are on display today in its honor, the town is most known for its mysterious Marfa Lights. Adjacent to the northern lights, a natural phenomenon caused by solar winds as they hit parts of the atmosphere around the poles, multicolored lights, generally green to purple, is seen streaking across the sky at a particular time of the year. The Marfa lights are similar to the aurora borealis but much closer to the equator. Adding an element of high strangeness to the event. While many scientists have attributed the lights to passing headlights or campfires reflecting off the atmosphere, most visitors believe otherwise. The earliest sighting occurred in 1883 by a cattle herder who thought it to be a Native American campfire. Since then, visitors have come far and wide to witness the strange visual display. Many believe them to be the work of UFOs or spiritual beings in the sky. Whatever the reason, they draw spectators from around the world to the sparsely populated desert area.

Off of the US 90 highway that leads into Marfa sits a testament to the quirkiness of the town and the odd nature of the desert. An authentic Prada retail store solemnly rests on the side of the road. A signature of glamor and beauty in stark contrast to the dreary desert landscape behind it. In 2005 an arts organization known as “Ballroom Marfa” commissioned the piece. Built by the Berlin duo Elmgreen and Dragset, The Prada Marfa installation has become as iconic as the Paisano Hotel neon sign once was. It was featured in The Simpsons episode “Made About The Toy.” The Queen Bee, Beyonce Knowles, also stopped by Marfa; technically, the sign is in Valentine, however, to take pictures with it for her Instagram. 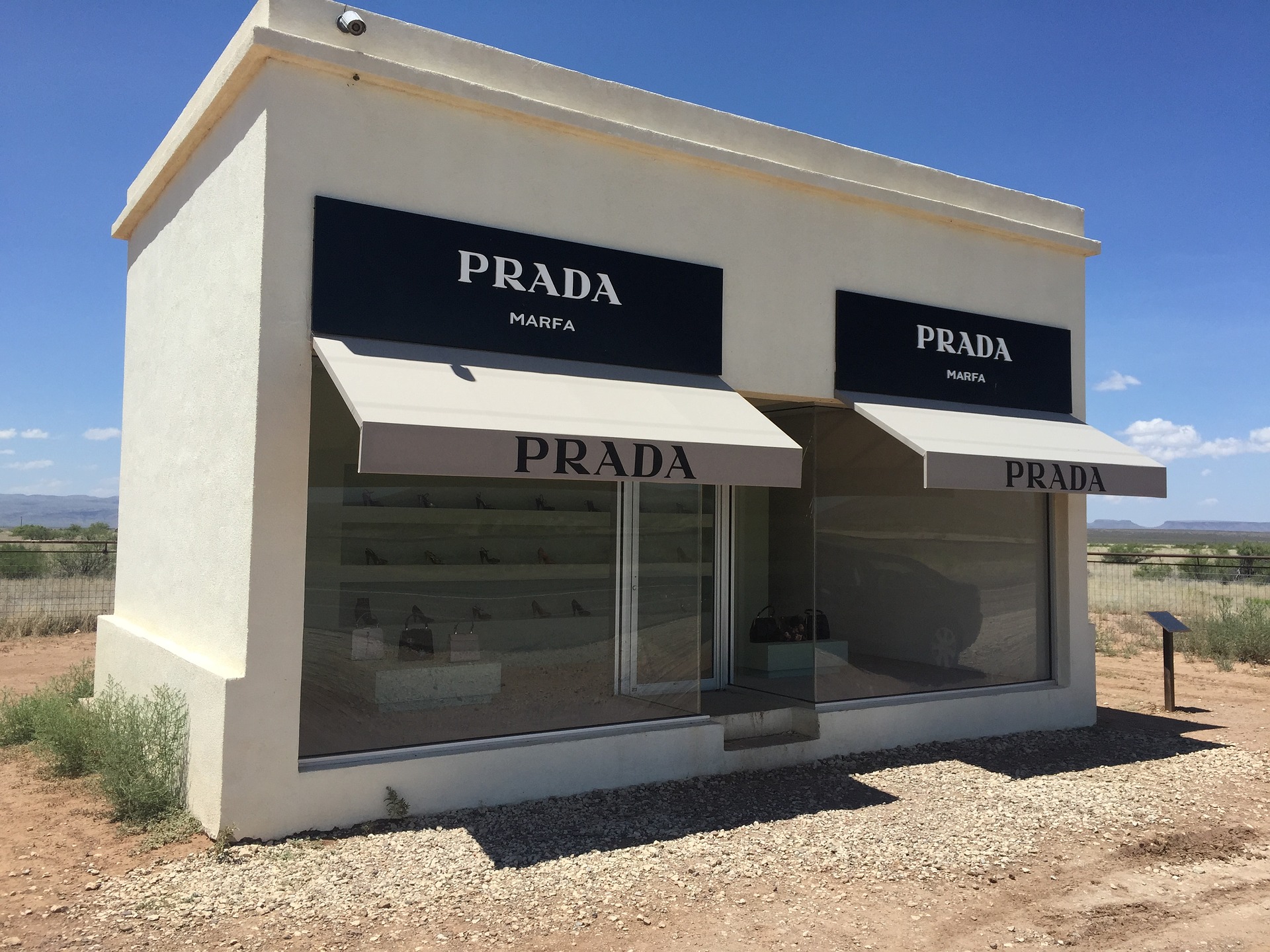 Marfa has a long history of attracting the artistic community. An isolated high desert town, it became the perfect place for odd art folks to gather and truly feel inspired. In 1971 Donald Judd, a minimalist artist and landmark figure in Post World War 2 era art, made Marfa his home. Owning properties in both Marfa and New York, he allowed visitors to enter his living space while enjoying his work as a continual experience. His living space operated as a permanent art installation and still does today. He passed in 1994, but visitors can still visit his household to experience his work.

Between the aliens, haunted hotels, mysterious lights, famous Hollywood deaths, and odd art installments, it is hard to come by another desert town with so much natural character. The desert provides a home for high strangeness, and Marfa Is a prime example. If you are ever out in the Big Bend country of Southwest Texas, be sure to make the journey to the town that is “Tough To Get Too. Tougher To Explain.” While you do so, pop into the Hotel Paisano for a ghastly experience, you may never forget. For other paranormal travel destinations and spooky stories, continue reading our blog.