The Fox Sisters and The Rise of Spiritualism 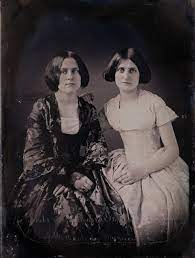 One of the most significant religious movements in history began in the bedroom of the Fox sisters, two young girls living in a farmhouse in Hydesville, New York. This was in March of 1848 when two sisters, Maggie, and Kate Fox, along with a neighbor, were eager to share in the experience of an odd and frightening phenomenon.

Every evening as they lay down to bed, they said they heard a series of knocks on the furniture and the walls. The neighbor, skeptical of the Fox sisters’ strange claims, came to see for herself that evening, joining the girls in a small chamber they shared with their parents. As Maggie, 14, and Kate, 11, huddled together on the bed, their mom, Margaret, would begin the demonstration.

‘Now count five,’ she would say. And the room would shake with five heavy thuds. ‘Count fifteen,’ she commanded – and it would.

Oh, the spirits were talking — and the Fox sisters were listening.

History of the Fox Sisters

The Fox Sisters were three sisters from Rochester who played an essential role in the creation of Spiritualism. Leah, Maggie, and Kate. The two younger sisters used ‘rappings’ to convince their older sister that they were communicating with spirits. Their older sister then took charge of them and managed their ‘career’ for some time. They all enjoyed their success as mediums for many years.

In 1848, the two younger Fox sisters lived in Hydesville with their parents. The home had some reputation for being haunted — but it wasn’t until late March that the family began to be frightened by unexplained sounds that sounded like knocking and moving furniture.

In 1888, Maggie told of the origin of the home’s mysterious noises:

‘When we went to bed at night we used to tie an apple to a string and move the string up and down, causing the apple to bump on the floor, or we would drop the apple on the floor, making a strange noise every time it would rebound. Mother listened to this for a time. She would not understand it and did not suspect us as being capable of a trick because we were so young.’

On the night of March 31st, Kate challenged the ‘spirit’ responsible for the noise. She asked it to repeat the snaps of her fingers — it did. She then asked it to rap out the girls’ ages — it did. Over the next few days, a code was developed where the knocks could signify yes or no in response to questions or letters of the alphabet.

The girls began to address the spirit as ‘Mr. Splitfoot,’ which was a nickname for the devil. Later, the ‘spirit’ started to create sounds that claimed he was the spirit of a peddler named Charles. B. Rosna, who had been murdered five years prior and buried in the home’s cellar.

Maggie Fox, in her later years, noted that:

‘The neighbors were convinced that someone had been murdered in the house. They asked the spirits through us about it and we would rap one for the spirit answer ‘yes,’ not three as we did afterward. The murder they concluded must have been committed in the house. They went over the whole surrounding country trying to get the names of people who had formerly lived in the house. Finally, they found a man by the name of Bell, and they said that this poor innocent man had committed a murder in the house and that the noises had come from the spirit of the murdered person. Poor Bell was shunned and looked upon by the whole community as a murderer.‘

Their ‘communications’ with the dead stirred up so much excitement that Amy and Isaac Post, a radical Quaker couple, invited the girls into their home in Rochester. They wanted to spread the word to their Quaker friends, who became the earliest core of Spiritualists.

On November 14th of 1849, the Fox sisters demonstrated their rapping at the Corinthian Hall in Rochester. This was the very first demonstration of Spiritualism held before a paying audience and started a chain of public events featuring mediums and spiritualists in the United States.

The Fox sisters became famous for their public seances in New York in 1860 and attracted the likes of many notable folks, like William Lloyd Garrison and William Cullen Bryant.

Kate and Maggie became well-known mediums, giving seances to hundreds of people. Many of these early seances were exceptionally frivolous, where people were asking about love affairs and railway stocks.

Many folks claimed that cracking joints explained the rappings. The physician, E.P. Longworthy, investigated the sisters, during which he noted how the rappings always came from under their feet or when their dresses were in contact with the table. He claimed that the sisters had been producing the noises themselves.

John W. Hurn, who published articles in the New York Tribune, also claimed that the seances were fraudulent. The Reverend John D. Austin also concluded that the noises could be made by cracking toe joints. 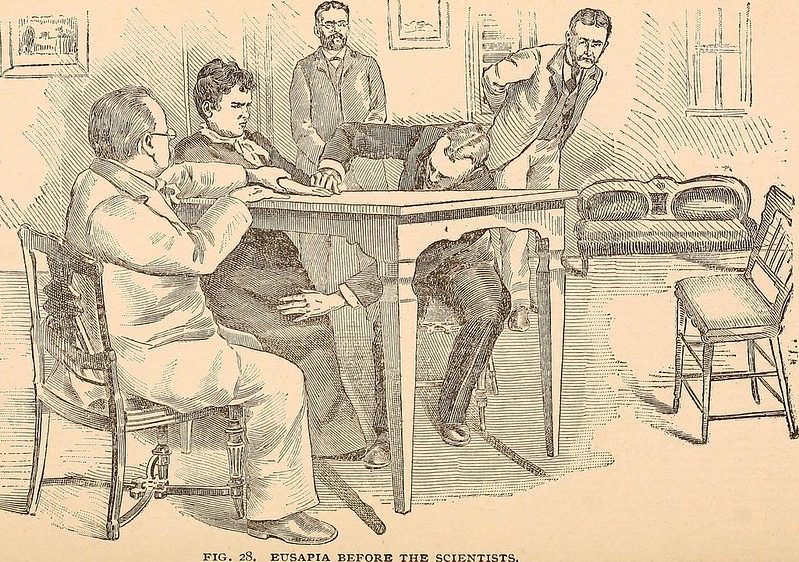 In 1851, another Revered wrote in the New York Tribune that the cracking joints were so loud that they could be heard in a large hall. In that same year, three investigators found out that the rappings did not occur when the sisters were sat on a couch with cushions under their feet.

Alas, the Fox sisters were found out. So, what about the claims of the peddler buried at the home?

In 1904, remains were found in the cellar when a false wall fell down. The Boston Journal published a story about the discovery, claiming that it was the body of the supposed peddler, on November 22nd, 1904. However, the police at the time didn’t open an investigation, as a physician who examined the bones found that they consisted of random bits of bones, including chicken bones. They concluded they had been placed there as a practical joke. A few years later, a “peddler tin box” was claimed to have been found in the cellar along with the remains, although there is no mention of the box in earlier accounts of the finding.

In 1851, Mrs. Norman Culver, a relative of the Fox family, admitted in a signed statement that she had assisted them during their seances by touching them to indicate when the raps should be made. She also claimed that Kate and Margaretta revealed the method of producing the raps by snapping their toes and using their knees and ankles.

The Fox sisters have been widely cited in parapsychology and spiritualist literature, regardless of their fraudulence. It seems as if they had ignited Spiritualism; people were excited by the prospect of communicating with the dead. Although speaking with the other side wasn’t a new concept, the Fox sisters brought this otherwise under-the-table (pun intended) practice into the light.