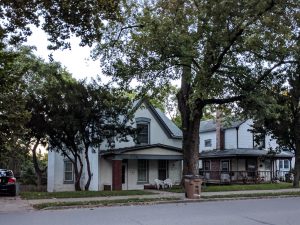 Kansas’ Most Haunted House Will Give You Chills

Built in the mid-1800s in Atchison, Kansas, the home is located at 508 N. Second Street and has seen its fair share of history throughout the years. Passing hands multiple times, the home is rumored to have once housed a little girl named Sallie, who actually died in the home during a wildly unsuccessful makeshift appendicitis surgery.

But it wasn’t until the mid-1990s that Sallie’s tragic story gained local and national attention. Then-owners Debra and Tony Pickman began to notice strange occurrences in the home, including attacks on Tony, unexplained voices, and even finger marks on candles that light themselves.

So, who is haunting the Sallie House? Could it just be the spirit of Sallie herself? Some believe that there’s more to the story — including reports of a middle-aged woman who is said to be behind the frightening attacks.

Dying to experience the hauntings of America for yourself? See a list of our haunted cities to discover if we offer a ghost tour in your town!

History of the Sallie House

Built in the 1800s, the home has three bedrooms and two bathrooms, a modest home, filled with ghosts. It was built for Michael Finney and his family who lived in the home until 1947. Four members of the Finney family died of natural causes in the home throughout the years, and the home housed multiple families during its time. None, however, would be as memorable as the Pickmans.

This young couple, bright-eyed and bushy-tailed, bought the home in the 1990s. They soon started to experience strange, sometimes even violent occurrences in the home. These days, the home sits as a spectacle, a macabre attraction for ghost investigators hoping to solve the mysteries of the home.

Beginning of the Hauntings at the Sallie House

The home has been said to be the location of almost every type of ghostly activity. Apparitions, disembodied voices, objects moving on their own, shadow people, attacks, you name it. This could be why the home has gained much media coverage over the last twenty years. The home has even been featured on popular television shows such as A Haunting, Unexplained Mysteries, Ghost Adventures, and Sightings.

The activity has been so severe at times that some believe the hauntings in the Sallie House could be demonic in nature. Others believe that the Sallie House is home to a ‘portal’ of sorts, that allows entities from the spirit world to enter our physical realm.

Regardless of what lies behind the walls of the home, there’s one thing everyone agrees on — the home is extremely haunted.

People have stated that they have seen the apparition of a young girl for themselves, who many believe is Sallie, as well as the apparition of an older woman standing in the windows. Candles are known to light and burn on their own, objects pick up and move through the air on their own, and others have reported disembodied voices of men, women, and children. Scratching on the walls at night is commonplace, alongside the sounds of furniture being moved around. There have even been reports of more physical attacks and possessions.

Though the home is referred to as the Sallie House, there’s no steadfast proof that a girl named Sallie ever resided there. However, there are reports of a man named Dr. Charles Finney owning the home and operating his office out of the first floor of the residence. The legend of Sallie arose when Dr. Finney attempted to perform emergency surgery on Sallie, which resulted in her death.

Two versions of the Sallie story exist, one being that a woman rushed to her ailing 6-year-old after the girl was complaining of severe abdominal pain. When Dr. Finney realized that the girl’s appendix was on the verge of rupture, he opted to perform her surgery at his residence — without any anesthetics. She later died on the operating table.

In the other version, Sallie was born as a result of an affair that Dr. Finney was having. When the little girl became ill, her mother brought her to Finney, since he would not allow her to go to the hospital for fear that his extramarital affairs would be exposed. Instead, he performed her emergency surgery himself.

While the Sallie story can’t be confirmed, it’s no legend that the home has seen its fair share of dark events.

It was discovered in the early 2000s that a pentagram was drawn on the basement floor of the home. Satanic ritualistic remnants have even been discovered, as well as a luminol test that was performed which highlighted signs of blood spatter in the closet of the master bedroom.

Luminol is a substance that highlights the proteins found in blood underneath a black light.

After Tony and Debbie Pickman moved in, a month passed without activity. Once they began to settle into their new home, lights started to dim on their own, and animals began to act strangely. After the birth of their son, the activity picked up even more, and strange molds grew on household items.

At one point, the couple even returned home from a day out to find all of the nursery’s stuffed animals in a circle on the floor. That night, Tony began to feel intense burning on his back and it was later discovered that he had three significant scratches running down his spine.

After learning the home’s history and about the story of Sallie, the Pickman’s attempt to embrace Sallie as a sort of phantom daughter. Soon after, the attacks on Tony continued. During their child’s birthday party, a doll even caught on fire for no apparent reason. 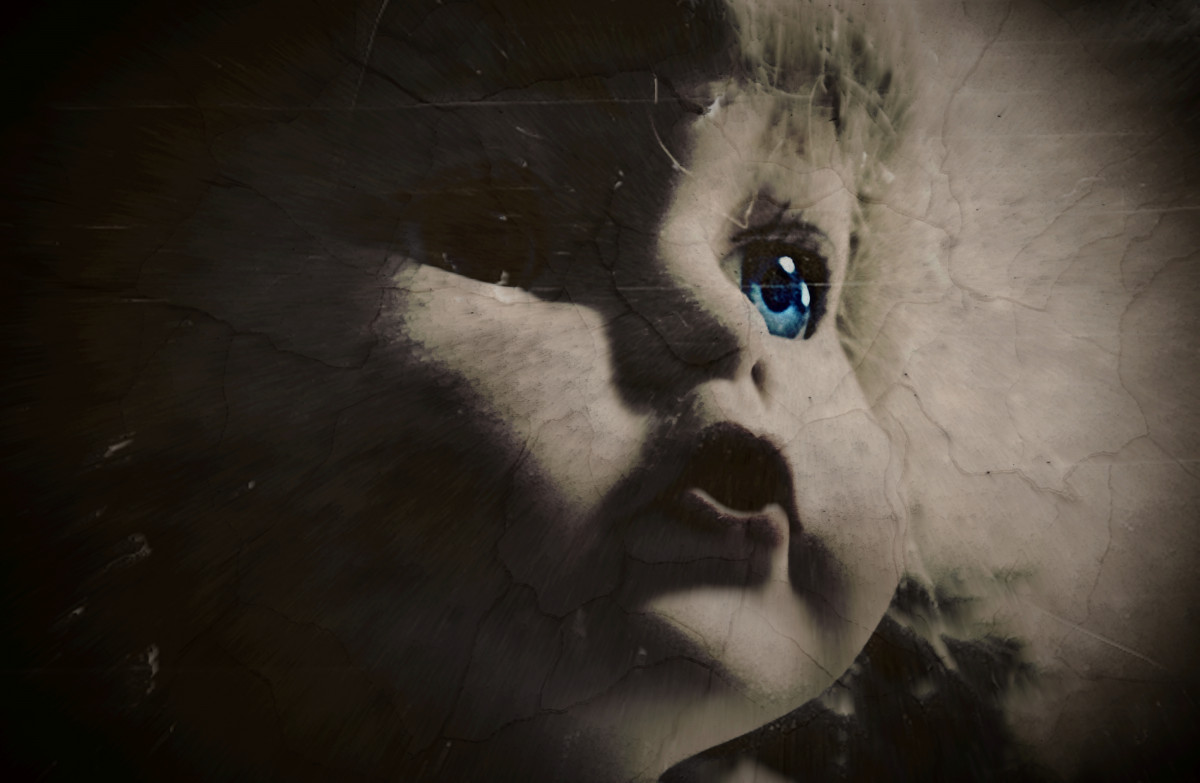 Does the spirit of a little girl named Sallie really torment the living at the Sallie House? Source: pxhere

After two years of being assaulted mentally and physically in the home, the Pickman’s finally moved out. Debbie Pickman now believes that Sallie was not the spirit of a little girl, but a malevolent entity posing as a child in order to gain the trust of the family — for what reason, we’ll never know.

These days, ownership of the house is tricky, but according to the official Sallie House website, Les Smith Jr. has been the actual owner of the home for over 20 years. Those who dare to enter the home can take a tour, or even stay the night in the home. (Just like staying at the Lizzie Borden House!)

Looking to learn more about the haunted hotspots throughout America? Check out our blog!