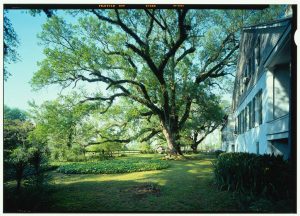 Magnolia Plantation was constructed and established by Ambrose LeComte II and his lovely wife Julia Buard all the way back in 1835. However, the earliest history of the plantation dates back to the mid-1700s in colonial Louisiana.

In 1753, Jean Baptise LeComte received a land grant on both sides of the Cane River which he then used to lay the foundation for a cotton plantation — one that would soon be unrivaled in the entirety of the Cane River region. The plantation exploded in size and spirits, and the enslaved folks who lived on the grounds are stuck here, their tormented souls remaining on the property to this day.

History of the Magnolia Plantation

By 1860, Ambrose owned multiple properties of over six thousand acres, a staggering number, even by today’s terms. Cotton as well as other crops were cultivated and harvested by a heartbreaking 275 enslaved people who were housed in the property’s 70 cabins — that’s about 4 people to a cabin — those of which were very small and cramped, to begin with.

The cabins were converted to single-family housing after Emancipation, and only eight of the plantation’s original cabins have survived the test of time.

After the Civil War and throughout the Civil Rights Movement, Magnolia Plantation continued to function — albeit in a different way entirely. Among the many challenges the LeComte family faced was establishing trusting relationships with the formerly enslaved workers who remained on the plantation as tenants, sharecroppers, and laborers. How in the world could these folks trust the people who held them hostage?

All of Magnolia’s residents worked to find a new level of understanding with one another.

The plantation’s main home was rebuilt in the 1890s after Union troops burned it to the ground, and by the 1930s, tenant farmers were pushed out of their jobs as mechanization took over the work that needed to be done on the farm.

Today, twenty historic buildings remain on the grounds of the Magnolia Plantation. The store, overseer’s house, hospital, blacksmith shop, tenant cabins, and gin barn are all open to visitors — the main home is still privately owned and is off-limits to prying eyes.

Two of Ambrose and Julia’s daughters married into another prominent French-Creole planter family, the Hertzog’s. Ambrose gave part of Magnolia to his daughter Atala and son-in-law Matthew in 1852 — they assumed the management of the plantation after that.

The Civil War had devastating effects on the plantation and the LeComte family, many members were killed or wounded during the conflict. Union troops even set fire to the main house and burned the crops on the plantation grounds.

Like so many historic buildings and plantations in Louisiana, the Magnolia Plantation is said to be one of the most active when it comes to hauntings.

Haunts at the Magnolia Plantation

The Magnolia Plantation carries a lot of heavy history and apparently ghosts, too. It is the treatment of the slaves who cleared the land and harvested the fields that have left this historic place riddled with ghostly activity. The plantation has even hosted a handful of ghost investigators and television shows, all looking to catch a glimpse of the activity reported on the plantation grounds.

There remain artifacts that are telling of the horrors that these enslaved people faced, including leg stocks for public punishment, humiliation, and starvation.

In the brick slave quarters, each two-room cabin was meant to house an entire family. At times, close to 10 people were crammed in these oppressive homes. 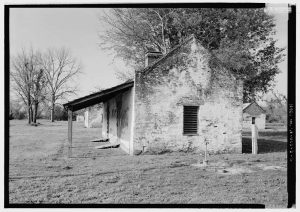 The slave quarters at Magnolia Plantation. Source: Get Archive

However, employees and staff of the plantation need not look too hard, as they tell of strange happenings and unexplained phenomena almost every shift they work.

Evidence of voodoo has been located on the property, which comes as no surprise — it is well known that the African people who were brought to America as slaves practiced types of ceremonies and religions not seen before stateside. These included voodoo and remnants of that culture have been left behind like fingerprints on the property.

It was a form of silent rebellion, the enslaved people at the Magnolia Plantation used voodoo to cast evil wishes on their captors. The enslaved blacksmiths who were tasked with forming the iron crosses used on the LeComte graves were sure to leave behind hidden voodoo symbols in the ornate designs.

Ritualistic chanting is reported commonly coming from one of the former slave cabins, and disembodied voices and footsteps all go hand in hand with the chants.

Many believe that the activity is caused by the many years of voodoo that was practiced by the enslaved people who lived and worked on the plantation — but perhaps the hauntings are caused by the suffering that occurred here.

One of the rooms in the main house is known as the ‘dying room,’ and there’s even a story that states that a Union Major died in that room after being poisoned by Confederate troops. It’s said that the Major’s face can be seen peering out from the window.

Ghostly figures in Civil War garb roam the property, and motion detectors at the main house have been known to go off on their own.

Plantations all across the American South have garnered terrible reputations — and for good reason. The suffering that occurred behind the property lines of plantations like this one is indescribable — it’s only the energy and the ghosts left behind that are able to tell the story.

The Louisiana Ghost Story That Will Leave You Absolutely Baffled