A Twisted History at 10050 Cielo Drive, The Sharon Tate House 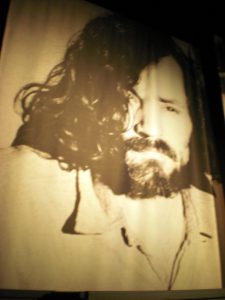 The beginning was beautiful, a picturesque cottage, the perfect escape for some of Hollywood’s biggest names. It sits proudly atop a plateau in the hills of California at the end of a winding driveway in Benedict Canyon. The home is guarded by a gate and is set back amongst century-old trees, their limbs holding the home closely against their woody chests — in their arms, the home now known as The Sharon Tate House.

The home was designed by the famous architect Robert Byrd and was built to be private. From the wood paneling that was so hot at the time to its stone exterior, the home exudes a midcentury aesthetic inside and out. The home is 3,200 square feet of sunlight and beauty — it also boasts a guest house and garage.

Following a long line of celebrity tenants, the home was purchased by Candice Bergen and her music-producing boyfriend, Terry Melcher. Candice wrote about her time at the house, stating that it was perfect and told of its fairytale setting:

‘There was a cartoon-like perfection about it: You waited to find Bambi drinking from the pool, Thumper dozing in the flowers, to hear the dwarfs whistling home at the end of the day. It was a fairy-tale place, that house on the hill, a Never-Never Land far from the real world where nothing could go wrong.’

But how wrong she was… the home fell victim to the evils of the world… it was while living in this home that Terry Melcher was introduced to ex-con-turned-musician Charles Manson and his ‘family,’ and the home began its deep dive into its tragic end.

The Beginning of the End

Terry Melcher was a prominent record producer and member of Hollywood’s socialite community. Melcher had crossed paths with Manson and his group of followers, his family, in 1968.

Melcher met Manson through his friend, the drummer of The Beach Boys, Dennis Wilson, who had allowed the Manson bunch to stay with him rent-free for several months that spring.

Like Dennis, Melcher found Manson’s power over his followers fascinating, but it never raised eyebrows. Because of Manson’s strange behavior, Melcher never took him seriously enough to give him a record deal, which ended up placing him on Manson’s bad side.

Manson was already on edge from a string of crimes he and his family had committed a few months before. He was not desperate for cash and was becoming increasingly paranoid. His emotions reached a boiling point in August of 1969 when he sent four of his followers to 10050 Cielo Drive and ordered them to kill every single person they found there.

The only issue was that Melcher no longer lived at the address — it had been rented to Roman Polanski and his wife, Sharon Tate, the up-and-coming actress. 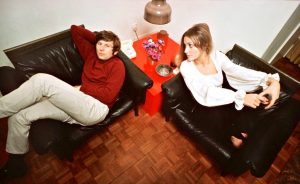 On the night of August 8th, Tate, then 26, was pregnant at home while Polanski was away working in Europe. Several friends were at the home with her, Abigail Folger of the coffee family, her boyfriend Voytek Frykowski, and Tate’s ex-boyfriend and friend, Jay Sebring.

As morning crept up through the canyon on Cielo Drive, the Manson family broke into the home and murdered Tate and her unborn child, her three guests, and an 18-year-old Steven Parent, who they encountered as he was leaving the property after his visit to Will Garretson, the caretaker of the guest house.

The next morning, Garretson was the only one still breathing. He reported that just an hour before, Tate’s housekeeper Winifred Chapman ran from the home after her arrival screaming.

The scene was inexplicable — but Life magazine sent a journalist to take note of the home:

‘in front of the beige velvet couch were the two major smears of blood, the one where hair stylist Jay Sebring fell next to the crumpled zebra rug, the other where Sharon Tate, stabbed a dozen times, slashed so brutally that murder became atrocity, collapsed and died in a jumble of oddities – a yellow candle stub, a teach-yourself-Japanese instruction kit, a mauve bedroom slipper, a book on natural childbirth…’

The home was marked by tragedy, literally and figuratively — blood was stained on the porch’s stone threshold, and the word ‘PIG’ was written on the stark white farmhouse door.

Trent Reznor of the band Nine Inch Nails, had rented the home in 1992 and described the after-effects of the murders and just how palpable they still were…

‘I walked in the place at night and everything was dark, and I was like, ‘Holy Jesus that’s where it happened.’ Scary. I jumped a mile at every sound—even if it was an owl. I woke up in the middle of the night and there was a coyote looking in the window at me. I thought, ‘I’m not gonna make it.’

Sometimes Reznor would even find bouquets and shrines on the property — who were they made for? The victims, or Manson?

Regardless, 10050 Cielo Drive was torn down in 1994, and a new home was constructed in its place, a villa named ‘Villa Bella.’ The address was even changed to 10066 Cielo Drive in order to sweep the past entirely from the property.

However, as we know, energy cannot be destroyed. One begins to ask if reputation is the only thing haunting the old Sharon Tate house.

Former tenants, visitors, and others have stated that while the home doesn’t have any outward entities that interact with the living, the home itself is haunted. The home’s electrical systems go haywire; the energy that remains from the murders hangs over the home like the ancient trees in the yard. There’s a palpable darkness on the property, and some visitors report a shadow figure that has followed them home after taking stones from the fireplace after the home was initially demolished.

David Oman purchased a plot of land just 150 feet from the infamous home and has experienced strange activity ever since. Oman reported seeing apparitions in his home after the home at 10050 Cielo Drive was torn down. The Sharon Tate House was also once dubbed the ‘Mount Everest of Haunted Houses’ and ‘Disneyland for the Dead.’