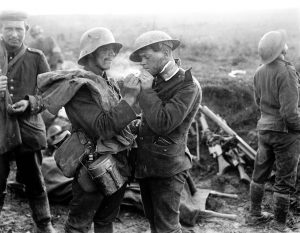 A frostbitten calm falls upon the land. Peace comes to all via vast feasts and celebrations. Everything seems serenely perfect. But not too far off, explosions ricochet into the night. The cries of men, women, and children can be heard. Somewhere, perhaps far away or right next door, lives are reshaped. Heroes are born, and villains die. For others, dreams shatter and become as lifeless as the dark winter nights before them. These are the perils of war, and even on Christmas Day, they continue. It’s a time when many European cultures lay their arms and bodies to rest. In certain circumstances, these traditions of peace and goodwill towards men were continued and honored. This occurred most famously during World War 1, on the night of Christmas Eve, 1914. German and British soldiers met in peace to celebrate their humanity outside the bleak trenches of “No Man’s Land.” For others, the holiday served as a launching pad for freedom. Such as when George Washington led 2,400 men across the Delaware to fight for their independence on Christmas Night, 1776. While the years vary, the date remains the same, and war often continues on Christmas regardless of race, creed, or pact.

Join us on a tour for the holidays with Civil War Ghosts!

The Christmas Eve Truce of 1914 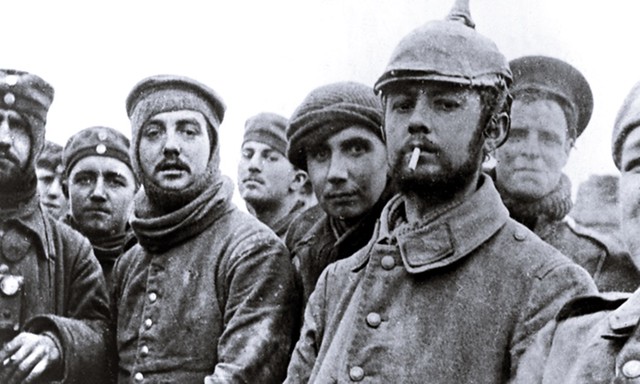 World War 1, the Great War, brought the peoples of Europe to their knees. It remains one of the deadliest wars in human history, with an estimated 12 to 15 million military casualties and over 13 million civilian casualties. Twelve nations began the war in 1914. With more joining Italy in 1915 and later the United States in 1917, the conflicts escalated. World War 1 affected, directly or indirectly, over 800 million people, half of the world’s population at the time. The landscape of war and violence was changing during this time. Machines, guns, chemical warfare, tanks, and more modern military equipment were being introduced to the battlefield. The days of chivalrous turn-taking took a back seat to the more full frontal assaults we know today. Atrocities such as the battles of Verdun and Somme marked the start of modern warfare. Turmoil was ripe worldwide, and pestilence took no rest during the grim festivities. The Spanish Influenza broke out at the end of the conflict and took the lives of over 20 to 40 million people—a harsh time to be alive.

It was a time laden with grief, death, and desperation. But on Christmas Eve, 1914, there was a brief moment of peace between the warring nations. The war had begun a short six months prior, on July 28th, 1914. The death toll was already ready stacked high. However, soldiers came together in peace on this grim night across the Western Front. These events were most famously recalled in the memoirs of British machine gunner Bruce Bainsfather. He states that soldiers came out of their trenches on the Belgium battlefield at Bois De Ploegsteert to share good tidings. A German soldier called British forces over after they had heard the Germans vivaciously singing carols in the trenches. The British proceeded cautiously, yet soon enough, all were sharing wine and tobacco and singing carols together. The truce lasted for multiple days in many parts of the Western Front—a true show of holiday spirit.

While it was a time of peace for soldiers during World War 1, Christmas became a time of action for soldiers in the American Revolution. One of the most iconic moments in the Revolution took place on Christmas Night in 1776 as George Washington led 2,400 of his troops in a surprise attack against German mercenaries across the Delaware River. This moment was immortalized in a painting by German-born American artist Emanuel Leutze in 1851. Leutze etched this event directly into the American psyche. While the crossing and painting are directly correlated with American victory and patriotism, the event itself truly played itself out as much more of a holiday comedy than anything of a great military victory. They were showcasing the holiday spirit in full force! 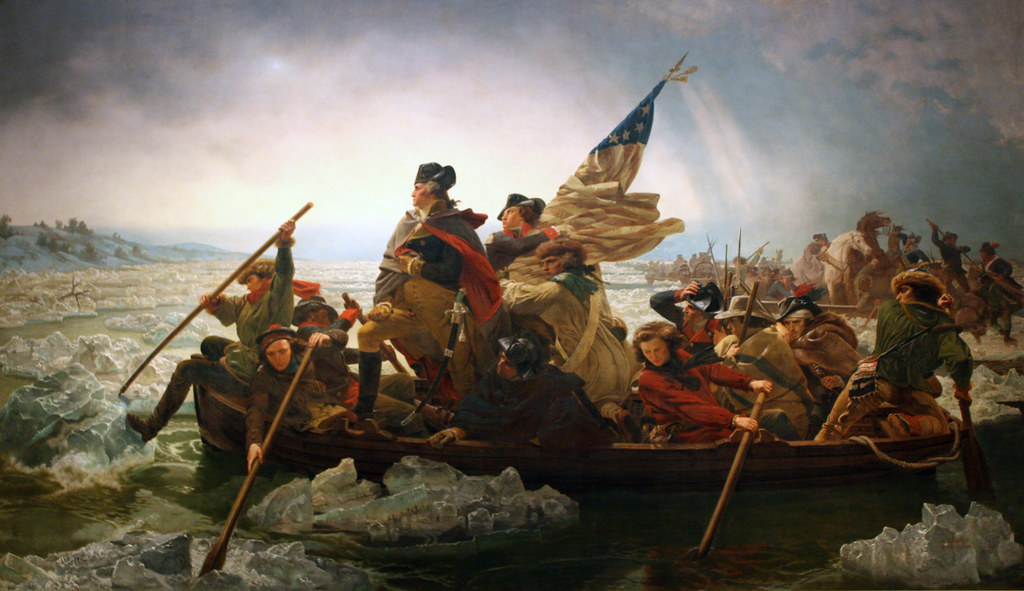 Morale and supplies were low across the Continental forces, the moniker of the American military at the time. The British had hired German mercenaries known as Hessians, who had helped inflict significant losses to the Americans across the surrounding New York area. General Washington knew the raucous holiday feasts, filled with ale and large meat offerings, would be the perfect distraction. The Hessians had caught word of this and set up defenses around the city of Trenton, New Jersey, Washington’s main target. However, many of them had become drunk in the process of waiting, and defenses were jolly, to say the least. At 11 pm, Washington attempted to sail 5,400 troops across the icy Delaware River into Trenton, New Jersey. Three thousand did not make it to the designated point of departure in time, perhaps also due to the holiday spirit. As such only 2,400 artillery-less soldiers sailed across the waterway. Upon arrival, several hundred Hessians fled the village while nearly 1,000 of them were captured. While the battle can be seen as a bit of a blunder, the tale of Washington and his men inspired soldiers across the young nation. To this day, it is remembered as a turning point in the Revolutionary War. A true Christmas miracle. 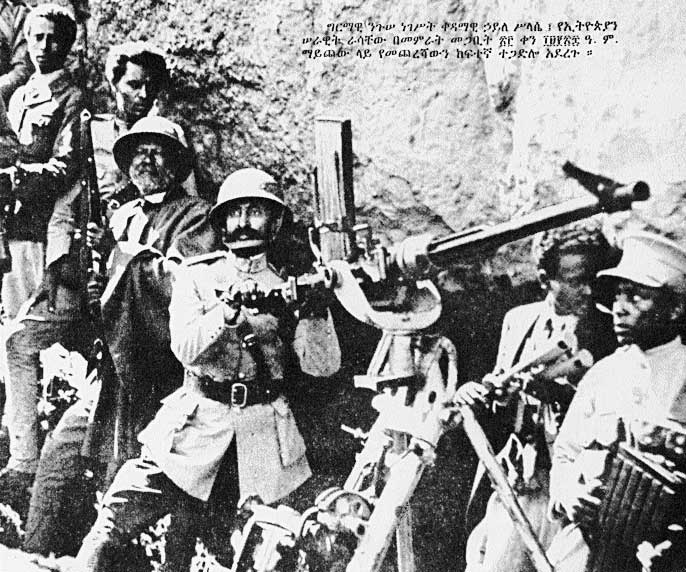 The wartime truce of WWI and Washington’s act of cheery bravado across the Delaware are some of the more peaceful wartime events of Christmas past. As the years went on and the war industry became more violent, the good holiday tidings fell to the ears of yesteryear. In 1935 Mussolini’s Italy took donated jewelry, gold, and other valuables from Italy’s citizens in order to fund their campaign against Ethiopia. Known as The Black Christmas, Mussolini convinced his people that giving up their valuable goods was the only way to win the war. Quite the opposite of the Christmas spirit. Ethiopia remained vigilant and, despite Italy’s deadly mustard gas, retained its status as the only African nation never to be conquered by a European nation. 3,000 Italians were killed In the counter-offensive attack by Ethiopia, while the Ethiopians only lost 500 troops.

This violence pales in comparison to the atrocities that took place in 1972. From December 18th to the 27th during the Vietnam War, code-named Operation Linebacker Ii, the campaign orchestrated by former President Richard Nixon resulted in the deaths of over 1,600 Vietnamese casualties. Although the numbers are believed to be much higher. Over 2,00 B-52s and 2000 strike aircraft carpet-bombed the Northern Vietnamese capital of Hanoi for 11 days. Condemned worldwide as an act of genocide, the Americans executed it out of desperation. The guerrilla tactics of the Vietcong outsmarted the American forces, and these massive bombings appeared to Nixon as the only option. Eventually, peace was negotiated in January 1973, but the scar left behind from these “Christmas Bombings” are stained with the blood of both nations to this day. Continue reading US Ghost Adventures’ “25 Days of Christmas” to learn more macabre facts about Christmas past!