The Story Behind Christmas Stockings 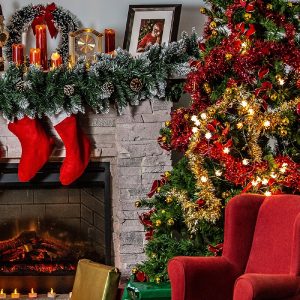 Hung delicately across every mantle, of every fireplace, in every home, during every Christmas, tiny, brightly and ornately colored socks, decorated in the reds and greens of the season, are a stable for any modern family during the holidays. Sewn into their woolen depths are nativity scenes, reindeer frolicking in the snow, snowmen made from aforementioned snow, and of course, the big man himself, Saint Nicholas. They represent the cheeriness of the season, and the special surprise children can expect each from that old jolly St. Nick. Candies, coins, fruits, toys, and other unique items are stuffed inside by the gift-giving Saint, bringing children a little something extra every year. But where did these traditions stem from? Many holiday traditions draw a clear line to the days of pagan lore. Yule and Saturnalia are the foremost holidays taken into account. No indications of stockings, however, are seen anywhere within their ancient canons. So, where did they originate? Some stories are as simple as young children hanging up their socks to dry. While others claim Saint Nicholas helped facilitate beautiful matrimony for three daughters on one faithful Christmas Day. Unpack the true tale of stockings with us at US Ghost Adventures.

Gift a tour this holiday season with US Ghost Adventures!

Lay Your Stockings Out To Dry 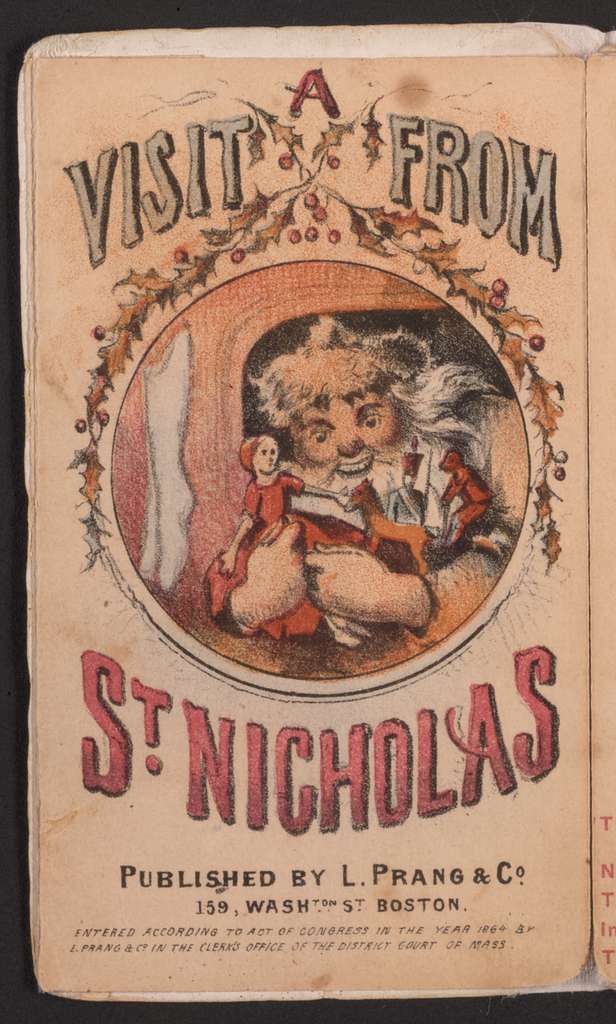 “The stockings were hung by the chimney with care in hopes that St. Nicholas would be there.” This excerpt from Clement Clark Moore’s 1823 poem “A Visit From Saint Nicholas” would not only popularize the then-uncommon act of hanging stockings from the chimney but would also usher in a new era of Christmas. The traditions of Yule, Saturnalia and the 12 Days of the Olde English Christmas were slowly but surely, crumbling as society moved forward. Similarities were still noticeable; the Christmas tree, the gift giving, Yule logs were still common at this time, and of course, the feasts. All holdovers from a time past. Created by centuries of festivities and merriment. All in the name of a bountiful harvest season and for the prospects of a fruitful spring. But as the world industrialized, so did the holiday. Moore’s poem, published December 23rd, 1823, is considered the first modern representation of Saint Nicholas. Prior to this, he was not the portly, jolly fellow we are familiar with today. Nor did he drop gifts into ornately decorated socks.

That all changed with Moore’s iconic poem. Prior to its publication, however, the idea of hanging one’s socks or stockings by the fireplace had been practiced for generations. It started with children simply needing to dry their socks after trekking around in the snow. Generally believed to have started in Germany, quite likely during the yule season. This practice became a Christmas tradition when someone decided to decorate their sock in festive colors. Like all good traditions, there is fascinating folklore behind them. It is said a nobleman was struggling to find his three beautiful daughter’s husbands. His wife had recently passed, and his fortune was lost due to some ancient catastrophe. He could not afford a proper dowry, a required part of marriage in the days of yore. One Christmas night, his daughters dried their socks by the fire. Saint Nicholas, the 4th-century Saint known for his generosity, heard their pleas of desperation and left three bags of gold in each of their stockings that night. 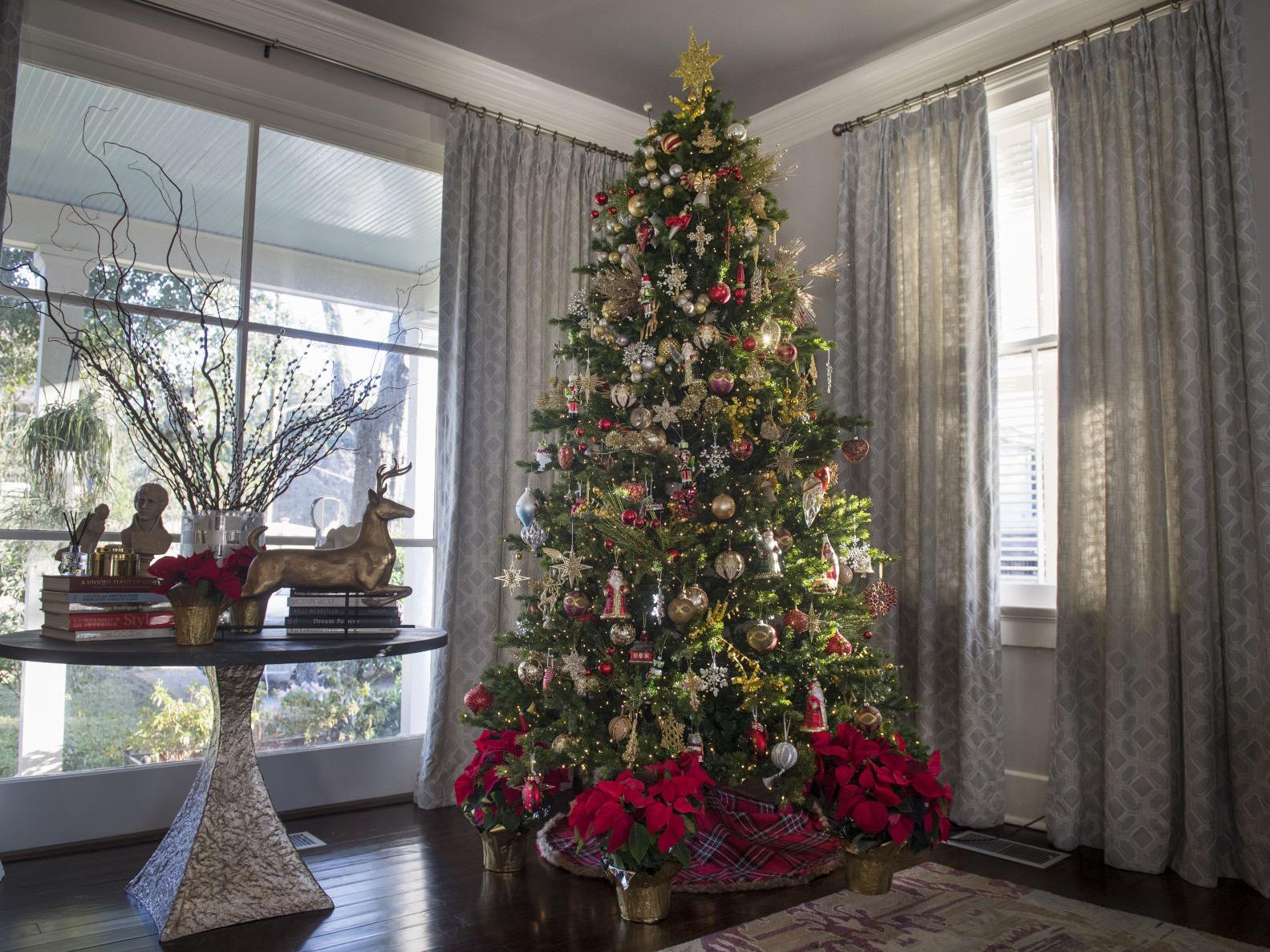 As time passed, the tradition of hanging stockings by the tree became more common for families across the western world. The tradition varies from culture to culture. Some place shoes beside the fire, well-shined the night before. Others leave ornate boxes filled with flowers in hopes that the three kings may visit them. Whatever the case, it simply meant more presents come Christmas morning. The advent of colonization meant the import of many cultural traditions and stories, such as Santa Claus. The Dutch were the first to introduce and merge Saint Nicholas or Sinterklaas into American society. With the foundation of New Amsterdam, modern-day New York came the tale of the gift-giving Saint and, of course, the hanging of stockings. Early references to these Christmas-time phenomena came to be documented in the early 1800s and, by mid-century, had taken off to phenomenal heights. “A Visit From Saint Nicholas” became a holiday standard for households across the nation, and with it, the idea of hanging stockings by the fireplace. However, one thing missing from American homes during this time was the illustrious Christmas Tree.

Christmas Trees were somewhat of an oddity in 19th-century America. Although a common sight in many Indo-European cultures during the days of the Winter Solstice, the idea did not stick in the United States until the mid-1800s. The brightly colored coniferous trees became a staple for German immigrants, particularly in Pennsylvania. But others found the brightly decorated to be a despicable pagan holdover. Ironically enough, the Protestant Puritans of the new world led a relentless campaign against Christmas and all its pagan origins. This eventually calmed down, but Christmas trees didn’t stick until the mid-19th century, at which point their popularity eclipsed stockings, and they were almost forgotten about entirely.

The Return of Stockings! 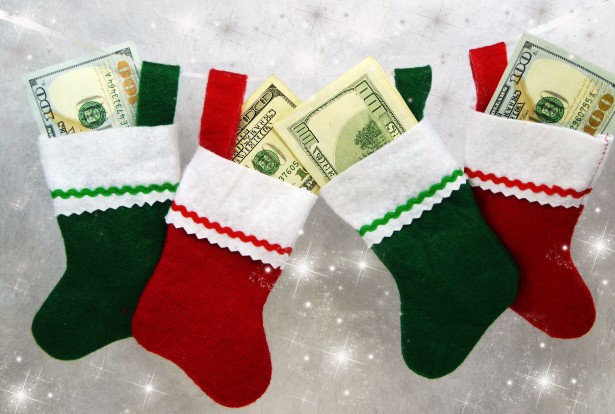 For a short time laying stockings by the fire was overshadowed by the dazzling spectacle of the Christmas tree. But a revival occurred. Declared by The New York Times in 1883 with their article “The Christmas Stocking.” The article goes into in-depth detail about the horrors of the “lifeless corpses” of Christmas trees and the decline in their popularity. It appears the initial excitement of something wore off, and many Americans returned to their classic tradition of hanging stockings. The article also goes into great detail about the difference between a New England stocking and a Chicago stocking, as well as their different levels of elasticity, length, and volume. Stockings made a full comeback! Today, as most of us know, most homes have both stockings and a tree. Relics from another time and place, repackaged into the shiny, festive Christmas we know today. Stockings come in all shapes and sizes these days, from the traditional depictions of Santa Claus, the plain red and green varieties, all the way to celebrity stockings, such as one in the shape of Elvis’s boot! Whatever your stocking may look like, we at US Ghost Adventures would like to wish you a Merry Christmas and Happy Holidays., Or as the Romans would say, “Lo, Saturnalia!” May your yule log be well-lit and your spring season be prosperous! Thanks for reading the “25 Days of Christmas” with US Ghost Adventures.