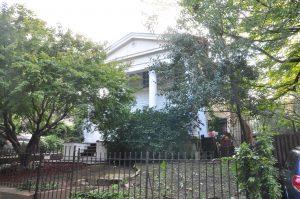 At one point in time, newspapers all over America published stories about folks’ strange experiences with ghosts. In the late 1800s and early 1900s, The New York Times published many of these reports. One of them tells of the Brooklyn Ghost, the tale told by Edward F. Smith, his wife, and his two daughters, and the strange activity that they experienced around Christmas at their home on Clinton Avenue in Brooklyn, New York — a beautiful Greek Revival home that still stands today.

To explore this historic city, book a tour with New York Ghosts!

For three weeks, just before Christmas, between the hours of 5 p.m. and midnight, their doorbell began to ring — when Smith answered the door, no one was there. This would continue for hours into the night, like a strange game of ghost-and-mouse.

‘Their quiet life was seriously disturbed three weeks ago, when one night Mr. Smith went to the door three or four times in response to the ringing of the bell, and every time was surprised to find no one there.’

After the doorbell stopped its incessant sound, a loud banging could be heard coming from the home’s two back doors, a rattling so intense that it sounded as if the doors would fly from their hinges. 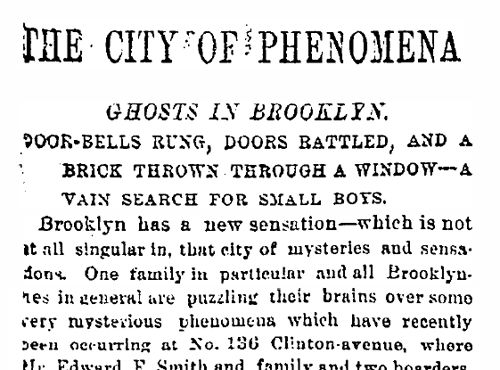 Concerned that the disturbance was becoming a nightly occurrence, Smith enlisted the help of his family and friends to determine the cause. Even with a handful of people stationed in and around the home, no one could pinpoint the cause.

Smith even went as far as to sprinkle ashes on the paths that led to his doors, but no footprints ever appeared.

The Hunt for the Brooklyn Ghost Begins

When the family began to lose sleep, and the phantom ding-dong-ditcher wasn’t showing any signs of letting up, the Smith family persuaded the police to investigate.

A captain and a detective visited the home, but they, too, were unable to determine what was going on. On one of the nights that law enforcement was at the home, a brick flew in through the dining room window. The officers swore no one was outside when the brick came crashing into the home. 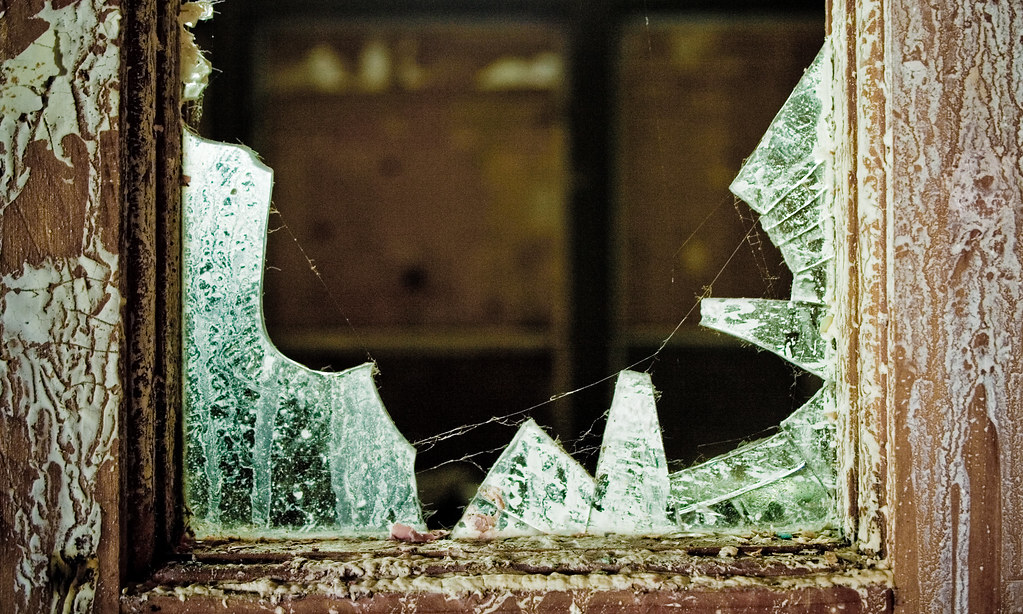 What (or who) threw the brick through the dining room window at 136 Clinton Avenue? Source: Flickr

The police searched the home for hidden wires, suspecting a hoax, but their search was in vain.

At first, Smith stated that he was skeptical that the strange happenings were ‘supernatural,’ but he soon became convinced that ghosts must be the cause.

At this point, 136 Clinton Avenue had become a local celebrity, and the home was inundated with people hoping to catch a glimpse of the activity. Folks were begging for access to the home for seances and investigations. Smith wasn’t having any of it; he did not want to allow strangers into his home and stated that ‘we consider ourselves perfectly able to take care of any ghost that comes along.’

However, that did not stop onlookers. Some even conducted ‘semi-seances’ from the sidewalk of the home. Police even had to periodically disperse the crowds, and at one point, an officer was bitten on the fingers by ‘one powerful German who refused to move.’

So, what caused the haunting? One explanation suggested by locals was that a lawyer had allegedly committed suicide in the home. Perhaps he was responsible for the disturbances.

In a follow-up article on December 21st, 1878, The New York Times stated that Smith had finally solved his problem — he determined that the devil himself was causing the commotion. When he prayed over his home, the activity stopped altogether.

The police were not prepared the accept the devil hypothesis but were ‘ready to swear that they have heard and seen the startling demonstrations, and they are morally certain that it is beyond all human probability that any earthly hands pulled the bell, pounded on the doors, or threw the brick through the dining room window.’

‘Knew He Was Becoming Insane’

In a further dig for information, this small news article appeared in an issue of the Times from February 21st, 1881:

‘While Officer Hulton was patrolling his post on Montgomery street, Jersey City, yesterday morning, a man accosted him and asked to be taken into custody, saying that he felt an attack of insanity coming to him. The officer took the man to the First Precinct Station house, where he described himself as Edward F. Smith, Captain of the Schooner George H. Bent, now lying at Hunter’s point. Shortly after his arrival at the Station House, Smith’s insanity developed itself and he was confined in a room and the County Physician was summoned. Last evening he seemed to have grown better was talked quite sensibly.’

Could this man have been the same Edward F. Smith who endured Clinton Avenue’s hauntings?

The beautiful pillared home at 136 Clinton Avenue is actually known as the Lefferts-Laidlaw House and is sadly the only landmarked building in the Wallabout neighborhood.

The history and haunts inside it will live on to tell the tale of whoever or whatever remains there as the home was added to the National Register of Historic Places on September 12, 1985. Renovations have since been done to the home, and the home was sold to a private New York fashion designer in 2019, so we will have to wait and see if the stories continue.

The Haunting of 136 Clinton Avenue (From the NY Times!)