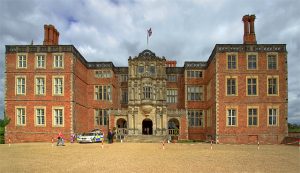 When we think of the holidays, the undead does not immediately pop up in our minds. But in the United Kingdom, the telling of ghastly tales around the Yule hearth dates back centuries. From moralistic Victorian novels to stories shared only by the spoken tongue, the festivities cannot start without a tale (or two) about ghosts, and that’s where Bramshill House comes in.

However, some of these ghost stories don’t haunt the pages of a book — some of them are as real as the foot-long Christmas list you haven’t started shopping for!

If you’re stateside and want to experience the haunts of America, check out our list of haunted locations to see if we offer a ghost tour in your town!

History of the Haunted Bramshill House

When it comes to Bramshill House, we must dive back into the depths of history — centuries back, all the way to 1347.

Bramshill used to be known as ‘Bromeselle’ and was owned by a French-English aristocrat named Hugh de port. By the 14th century, the Foxley family owned the estate, and in 1347, Sir Thomas Foxley was granted permission to enclose 2,500 acres of land as a deer park at Bramshill. Between 1351 and 1360, Thomas erected what now stands as Bramshill House, a stately manor, noble and proud.

In 1605, the grand estate was purchased by Edward, the 11th Lord Zouche of Harringworth (just that name sounds expensive). He bought the property as a large country house that was sure to make a statement and assert his authority — and the home did just that. Edward did some updates on the house between the years 1605-1625.

Throughout the history of the estate, the home has welcomed countless visitors, some of which are as famous as the home itself. These included King James I and the Archbishop of Canterbury.

Flash forward to 2015, when the Home Office and Government used the home as a police training academy until its closure.

Bramshill House is considered one of the country’s most spectacular properties and has a rich and complex history. Its roots run deep, and 11 different ‘build periods’ have been identified in the home. The house boasts 92 acres of land, a chapel, wine cellar and is over 42,000 square feet — plenty of room for the ghostly residents that call Bramshill home.

Just looking at the Bramshill House, you can assume there’s at least one ghost on site. However, as with its architecture and history, The Bramshill House provides more than expected — it is rumored to have more than fourteen ghosts ‘living’ within its walls. However, we’re going to be focusing on the story of one of the most interesting entities, Anne.

The story tells us of a young bride-to-be named Anne Cope. She was due to be married at the mansion on Christmas in the early 17th century. After she and her new beau took their vows, Anne, with her childlike sensibility, suggested that she and her guests play a short game of hide-and-seek.

She was given a head start, and the wedding guests began their hunt for Anne. They searched the entire mansion from top to bottom but found no sign of the bride.

At first, guests assumed Anne was playing a trick on them, but as time passed, concerns were raised about the girl’s welfare.

Her new husband was utterly distraught when Anne wasn’t found, and rumors began to circulate that she had fled, unwilling to spend the rest of her life with him.

He grieved Anne for over 50 years, and one day, as he puttered around the attic of the home, he came across a secret door in some oak paneling.

Inside the door was an elaborate carved wooden chest and the skeletal remains of his bride, still in her wedding dress, clutching her now-dried bouquet.

Inside, there were scratches all over the lid — evidence of Anne’s futile escape.

A short poem by Samuel Rogers tells of the tale:

‘Oh sad was her fate! In sportive jest,

She hid from her Lord, in an old oak chest.

It closed with a spring and her Bridal bloom,

Lay withering there in that living tomb.’

Since Anne’s death, there have been reports of a ‘white lady’ at the mansion, mainly spotted in the ‘Fleur de Lys’ room. Reportedly, during his stay at the mansion, Michael I of Romania asked to be moved to another room to avoid the woman in white and ‘her disturbances,’ which include an overwhelming scent of Lily of the Valley flowers.

However, as with tales as old as time, there are a few kinks in the story. Some believe that the bride-to-be was not Anne Cope but a woman named Genevre Orsini, who married in 1727. Rather than hiding and perishing in her hiding place, her ghost arrived with the chest when it was brought to the Bramshill House from Italy. 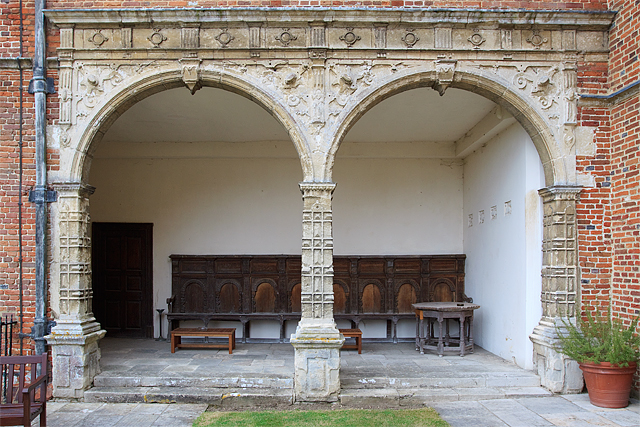 Throughout the 19th century, poems, songs, and etchings were made of the gruesome tale — the first of them emerging in 1809 with the title ‘The Melancholy Occurrence.’ Following this, a song called ‘The Mistletoe Bough’ was written by Sir Henry Bishop (did you know that mistletoe itself has a malevolent past?)

Other Entities At Bramshill House

Some of the other spectral residents reported at the home include a ‘grey lady,’ a ‘green man,’ who is said to be a man who drowned in the lake in 1806, and the ghost of a young child.

The Grey Lady allegedly haunts the home’s library, terrace, and chapel. She appears with a tear-stained face and golden hair. It is believed that she is the wife of a religious dissenter who was beheaded in the 17th century. Her husband is also reported at the home, haunting the stables and chapel drawing room.

The Green Man manifests near the lake where he reportedly drowned, as does the ghost of a former gardener who found a similar fate in the water.

A young man dressed in 1920s tennis grab is said to be a member of the Cope family who died after falling from a train. He is seen most often in the reception area of the home.

The ghost of a nameless child has been seen gallivanting about the library, moving books around, and crying out for the attention of visitors — he is also said to attempt to hold the hands of guests.

Bramshill House is one of those spectacularly opulent homes in which Europe seems to specialize. With the ghosts there to remind you, it’s easy to get lost in the labyrinth of haunting history at the estate. 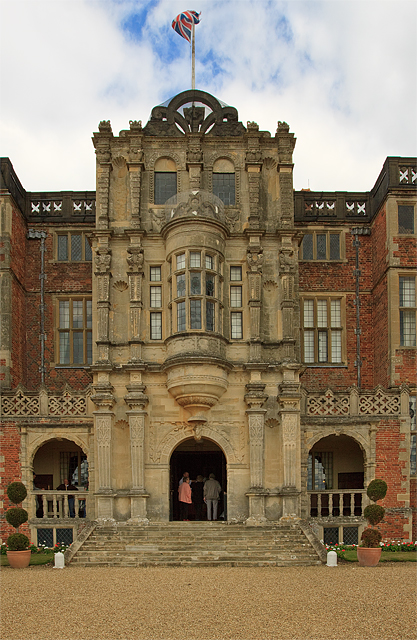 Now that you know the history, would you walk through the door of Bramshill House? Source: Wikimedia Commons

Have you ever visited Bramshill House? Did you encounter any of the ghosts believed to wander the property?

The Bramshill House Bride, or the Legend of the Mistletoe Bough