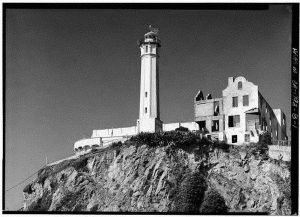 The most impenetrable federal prison of its time. Alcatraz has captivated the minds of ghost hunters, history buffs, and general tourists in the city by the bay. Before its closure in 1963, the 22-acre island located 1.5 miles off the coast of San Francisco housed some of the most hardened criminals of the 20th century. The solitude of the Island of Pelicans, as it is known in Spanish, provided the prison with one of the lowest escape rates in United States history. The frigid waters, powerful currents, and heightened security, with a bit of special help from the aquatic shark population, deterred most criminals from even attempting such a feat. Yet some did escape, albeit only to a degree of impermanence. Their bodies left the mortal plane, but their spirits remained behind. Various cell blocks, individual cells, and other areas of the prison are considered extremely haunted—full of spirits of those who never truly escaped, despite their deaths. On Christmas Eve, one such spirit made its presence known to the staunch warden. Dressed in victorian garb, complete with full mutton chops, his story remains a mystery to this day. US Ghost Adventures covers this strange story below.

Join us for a tour with San Francisco Ghosts! 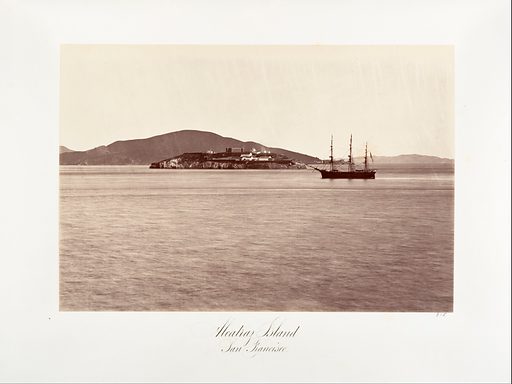 “La Isla de Los Alcatraces” was first Christianized by the Spanish explorer Juan Manuel de Ayala in 1775. “The Island of Pelicans” was aptly named after the large seabird population that filled its craggy shores. Its modern moniker, an ode to the dangerous crags the pelicans sat so calmly upon, “The Rock,” is far less endearing and far more appropriate. Before the European settlement of Alcatraz, the Ohlone and Miwok native population saw Alcatraz as a place where evil spirits gathered. They used the local seabird population for hunting them and gathering their eggs but stayed far away from the island. The isolation made it the perfect place to send unwanted members of society. To spend time with their demons and evil spirits. In 1852 the United States government caught up to this idea, and Alcatraz became a military outpost. The island was composed of a forty-foot tall lighthouse with an $8,000 dollar Parisian lens, military garrisons, and of course, a prison. They were initially holding confederate sympathizers in the days after the Civil War. Its usage only increased as American expansion continued. 19 Hopi Native Americans were held there during an 1895 land dispute in Arizona. Later, soldiers who joined the Filipino army during the Spanish-American War of 1898 were held on the island.

By 1912 a new, much larger facility was built to house 600 inmates. Twenty-two years later, in 1934, the prison was used for federal purposes. The most well-known and notorious mobsters of the era were kept under tight watch here. Despite its large capacity, no more than 250 prisoners were held here at any time. This was done to pay closer attention to notorious gangsters like Al Capone, George “Machine Gun,” Kelly Barnes, and Robert “The Birdman” Stroud. Interment in Alcatraz was not meant to be permanent, however. It was used as a “prison for the prison system.” Inmates were given little privileges and kept under close watch. To help them understand the idea of limitations within the system.

The Ghosts of Alcatraz

These limitations were not always met with kindness. In 1946 a large riot and attempted prison break ended with violence and the US marines being called in. In 1963, the most famous escape attempt, immortalized in the 1979 film Escape From Alcatraz, occurred. Two brothers, Clarence, John Anglin, and Frank Morris, escaped. Their bodies were never found, and they were presumed to have drowned. A year later, the prison closed due to the cost of importing food and other resources to the island. Various spirits of gangsters, prisoners, security guards, and other inhabitants of The Rock remain behind bars to this day. They say you can hear a banjo playing from the showers where Al Capone used to study the popular instrument. He feared being killed while playing out in the open. Cell blocks A, B, and C are filled with the cries and moans of former prisoners. Cell 14d, a cell used as a special punishment, where a man was once found mysteriously strangled, is one of the most haunted. Before all this, however, on one chilly Christmas Eve, as if part of the fog of the San Francisco Bay, a mysterious man appeared to the warden and all the merry revelers at his annual Christmas party. 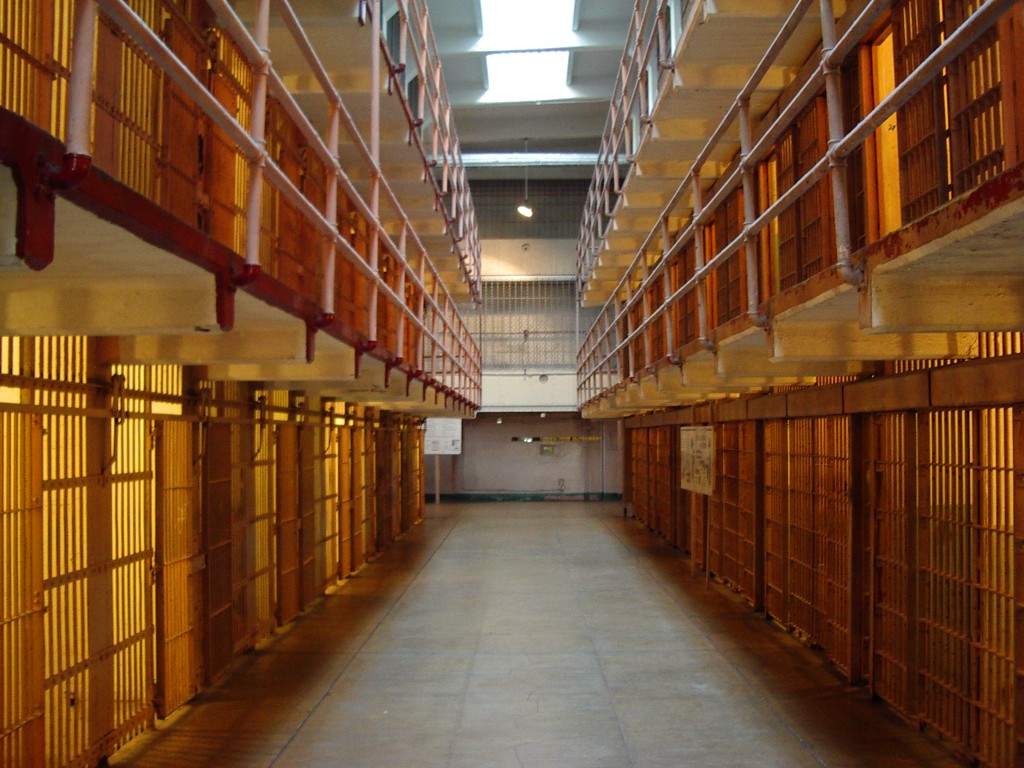 Warden James Johnston did not believe in the ghosts of Alcatraz. Certain events, however, quickly changed his mind. Johnston had run two of the most notorious federal prisons in California, Folsom, and San Quinton, before coming to Alcatraz in 1934. He offered inmates rehabilitation through education, drug treatment, and employment programs. His progressive outlook on the prison system helped to improve many lives. Liked by both inmates, those who weren’t subjected to his preference for solitary, and guards, Johnson often held social events for the working population of Alcatraz. One year, in the 1940s, his annual Christmas Eve party was disrupted by a strange ghostly visitor, a man with a black-brimmed cap, hefty mutton chops, and a grey suit from the Victorian era.

Who Was The Christmas Ghost?

The fire went out, and a bone-chilling cold swept the room. Colder than the Pacific waters surrounding them, the party gasped in horror. Then, as if burned away like the San Francisco fog dissipating in the early morning hours, he disappeared. Needless to say, the atmosphere of the party had been ruined, and the warden was now a true believer. So who was this mysterious man? He could have been a number of people, as the island had seen its fair share of death during the Victorian times. But the way he was dressed implied a working-class man. Not a prisoner of war or treasonous soldier. On January 21st, 1857, the Nevada Democrat reported that a man named Michael Mann drowned off Alcatraz’s coast. He and two of his associates were heading from Alcatraz to North Beach in San Francisco. After an hour of rowing and getting lost amidst the fog, they saw the light from the lighthouse and decided to turn back. A series of larger breakers burst upon the side of their small rowboat. Mann was lost in the process and never seen again.

Perhaps, Michael Mann, a soul lost to the fog, and dangerous waters of the San Francisco Bay, saw an opportunity to communicate and took it. The spiritual veil is lifted during the Winter Solstice. Many ancient cultures believed in this. Although the idea has been lost and the thought of it rejected in modern times, it does not make it any less true. The warden’s house, now decrepit and burnt due to years of decay and mishap, still attracts high levels of spiritual activity. Visitors come far and wide to Alcatraz to hear the stories and possibly catch a glimpse of one of its many eternal prisoners. Next Christmas, plan your visit to Pelican Island; for all you know, you may see the mysterious Christmas party ghost. Keep reading US Ghost Adventures “25 Days of Christmas” for more hauntingly horrific holiday horrors.