Sir Geoffrey and The Headless Hound 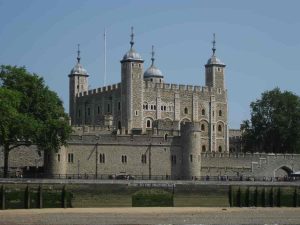 The thin veil that separates us from the realm of the dead is lifted at various times of the year. When the sun is low, the inclinations of the mind gravitate towards the unknown, and the memories of the past come to life again. The Fall and Winter equinoxes are when the earth opens up again, and spirits walk among us. During the ancient Norse holiday of Yule, a precursor to modern Christmas, spirits called Dregrs roamed the land, and appeasement was made to them. These traditions continued with the Norse on to England. Ghost stories are rife in the war-torn country and abundant during the holiday. The Ghost of Sir Geoffrey and the Headless Hound is one of the most well-known in Great Britain. An excommunicated aristocrat who left a curse upon an Abbey he founded in Outer London. Now his spirit roams the woods between Hertfordshire and Middlesex, draped in a blood-red coat, every six years on Christmas Eve. He and his companion, a headless hound from the nether realm, were last seen in 1932. This festive knight’s story is revealed in the pages below as part of US Ghost Adventures’ festive feature, “25 Days of Christmas.” Happy Holidays!

The Earls of Essex 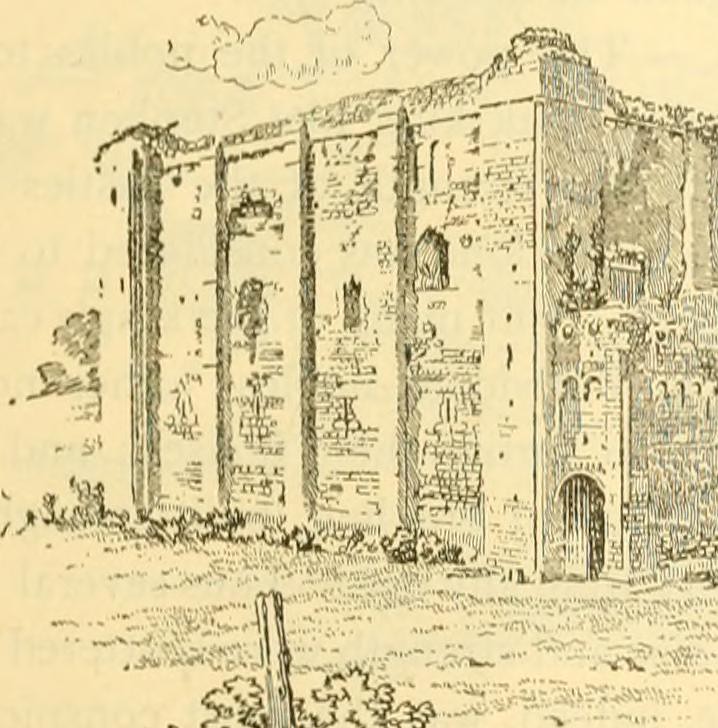 The spirit in question in our tale is that of Geoffrey De Mandeville, the first Earl of Essex, Sheriff of London, Essex, and Middlesex, and most intriguingly, a constable at The Tower of London. He was a cunning man who used his intellect to benefit from both sides of a civil war. He was a free, feudal rebel fighting against a divided nation. He was the Grandson of the original Geoffrey De Mandeville. A Norman Lord who was first appointed Earldom over Essex by William the Conqueror. De Mandeville, the Elder, was one of the wealthiest Lords of the era and was well respected in medieval London, serving as the first sheriff of both London and Middlesex. After his death around 1100 AD, he left his sizable wealth to his son William De Mandeville. The younger Mandeville became the first constable of the Tower of London. During his tenure, the political prisoner Ranulf Flambard escaped. The prisoner was the first to do so in the tower’s history. This led King Henry I to strip Mandeville of his title and a third of his land. Some believe Mandeville helped Flambard escape, which would have appeared to later work in his favor.

Geoffrey De Mandeville, the first official Earl of Essex, retook the constable position and his family’s lost land during the rule of King Stephen. Stephen forgave his family’s debt and returned the properties to the family. This was during a time called The Anarchy. After the death of King Henry I, the throne was disputed between rival parties, Stephen of Blois and King Henry’s daughter, Matilda. This dispute quickly resulted in a civil war in 1135. As the war raged on, Geoffrey De Mandeville used the emotions of both sides to his advantage. After the initial rule of King Stephen began to weaken, he switched to the royal daughter’s side, gaining further riches from her. This continued till 1143 when Stephen, in power yet again, arrested him for treason. Mandeville refused to give up his land yet again and rebelled against Stephen.

The Demise of Geoffrey De Mandeville

After his departure from the aristocracy, he spent his time terrorizing the Fenland on the Isle of Ely, using Ramsey Abbey as his main fortification. He would meet his demise in September 1144 in a small skirmish. A slight arrow wound led to the death of this once-powerful landowner. Upon his death, it is said he placed a curse across his ten former estates. If anyone attempted to take them from his hands again, his spirit would return to terrorize the perpetrators. A lifelong battle, three generations old, that continued past the grave. His spirit did not rest easy, and was denied a proper Christian burial. His body was taken to the Knight Templars Temple in London and hung from a tree in a lead casket, surely not helping his spirit lay easy. It wasn’t until the Prior of Walden Abbey, one of his many well-endowed properties, got his ex-communication revoked that his body was properly put to rest, being lain beneath the Abbey. Walden Abbey, along with all other monasteries across England, was disbanded after the Dissolution of the Monasteries in 1541. It is believed this incited the spirit of Geoffrey De Mandeville. 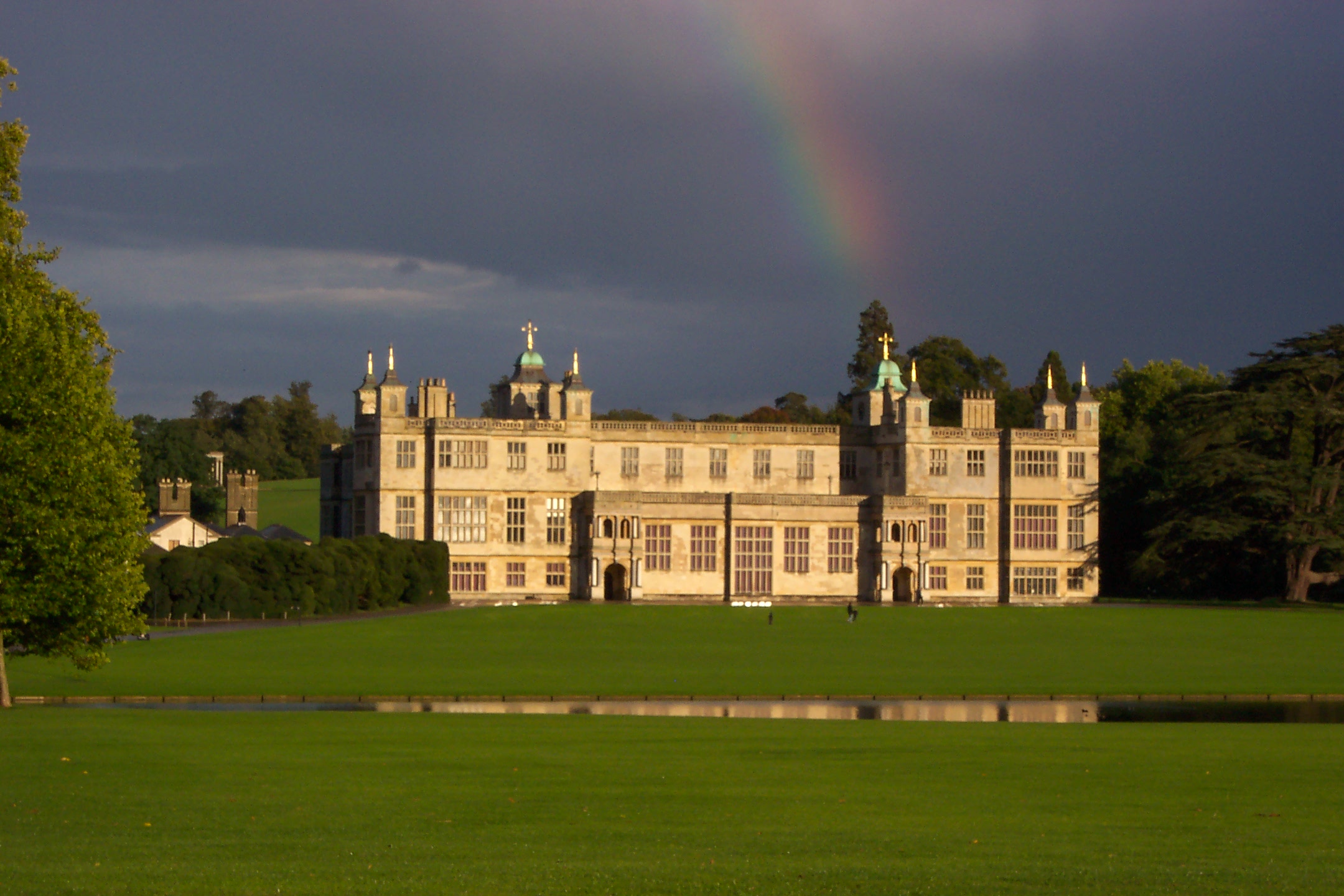 This led to the start of the mysterious sightings. A headless hound accompanied by a knight draped in a red cloak began appearing across the former estates of the Earl. However, these sightings only occurred on Christmas Eve and an unfrequent basis of only six years. Most commonly, the knight was spotted in Hertfordshire and East Barnett. A large distance from where he spent his time in waking life but where he held large amounts of land. In modern times his property in East Barnett was excavated. The foundations of his old fortress were disturbed in the process. Hauntings began in the new building shortly after. In 1926 a small party spending the night at “The Grange,” as it was referred to, reported the sounds of hooves and spurs clanking out on the Old Church Hill Road. When they went to look, nothing was there. 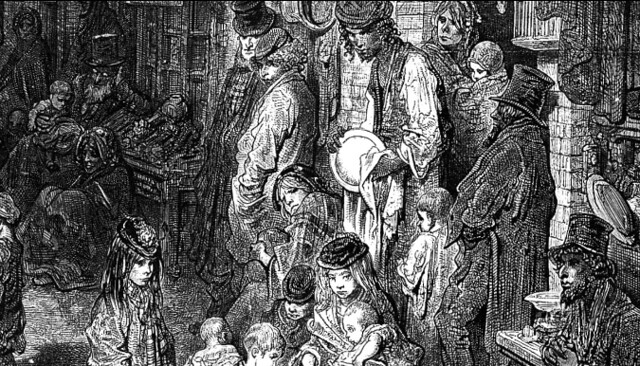 Later that evening, a groundskeeper named Mr. Gibson met the old knight. He appeared in the form of a skeleton adorned with a breastplate and black cape. Since then, he has been seen at any of his former estates every six years. 2022 marks the year of his return. For any readers in England, this Christmas Eve may be your chance to witness his spirit. Many cultures see Christmas time as a time of spiritual prowess. When the spirits roam the earth and the veil between this life and the next is thin. Perhaps this is why Geoffrey De Mandeville returns to check on his properties every Christmas Eve. The headless hound remains a bit of a mystery to many, but one can only speculate what type of demonic presence someone as vindictive as the Earl of Essex may have met in the afterlife. Continue with “25 Days of Christmas” and US Ghost Adventures to learn more about the spirits that walk among us on Christmas!