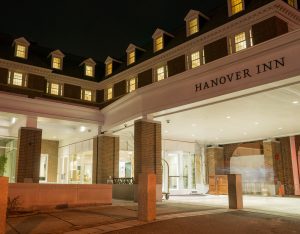 Did you know that colleges and universities all across America account for some of the most haunted locations in the nation? Think about it — most universities were established hundreds of years ago and have seen countless energies and witnessed thousands of students pass through. It’s really not surprising that college campuses all over have reported ghostly activity — including Dartmouth, with its infamously haunted Hanover Inn.

Colleges all across America are rumored to be haunted. Some of these campuses of higher learning have been around for centuries, with students and teachers of all types passing through their doors. Dartmouth College is one of those historic schools, and it lives up to the stories. Dartmouth College is featured on more than just a few Top 10 Most Haunted Colleges In America articles, Dartmouth is one for the books (pun intended) An Ivy League establishment created in 1769 by Eleazar Wheelock, it is the oldest institution of higher education in the United States and one of the nine colonial colleges formed before the start of the American Revolution. Dartmouth’s history dates back just as far as the city of Boston’s, which you can experience first hand on one of our Boston history and ghost tours!

Eleazar Wheelock was a Yale graduate and a minister from Columbia, Connecticut who had sought to create a school to teach Native American youth the ways of Christianity. Wheelock’s inspiration stemmed from a relationship he held with Mohegan native Samson Occom. Occom became an ordained minister after studying under Wheelock from 1743 to 1747 and later moved to Long Island to preach to the Montauk people.

Wheelock later founded Moor’s Indian Charity School in 1755, and while proving somewhat successful, additional funding was required. He was able to secure funds through donations, but another problem presented itself: the school was just too far away from tribal territories.

Seeking to expand the school into a university, Wheelock relocated it to Hanover, in New Hampshire. The move from Connecticut was lengthy and troublesome. The Royal Governor of New Hampshire, John Wentworth, provided the land upon which Dartmouth would be built.

On December 13th, 1769, he issued a royal charter in the name of King George III, establishing the College. The main goal of the college was this:

“For the education and instruction of Youth of the Indian Tribes in this Land in reading, writing & all parts of learning which shall appear necessary and expedient for civilizing & Christianizing Children of Pagans as well as in all liberal Arts and Sciences and also of English Youth and any others.”

Touted as the oldest continuously operating hotel in all of New Hampshire, Hanover Inn Dartmouth was once the home of General Ebenezer Brewster, who became the steward of Dartmouth College in 1769. In 1780, Brewster redesigned this grand structure and converted it into a flourishing tavern. In 1813, Brewster’s son. Amos, had the tavern moved to a different site and started the process of constructing a much larger, more luxurious building with later became known as the Dartmouth Hotel.

In 1901, Dartmouth College began a two-year reconstruction of the hotel grounds and building and was renamed Hanover Inn Dartmouth. Today, the hotel overlooks the extensive scenic green in Hanover, New Hampshire, and is the only boutique hotel on the Dartmouth College campus.

While the history in New Hampshire is never lacking, Dartmouth College truly sets the tone for the spooky scenery in Hanover! Any student or visiting family knows about the Hanover Inn Dartmouth. Scary stories have surely been passed around campus at parties, clubs and classes. The inn itself is stunning, with every historical detail preserved. It’s highly rated and well-loved, but what happened nearby on campus almost a century ago is what sticks in the minds of people who visit.

In 1934, a young group of students were enjoying a night together at the Alpha Theta fraternity house. Once they all retired for the evening, a carbon monoxide leak filled the home, killing all nine students who were inside. The Alpha Theta house was demolished, and a new one built in its place. Many students and hotel guests report apparitions of those that died that night all over campus. A heartbreaking end to more than a few young lives. It would be no surprise if the spirits of these students stuck around, as the last night they spent together was truly an enjoyable one.

The demolition of the fraternity house is believed to be why the spirits of the dead have migrated to the Hanover Inn, seeking a place of refuge, or a chance at attention. More than one Dartmouth student has spoken about finding a room that doesnt exist, and witnessing apparitions of young men and their dates partying.

The victims of that tragic night aren’t the only ghosts who visit the Hanover Inn, occassionally reports are told of running into the spirit of Theodore Geisel, class of 1925. Have you ever heard of him? Here’s a hint — his middle name was Suess.

Theodor Geisel was born March 24th, 1904 and was an American children’s author, poet, illustrator, animator, and cartoonist. He is best known for his work writing and illustrating under the pen name Dr. Suess, and his work includes many of the most popular children’s books of all time, selling over 600 million copies by the time of his death. Some of his most well-known works are The Grinch, The Cat in the Hat, Horton Hears a Who, among many others. Geisel actually adopted his famous pen name ‘Dr. Suess’ at Dartmouth College as an undergraduate. He was a part of the college’s humor magazine ‘Dartmouth Jack-O-Lantern,’ and eventually became the editor-in-chief.

While at Dartmouth, he was caught drinking with nine friends in his dorm, as college kids do, but the possession and consumption of alcohol was illegal under Prohibition laws and he was forced to resign from all extracurricular activities, including the Jack-O-Lantern. He was urged by teachers to continue his writing under a pen name, and luckily he never faltered, providing American youth with some of the greatest stories.

Imagine running into the spirit of someone who wanted to chat with you about green eggs and ham! Visitors to Hanover report seeing an older man walking about the lobby and hallways, only to disappear into walls or vanish into thin air. Could this be Dr. Suess? We’d like to believe so!

Have you ever visited the campus of Dartmouth College or stayed in the haunted Hanover Inn? the Inn provides a beautiful place of rest and offers easy access to the region’s best outdoor activities and cultural attractions. So even if you don’t know a student on campus, a stay at the Hanover will surely provide you with the ghostly vacation you need! For the scoop on other haunted inns, check out our articles about Concord’s Colonial Inn and the Red Lion Inn, both of which are described as two of the most haunted lodgings in the world!