There’s only one genuine castle on the west coast of the United States — Thornewood Castle. It’s a glorious English Tudor Gothic-style mansion that sits proudly watching over American Lake — and has since it was built in 1911.

The home was built for Chester Thorne, who at the time was one of the wealthiest men in Washington state. Over the course of more than a century, ghosts have made themselves at home in the sprawling mansion. The current residents often catch ghostly glimpses of parties where 20th-century socialites are seen mingling — and sometimes the party gets a bit too rowdy, and wine glasses are broken!

So, who are these phantoms? Could they be the spirits of Chester and his family, or perhaps the ghostly guests of the fancy parties that used to echo laughter throughout the home?

History of the Thornewood Castle

In the early 20th century, Chester Thorne was one of the most well-off citizens of Washington. He founded the National Bank of Tacoma and helped to fund the dredging of the city’s port. In 1908, he was looking to settle down and bought a one-hundred-acre plot near American Lake in what is now Lakewood. Mr. Thorne had plans for an exquisite mansion, one of the biggest on the entire west coast.

Chester wanted the mansion to be as authentic as possible — he purchased a 400-year-old castle in England and had it taken apart and shipped to the states. It took a fleet of three ships sailing around Cape Horn to deliver the materials needed to the construction site. The oak staircase, paneling, and front door came from the English estate. The red bricks were imported from Wales. 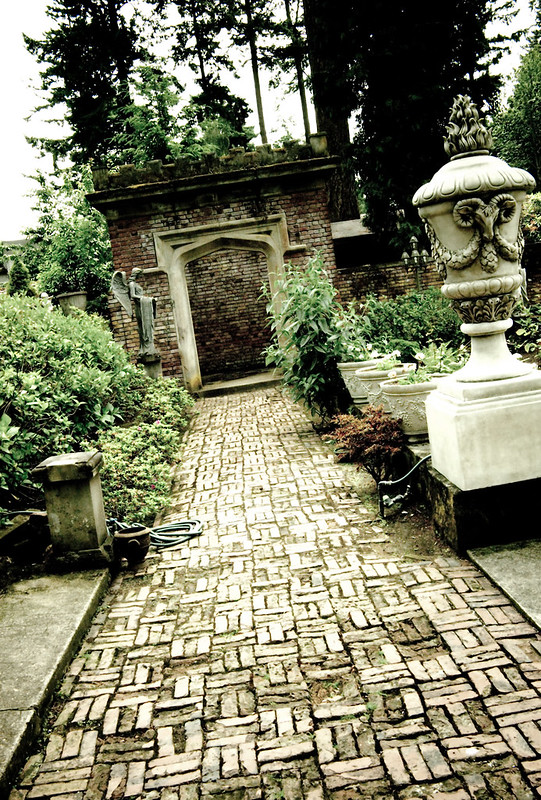 Around the mansion, there are acres of gardens, fountains, and sculptures. Stained glass salvaged from 15th and 16th-century churches is also found in some windows around the castle. The mansion truly is a melting pot of materials.

The Thornewood Castle has over 27,000 square feet of living space, including 54 rooms and 22 bathrooms. These days, Thornewood is a historic site used for weddings, parties, and nightly rentals. It’s also open to public visits and used for photoshoots. Stephen King’s TV series Rose Red was even shot on the property!

Life and Death of the Thornewood Estate

Chester was well known for his generosity. Even though he had lavish parties with other wealthy citizens of Puget Sound, he still made time to give to the causes he believed in. Chester helped to found Mount Ranier Park, which helped to conserve the alpine forests around the mountain. When Tacoma was hit with an economic depression in 1893, Chester donated money and supplies to those in need.

The Thornes lived a happy life but wasn’t free from tragedy. Anna, Chester’s daughter, contracted Scarlet Fever which caused deafness in one of her ears. She often went into hiding when her parents had her social gatherings since she was embarrassed about the hearing aid she had to wear. Another one of the Thorne children is said to have drowned in one of the many ornamental ponds on the property.

The Thornes lived in the home until Chester died in 1927. Anna took over the Thornewood Castle afterward, living there until 1959.

Hauntings at the Thornewood Castle

The Thornewood Estate is well known for its hauntings. When the Robinsons moved into the home in 2000, the hauntings have increased steadily since then. The mansion’s ghosts are depicted as malevolent in the King series, but in reality, they’re far less scary in real life — some even say they’re nothing more than benevolent, mischievous ghosts just looking to have a good time.

The Robinsons claim that the most common encounter is that of a phantom party in the mansion’s great hall. One report tells of Deanna Robinson’s encounter in the home — she was reading a book in the hall when the room lit up with the sounds and sights of a cocktail party. At least 100 people were socializing, dancing, and drinking. Though the scene was hazy, Deanna saw it clearly. It was as if she had stepped back in time, and she said that even though she owned the estate, she felt like an intruder, as if the ghosts were disturbed by her presence.

The ghost of Chester Thorne has also been seen around the estate. He’s seen chiefly around his bedroom on the second floor, where he died. Chester’s ghost is said to be residual, a ghost that follows a routine they used to have during their time on earth. He always walks through the front door of his room, walks past the bed, and disappears into the bathroom. Chester’s ghost is also reported hanging out around the fountains in the garden.

Anne Thorne, Chester’s wife, can be seen in a second-story window overlooking the garden. She and Chester are occasionally seen at the top of the staircase, dressed as if they’re headed out to some fancy soiree. They don’t move; they appear for a moment and vanish.

The ghosts of the Thorne children are still ‘alive’ and well in the castle. Anna, the eldest daughter, is seen sitting on the porch. Their son often appears standing on the lawn in front of the ornamental fountain where he drowned. 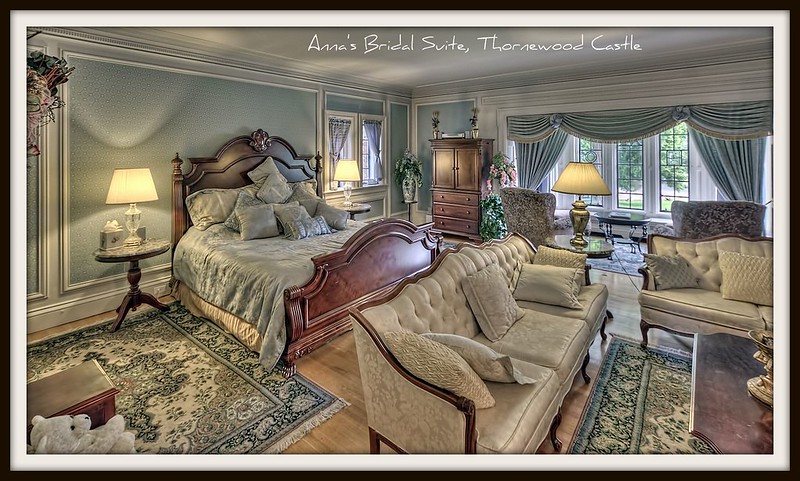 Anna’s former bedroom is said to be one of the more haunted areas in the house. She often hid there when the Thornes had guests over. Guests to the mansion claim to have seen Anna’s apparition in the room on multiple occasions. Mysterious shadows are also reported, and those that spend the night in Anna’s room also report the sounds of a grand piano’s key tinkling in the middle of the night.

The ghost of Anna’s second husband is also seen in the room across from Anna’s bedroom. He wears a brown suit and shows up to serve the guests, offering to do their laundry. One guest found his clothes neatly folded over his shoes shortly after seeing his apparition.

Puget Sound is a gorgeous region with natural beauty, deciduous rainforests, waterfalls, and countless reports of ghosts! The gloomy skies and rain bring about the solemn spirits of the Sound’s past, and it’s evident in the Thornewood Castle.