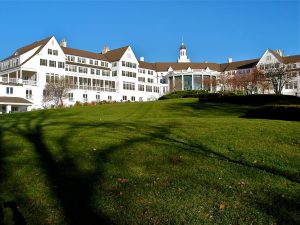 The Sagamore Hotel was named one of the ‘Top 10 Most Haunted Hotels in the United States by TODAY magazine — the hotel is well known for its luscious 5-star accommodations, luxurious location on the banks of Lake George, and its centennial history. However, it’s got another claim to fame — its extremely active ghosts! To see some of New York’s greatest haunts, book a tour with New York Ghosts!

History of the Sagamore Hotel

The Sagamore Hotel first opened its doors to guests back in 1883. It was financed entirely by a few wealthy Lake George residents. The hotel attracted the area’s more affluent clientele and was one of the most luxurious lodgings in the entire region. Built-in a Queen Anne style, the Victorian-era resort is protected by its standing on the National Register of Historic Places.

The Sagamore Hotel’s website boasts about the many accommodations offered by the historic resort:

‘An elegant nod to a bygone era, the Historic Hotel was originally built in 1883 and lovingly reimagined to reflect The Sagamore’s rich heritage, complete with clapboard siding and classic Victorian architecture. Guests who stay in the Historic Hotel at our resort on Lake George will also enjoy the convenience of being near many of The Sagamore’s award-winning restaurants, pool and waterfront areas. Our Historic Hotel on Lake George features 137 elegant guest rooms, including 54 suites, with a club-style ambiance, contemporary Adirondack-inspired décor, and a choice of lake or traditional views.’

The hotel was named after ‘the Sagamore,’ a Native American character in the James Fenimore Cooper novel, ‘The Last of the Mohicans.’ Several islands around Lake George are also named after characters in the book. 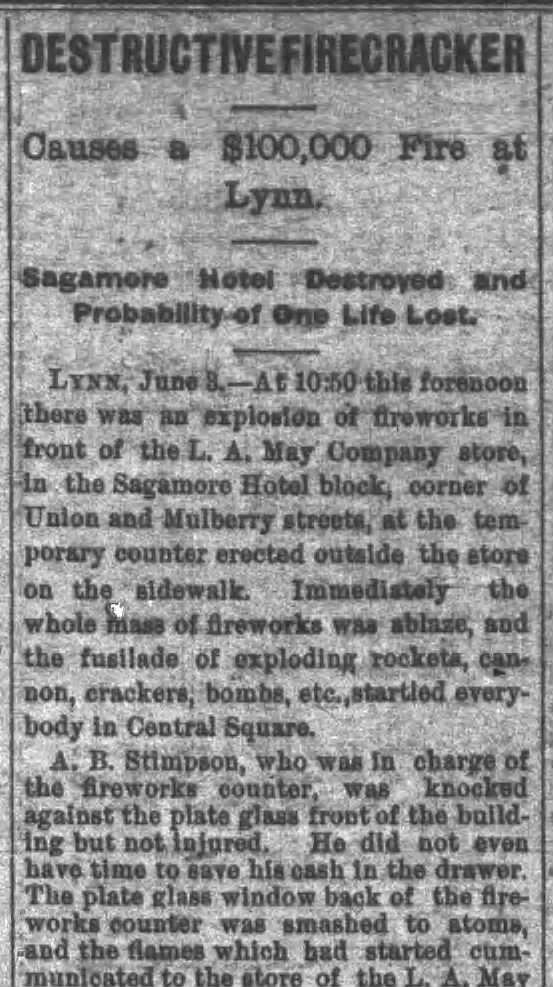 Even with all of its fanciful guests and beautiful history, the Sagamore Hotel had a bit of a bad luck streak when it was damaged by fire twice in 1893, 1895, and again in 1914. It was rebuilt in 1921 by a hopeful group of investors, including Dr. William G. Beckers, one of the hotel’s earliest stockholders; Adolph Ochs, the owner, and publisher of the New York Times, Dr. Myers, a New York surgeon, and William H. Bixby, a St. Louis industrialist, as well as an engineer and architect named Robert Rheinlander. These men oversaw the reconstruction of the resort.

By 1930, the Sagamore Hotel continued to thrive for decades, despite these renovations happening in the depths of the Great Depression.

The Sagamore Hotel has been a gathering place for wealthy tourists and residents of the famed ‘Millionaire’s Row,’ a line of massive mansions along Lake George’s western shores.

This changed in 1981 when the hotel fell into disrepair, and its posh reputation began to slip. It closed its doors that same year. A couple of years passed, and in 1982, nearly 100 years after it was first built, real estate developer Norman Wolgin of Philly purchased the property and restored it.

The Sagamore Hotel and Resort is now managed by DelRay Beach, Florida-based Ocean Properties, which purchased the resort in 2008.

By now, you’re probably curious about what makes the Sagamore so haunted. Could it have been caused by the destruction of the fires, or perhaps just the hotel’s age that has left countless reports of ghostly encounters within its walls and all over the property?

Haunted History of the Sagamore Hotel

Let’s start at the main hotel lobby, where a woman in her early twenties is said to be seen standing on the open porch. She looks down to the lake, watching the boats flow in and out. She’s seen in a lovely pinkish-brown dress with dainty points of lace.

Her name was Lillian, and she was said to have stayed at the Sagamore during its first era. She is known to have visited the hotel with friends from Philadelphia to go boating in the calm waters of Lake George.

Moving deeper into the hotel, a phantom named Walter frequents the elevator closest to the Concierge’s desk. He is dressed in a brown three-piece suit and is described as a slender man with a thick mustache. He is seen most in the card room, where the first-floor rooms are.

On the 2nd and 3rd floors, a man dressed in a long, black overcoat is witnessed walking frantically up and down the hallways, over and over again. He’s also been seen in the halls of the spa and is famous for his immaculate, shiny leather shoes!

One story, however, is particularly frightening…

In the mid-1930s, a maid was caught having an affair with a hotel guest and was promptly fired. She returned to the room to inform the guest that she had lost her job over their fling, and while she was there explaining her woes to her beau, his wife returned. The husband confessed the affair to his wife, and she wrestled the maid to the floor, smothering her with a pillow she pulled from the bed.

He was stunned, and they left immediately, him not saying a word to avoid the wrath of his wife and the same fate as the maid. The maid wasn’t found until the next morning, and it was assumed that she had died from a heart attack. The maid is still said to reside in the room, as her anger traps her there. She’s believed not to be able to leave the second floor.

Outside the hotel, the Sagamore’s golf course is haunted by the spirit of a young boy killed by a car in the 1950s while chasing golf balls. He’s well known for his pranks, including stealing golf balls and moving flags!

Two women staying at the hotel ended up calling the resort soon after their stay with concerns. Their very first question was if the Sagamore Hotel was haunted — they had both seen a man in their room watching them and witnessed a ghostly child running through the end of the bed and into the room’s bathroom.

Today, the Sagamore is in operation as the gorgeous resort it was always envisioned to be. Guests can enjoy watersports, island camping, scuba diving, and coastal dining. Ghost hunting is allowed by appointment only, but nothing stops guests from asking questions in their room’s privacy! Who knows, maybe you’ll come into contact with one of the Sagamore’s many ghosts during your stay!