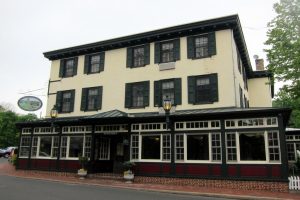 This past Halloween, the Logan Inn celebrated its 300th anniversary. It’s the longest continually run inn in the country, and it’s believed that some of the guests remain — about eight of them, to be exact.

The Logan Inn is located in what director Robert Child deemed ‘America’s Most Haunted Town.’ Strange happenings are king in New Hope — a small, quaint community home to many musicians and artists. Others recall its deep history with roots leading back to the Revolutionary War — some buildings today still boast that George Washington himself spent time there.

Author Katherine Ramsland describes New Hope as a ‘ghost-filled town if there ever was one.’

Do you want to experience the hauntings of Pennsylvania for yourself? Check out our haunted locations and see if we offer a ghost tour in your city!

History of the New Hope

The territory of New Hope originally belonged to Lenni-Lenape and was then taken over by King Charles II of England. Afterward, the land was given to William Penn in the 17th century. Though the land had changed hands several times, the town was officially founded in 1722 by John Wells, who established a ferry to shuttle travelers along their journeys from New York and Philly. Later, mills were built in the area, soon becoming a popular vacation spot for the public from nearby metropolitan areas.

Just around the corner in 1776, George Washington led his troops across the Delaware River to fight the Hessians. General Washington then led his men through New Hope on their way to their winter encampment in Valley Forge.

Soon after, taverns and inns were constructed to take in weary travelers. The scenery then lured these travelers to visit New Hope regularly, and soon, the area began to attract residents.

New Hope was incorporated in 1837 by Benjamin Parry, the major contributor to the town’s prosperous period from the late 18th century to the early 19th century. Parry also played a significant role in building the first bridge from New Hope to New Jersey and instituting the city’s first bank.

Parry set the tone for New Hope’s successful record. The area boasted a playhouse that saw the likes of Grace Kelly, Bea Arthur, Liza Minelli, and Robert Redford. Some of the town’s most famous inhabitants are the ones who never left — and it’s been claimed that ghosts are ‘part and parcel of what New Hope is… you come here, and you feel it immediately.’

Pickett, a native of New Hope, made his living as an artist at the end of the nineteenth century in his studio on Mechanic Street. 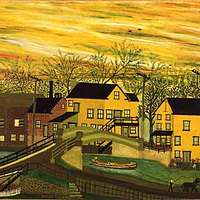 Pickett gained recognition long after his death in 1918, and a piece of him continues to carry on. Betty Hoffman, a studio resident in the 1940s, described seeing a man sitting on her bed. He wore dark trousers and a deep-toned shirt that was open at the neck. His hair was grey, and he had a grey mustache. He said nothing to her, but eventually, it dawned on her that she was looking at the ghost of Joseph Pickett.

While Pickett is the hometown ghost in New Hope, Aaron Burr is the most famous. Burr is known for many things, notably his infamous duel with Alexander Hamilton. Many may not be aware of this, but Burr fled to New Hope after the duel. Today, the Aaron Burr house acts as an inn — rumor has it Burr hid in this house for almost a week. Some say that Burr’s spirit still seeks refuge there, with people stating that they feel someone staring at them from behind. The phenomenon is now known as ‘Burr’s Sightless Stare.‘ 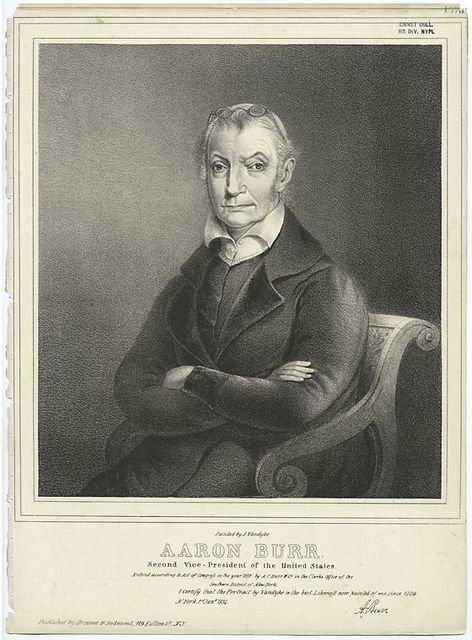 While there’s no questioning the odd happenings throughout the town of New Hope, The New Hope Historical Society states that: ‘without question, the most haunted place in New Hope is the Logan Inn.’

History of the Logan Inn

Once called the Ferry Tavern, the inn was built in 1727 by John Wells. It was renamed the Logan Inn in honor of Chief Logan of the Lenni-Lenape tribe in 1828. Today, it still serves as the oldest running establishment in the area. Near the entrance, a statue of the great Native American chief continues to watch over the inn today.

However, it is not Chief Logan or John Wells who keeps visitors on their toes during their stay at the Logan Inn. Several ghosts have been documented frequenting the inn, which has been referred to as one of the most haunted places in the country.

Gwen R. Davis, innkeeper of the Logan Inn from 1987 until 2001, recalls that room six has an extraordinary history. One explanation for the odd happenings in room six is the presence of Emily Lutz. Emily was related to the previous owner of the Logan Inn; according to history, she died in the inn. She continues to make her presence known today, shuffling items around on the dresser and opening and closing doors at will.

Another phenomenon in room six is that of a transparent man and woman with a child. When asked why they were there, they reportedly told a guest, ‘we’re just travelers; we’re just passing through.’

The staff and guests remark that none of the hauntings disturb them — no one feels unhappy because of the presence of ghosts, they’re comfortable with them, and the staff thinks the spirits are comfortable as well.

So, why is the Logan Inn so haunted? Charles Adams III, the author of Bucks County Ghost Stories, stated:

‘New Hope is the ideal place for a spirit because of its deep roots as a junction of trade. He attributes the building of early roads, and canals, as well as the presence of early settlers as laying the foundation for human conflict and drama in the town. This struggle, combined with the nearby fighting of the Revolutionary War, created a place of intense energy in which conflicted presences often reside.’

There’s no question that New Hope is an area rich in history and culture; apparently, the town is filled with the spirits of years, centuries, and gone by.