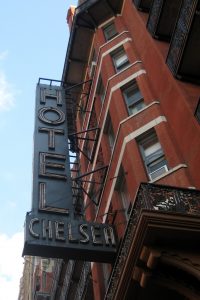 The historic Hotel Chelsea stands proudly at 222 West 23rd Street in New York, between Seventh and Eighth Avenues. It’s a gorgeous deep-red brick building with an intriguing mixture of Victorian gothic and Queen Anne styles. The hotel boasts intricate, wrought iron balconies, and a grand staircase guides guests to their haunted suites in the middle of the hotel.

The Chelsea Hotel has been touted as a ‘cauldron of creativity,’ a place every artist set out for. The hotel roster includes Mark Twain, The Grateful Dead, Janis Joplin, composers Virgil Thomson and Lou Reed, and even Andy Warhol, filmed at the Chelsea.

That’s just a peek at the famous visitors to this New York crown jewel — the hotel was a mecca for creative types, adored, even. Perhaps this love caused some of its former guests to stay behind.

Are you dying to experience the haunts of New York for yourself? Join us for a New York ghost tour!

History of the Hotel Chelsea

The hotel was conceived as a utopia for New York socialites. The architect that built the hotel was named Phillip Hubert — he was raised to be devoted to following French philosopher Charles Fourier’s theories. It was Charles that spurred the idea in Phillip that there should be self-contained settlements that meet the need of everyone. Charles believed that everyone who was in every profession should have all of their needs met. 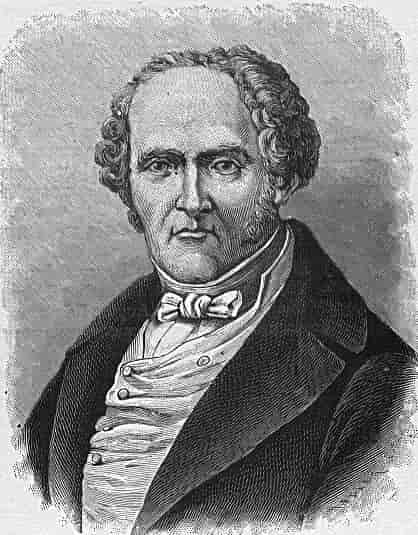 After the stock market crashed in 1873, Phillip decided to do a Fourierian experiment. He had planned to build apartment houses in the city — these apartments would be cooperative, which meant that the tenants would save money by sharing services and fuel. This was the first co-op housing location in New York and was very successful.

Hubert did his best to follow Charles’ teachings. He reserved apartments for those who had built the Chelsea structure. This included construction workers, interior designers, and plumbers. Hubert decided to surround these workers with musicians, writers, and actors. The top floor of the building was designed with fifteen different studios for artists.

Paintings were hung in the common dining room from the Hudson River School, and the ceilings and halls were decorated with natural items. The Chelsea was the tallest in the city at this time — it had just twelve stories — a stark difference to the high rises we see in New York today.

In 1905, Hubert was forced to file for bankruptcy. The Chelsea was no longer apartment housing but was converted to a luxury hotel. After WWII, room prices fell due to the decline of the hotel.

In the last half of a century, when the hotel was in operation, it was used as an artist’s colony — artists would meet and trade paintings for rent money, and some even lived in the building for free just by trading their artwork. Many tenants were disgruntled children of wealthy parents, looking for a way out. Tourists from around the world would pay for rooms to sit in the lobby and take in the art; the building was a living museum.

Stanley Bard was in charge of who came into the hotel and how much they had to pay. His father was one of the three men that purchased the hotel during its decline in 1943. It was Stanley who took over the management position in the 1970s.

Later, the hotel was sold to King & Grove, a hotel chain working on renovating and restoring the property to its original glory.

Haunts at the Chelsea

Many folks ask why so many artists and radicals were drawn to the hotel. Was it the creativity that ran rampant in its halls, or did something else entirely draw them in?

One of the most famous ghost stories at the Chelsea is that of a woman named Mary. She was a survivor of the Titanic disaster, losing her husband. She was depressed and distraught, understandably. Mary had ended up at the Chelsea and is said to have hung herself on the fifth floor.

These days, Mary is encountered at the western end of the building. She’s often seen under the archway in the hallway. It’s said that Mary is always looking at herself in the mirror, which gives her a reputation as the Vain Ghost. 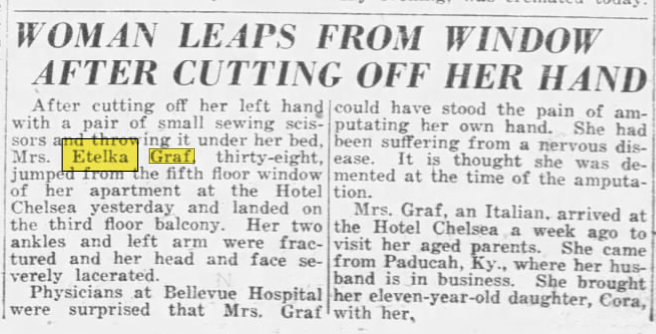 Another ghost is Nadia — ten years after Mary had hung herself, the Times reported a young woman who had jumped out of the window. She had grown up in the hotel, the spoiled daughter of a wealthy silk merchant whose family lived in a posh suite at the hotel. She was an artist, but her plans to pursue her vision were cut short when she met a handsome songwriter and ran away with him to get married. Nadia’s husband eventually slipped into alcoholism and left her alone with her two young children.

Nadia returned to the Chelsea and pleaded to her father to return; he said she could, but only under the condition that she take on the family chores and help bring in income.

Life became too much to bear, she had no time for her art anymore, and eventually, she had enough.

She is seen roaming the halls and the sidewalk on 23rd street, where she is said to have died. She’s seen as a transparent apparition with a long, wispy gown.

Love our blogs? Have any ideas for future articles? Are you dying to talk about it? Give us a shout, follow us on social media, and get the conversation started! Instagram: usghostadv

The Ghostly Residents of the Famed Literary Hotel Chelsea