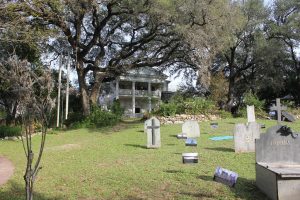 The Black Swan Inn has ties back to a Native American tribe from 5,500 BCE. Centuries after, it became the site of a battle between the Texan and Mexican armies in 1842.

With a history like that, it’s no surprise that the inn is considered one of Texas’s top ten haunted places. To explore some of San Antonio’s most haunted places, book a tour with River City Ghosts!

History of the Land

From before 5000 B.C. to around 1000 A.D., the area was the site of Native American encampments. Artifacts from this time can still be found here. Archaeologists have provided heaps of evidence showing that multiple Native American tribes lived on the land where the house currently sits. 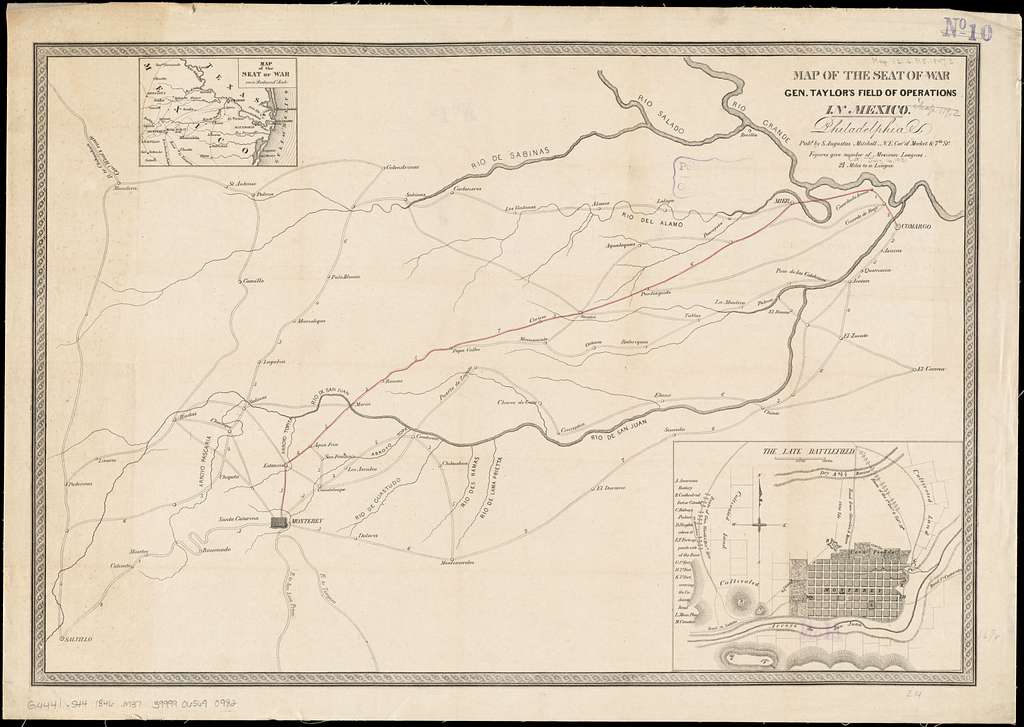 Map of General Taylor’s operations in Mexico. Source: Get Archive

Even more interesting, an ancient burial ground is thought to be directly underneath the home’s foundation — not a good sign, in the eyes of any ghost aficionado. There are stories of children playing in Salado Creek and reporting being chased from the area by Native American people.

On September 18th, 1842, General Adrian Woll, Sam Houston, and his men massacred more than 60 Mexican soldiers during the Battle of Salado. These men were left where they fell. Only one Texan lost his life, Steven Jett, during the battle. One report tells of a supposed ‘re-enactment’ witnessed by a guest who later discovered that no re-enactments were going on that day. 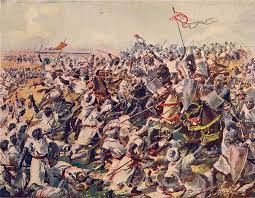 An illustration capturing the violence of the battle of Salado. Source: Wikimedia Commons

Thirty-five years after the battle of Salado between the Texan and Mexican armies, German immigrant Henrich Mahler founded a dairy farm on the land where the battle was held. He purchased the plot for $2,200 in 1887. They built the first home on the property. The couple had a few children and named the farm Bluebonnet Dairy. The Mahlers ran the farm until the mid-1930s.

The house’s history took an interesting turn soon after Mahler’s wife passed away. He followed her just two years later.

The Holbrooks and Woods families purchased the property shortly after that — the wives were sisters, and the entire group lived on the land there. They conducted extensive remodeling on the property and added two wings to extend the mansion to accommodate the growing families. After purchasing more land, a second home was built, but in 1901 it burned down.

They nicknamed the home ‘The White Gables,’ and when Jolene Woods married Hall Street, they took over the Gables entirely. Tragedy struck soon after, and Jolene died of cancer at thirty-eight years old. Her husband took the loss incredibly hard, and Hall was found dead on August 5th, 1965; he hung himself from the poster of a bed with his belt.

Although there was talk of Hall’s death having resulted from murder, officials ruled it a suicide and closed the books.

The property passed hands a few more times before it ended up in the hands of its current owner, Jo Ann Marks Andrews, who named the house Victoria’s Black Swan Inn after one of William Shakespeare’s favorite pubs.

The house is Jo Ann’s private residence, and her children also live in the home. Jo Ann’s mother spent a ton of time at the home and ended up passing away in one of the bedrooms after an illness.

The haunted history at the inn seems even more extensive than the history of the land itself.

People have identified the ghost of Mrs. Woods, Jolene’s mother, in the home. She seems to stay in a small bedroom in the south wing. She spent several years confined to the room before she had to be placed in a nursing home. Her final resting place was actually in one of the downstairs bedrooms, and that is the place where many guests experience an overwhelmingly oppressive energy and a feeling of hopelessness.

A few ghost hunters did an investigation at the home, and Park Street is said to have been contacted. According to investigators, Park was murdered and moved to another part of the home to make the death look like a suicide. It is believed that Park was killed over a treasure he still guards in the south wing. Others believe that the ghost of Heinrich drove Park to suicide.

The most unnerving spectral presence at the property is that of a man who has been spotted stalking angrily over the house. Rumor has it that he is the ghost of Park Street. Perhaps he’s looking for his lost wife, Jolene, who is said to haunt the inn after tragedy strikes.

Jolene is said to wander around the property in a luxurious white gown with a beaded medallion and a feather at the back over her dark hair. She’s seen chiefly around the gazebo.

Guests report bruises and scratches, images of a ghostly toddler, pinches from unseen hands, ghosts of children, and moving objects.